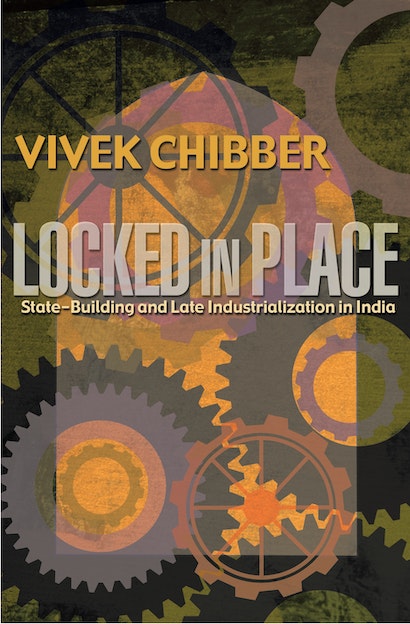 Why were some countries able to build “developmental states” in the decades after World War II while others were not? Through a richly detailed examination of India’s experience, Locked in Place argues that the critical factor was the reaction of domestic capitalists to the state-building project. During the 1950s and 1960s, India launched an extremely ambitious and highly regarded program of state-led development. But it soon became clear that the Indian state lacked the institutional capacity to carry out rapid industrialization. Drawing on newly available archival sources, Vivek Chibber mounts a forceful challenge to conventional arguments by showing that the insufficient state capacity stemmed mainly from Indian industrialists’ massive campaign, in the years after Independence, against a strong developmental state.


Chibber contrasts India’s experience with the success of a similar program of state-building in South Korea, where political elites managed to harness domestic capitalists to their agenda. He then develops a theory of the structural conditions that can account for the different reactions of Indian and Korean capitalists as rational responses to the distinct development models adopted in each country.


Provocative and marked by clarity of prose, this book is also the first historical study of India’s post-colonial industrial strategy. Emphasizing the central role of capital in the state-building process, and restoring class analysis to the core of the political economy of development, Locked in Place is an innovative work of theoretical power that will interest development specialists, political scientists, and historians of the subcontinent.

"[A]n important contribution to the larger theoretical debate about the role of the state in development and the place of class analysis. A British anthropologist friend remarked after reading it, 'How did he get a job in an American sociology department? Where is the post-modernism? Where are the regressions?' Instead we have a sustained analytical argument presented in writing that is crystal-clear and entirely free of jargon, with historical narrative of 'what was' tautly balanced with counterfactual 'what might have been.' The book assaults idle prejudice on every side of the debate about markets and the role of government. It is long overdue, and deserves to be widely read."—Robert Hunter Wade, European Journal of Sociology

"An excellent book on political economy that will interest scholars of economics, political science, and sociology and others concerned with economic development and the state structures that aid or hinder it. . . . Chibber has laid out an analysis of the political economy of development that cannot be ignored, and may offer important lessons for developing nations—and for those who would advise them—in the Middle East, Africa, and South America."—Choice

"Vivek Chibber's book is exceptionally clear, fresh, empirically rich, and analytically tight. It clears some conventional cobwebs in thinking about developmental states. It should be read widely."—Ronald J. Herring, Perspectives on Politics

"Chibber of course has much to contribute to the state-society debate, Indian historiography, and methodology germane to industrial change. His work provokes many questions and alternative counterfactuals for future research."—Anthony P. D'Costa, Journal of Asian Studies

"This book should become a cornerstone in all future efforts to explain divergent paths of development, and it will serve as a model for how to understand state policymaking and implementation in all types of economies."—Richard Lachmann, Social Forces

"[A] powerful assault on the intellectual assumptions, arguments and claims on which the prevailing neoliberal consensus in India rests. . . . [I]t will likely force much more serious historical research into the whole issue of the relationship of state and class in this period. [W]e have every reason to be grateful for this path-breaking work."—Achin Vanaik, New Left Review

"Vivek Chibber's Locked in Place is a brilliant, benchmark study of the developmental state and its dilemmas. Over the past two decades there has been a steady move away from systematic class analysis of state strategies toward state-centric approaches. Chibber decisively "brings class back in" in a nuanced and penetrating investigation of how class strategies constrain and intersect the institutional logics of developmental states."—Erik Olin Wright, University of Wisconsin, author of Class Counts and Class, Crisis and the State

"A truly outstanding book. Chibber presents a novel, powerful, and controversial central thesis that will be of great interest to scholars in the field. He beautifully elaborates the expected consequences of this thesis for comparative historical cases, and presents two critically important, contrasting cases to great effect, with lucidity and élan. The empirical matter is substantial, but is always presented economically and with modesty. The text is extremely well written. The provocative conclusions will, as they should, unquestionably stimulate a raft of further questions and new research."—Robert Brenner

"This book is an excellent piece of scholarship and an important contribution both to the ongoing comparative debate on the role of the state in development and to our understanding of India as a significant and weighty case within that debate. Marked by careful, detailed historical research and unrelenting engagement with general analytical issues, it will be an invaluable resource for future scholars trying to understand the emergence of the post-colonial state in India."—Peter Evans, author of Embedded Autonomy: States and Industrial Transformation