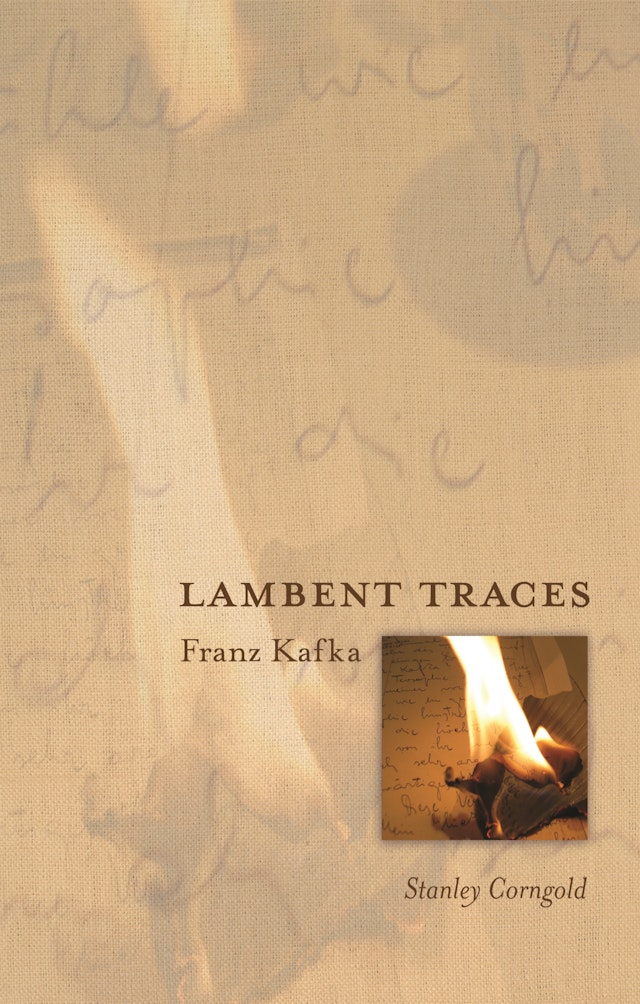 On the night of September 22, 1912, Franz Kafka wrote his story “The Judgment,” which came out of him “like a regular birth.” This act of creation struck him as an unmistakable sign of his literary destiny. Thereafter, the search of many of his characters for the Law, for a home, for artistic fulfillment can be understood as a figure for Kafka’s own search to reproduce the ecstasy of a single night.


In Lambent Traces: Franz Kafka, the preeminent American critic and translator of Franz Kafka traces the implications of Kafka’s literary breakthrough. Kafka’s first concern was not his responsibility to his culture but to his fate as literature, which he pursued by exploring “the limits of the human.” At the same time, he kept his transcendental longings sober by noting — with incomparable irony — their virtual impossibility.


At times Kafka’s passion for personal transcendence as a writer entered into a torturous and witty conflict with his desire for another sort of transcendence, one driven by a modern Gnosticism. This struggle prompted him continually to scrutinize different kinds of mediation, such as confessional writing, the dream, the media, the idea of marriage, skepticism, asceticism, and the imitation of death. Lambent Traces: Franz Kafka concludes with a reconstruction and critique of the approaches to Kafka by such major critics as Adorno, Gilman, and Deleuze and Guattari..

Stanley Corngold is Professor of German and Comparative Literature at Princeton University. His books include The Fate of the Self, Franz Kafka: The Necessity of Form, and Complex Pleasure as well as two translations of Kafka's The Metamorphosis and Selected Stories.

"One of the most compelling and instructive books on Kafka to appear in recent years."—Choice

"Readers of Lambent Traces will find themselves enraptured by Corngold's masterful explication of Kafka writing in ecstasy. This provocative work will constitute an exhilarating reading for literary scholars in general and Kafka scholars in particular."—David D. Kim, Focus on German Studies

"Lambent Traces is a stunning work of literary scholarship and critical thought, a brilliant engagement with one of the towering literary figures of the last century. Corngold is today's master reader of Kafka."—Russell Berman, Stanford University

"A new book on Kafka by a scholar as formidable as Stanley Corngold is a welcome event. Corngold's writing exerts the allure of the tight-rope walker high above the circus floor and makes for fascinating reading."—Mark Anderson, Columbia University