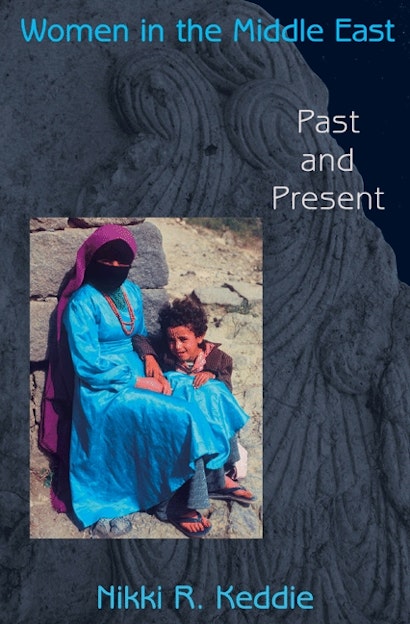 Written by a pioneer in the field of Middle Eastern women’s history, Women in the Middle East is a concise, comprehensive, and authoritative history of the lives of the region’s women since the rise of Islam. Nikki Keddie shows why hostile or apologetic responses are completely inadequate to the diversity and richness of the lives of Middle Eastern women, and she provides a unique overview of their past and rapidly changing present. The book also includes a brief autobiography that recounts Keddie’s political activism as one of the first women in Middle East Studies.


Positioning women within their individual economic situations, identities, families, and geographies, Women in the Middle East examines the experiences of women in the Ottoman Empire and Turkey, in Iran, and in all the Arab countries. Keddie discusses the interaction of a changing Islam with political, cultural, and socioeconomic developments. In doing so, she shows that, like other major religions, Islam incorporated ideas and practices of male superiority but also provoked challenges to them. Keddie breaks with notions of Middle Eastern women as faceless victims, and assesses their involvement in the rise of modern nationalist, socialist, and Islamist movements. While acknowledging that conservative trends are strong, she notes that there have been significant improvements in Middle Eastern women’s suffrage, education, marital choice, and health.

Nikki R. Keddie is Professor Emerita of Middle Eastern and Iranian History at the University of California, Los Angeles, and the author of numerous books, including Modern Iran and An Islamic Response to Imperialism.

"This remarkable book enriches the field of Middle Eastern studies. . . . To read these interviews from almost two decades ago is to be struck by how much the world and Middle Eastern studies have changed since. For the new prominence of scholarship about women, no little credit is due Nikki Keddie."—Haleh Esfandiari, Wilson Quarterly

"All readers will enjoy the superb photographs, most of which were taken by the author during the 1970s...Graduate students will benefit from reading Keddie's nuanced understanding of the field's development from her perspective in 1978 and nearly a quarter of a century later."—M.L. Russell, Choice

"This collection of papers is a useful reminder both of the evolving scholarship dealing with women in the Middle East, and of the significant contributions that Keddie has made to that scholarship. It is an important addition to the library of anyone interested in this subject."—John O. Voll, Journal of Social History

"Women in the Middle East is a broad, accessible book that deals superbly well with the historical literature. It is also an intriguing experiment in combining genres from a pioneer of Middle Eastern women's history."—Lila Abu-Lughod, Columbia University

"This intriguing book brings together the scholarship of one of the great pioneers and advocates of Middle Eastern women's history and offers a fresh synthesis that integrates the literature of the past three decades into a single narrative. As such, it has no competitors."—Beth Baron, Graduate Center of the City University of New York