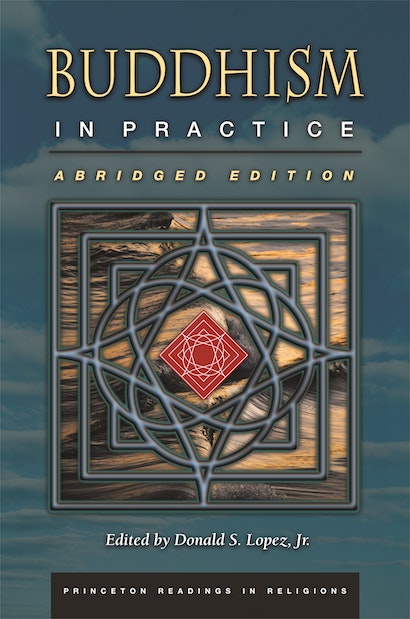 This anthology, first published in 1995, illustrates the vast scope of Buddhist practice in Asia, past and present. Re-released now in a slimmer but still extensive edition, Buddhism in Practice presents a selection of thirty-five translated texts — each preceded by a substantial introduction by its translator.


These unusual sources provides the reader with a sense of the remarkable diversity of the practices of persons who over the course of 2,500 years have been identified, by themselves or by others, as Buddhists. Demonstrating the many continuities among the practices of Buddhist cultures widely separated by both history and geography, Buddhism in Practice continues to provide an ideal introduction to Buddhism and a source of new insights for scholars.

"Praise for Princeton's previous edition: "Buddhism in Practice . . . constitute[s] a benchmark of where Buddhist studies has been, and where it is going. By endeavoring to break the circularity of the knowledge process, by which we recognize as 'Buddhist' only what we already think of as Buddhist, Lopez has opened a new course for a self-reflexive Buddhology.""—Timothy Brook, Journal of Asian Studies

"Praise for Princeton's previous edition: "Like an all-star professional athletic team, the contributors to this volume bring credentials as world famous scholars of Buddhism. . . . [This] anthology contains a variety that shatters the narrowness of previous collections of texts.""—William Huntley, Education About ASIA