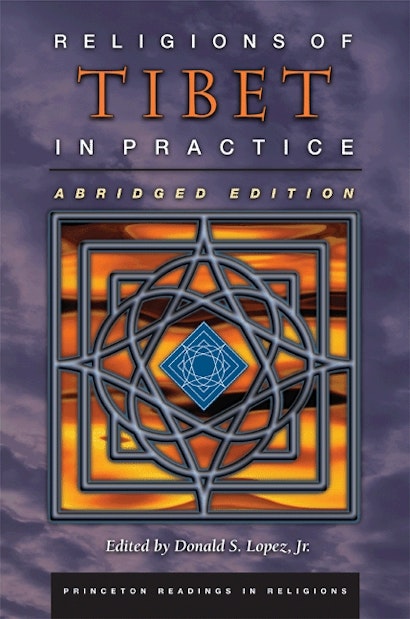 Originally published in 1997, Religions of Tibet in Practice is a landmark work — the first major anthology on the topic ever produced. This new edition — abridged to further facilitate course use — presents a stunning array of works that together offer an unparalleled view of the Tibetan religious landscape over the centuries.


Organized thematically, the twenty-eight chapters are testimony to the vast scope of religious practice in the Tibetan world, past and present. Religions of Tibet in Practice remains a work of great value to scholars, students, and general readers.

"Praise for Princeton's previous edition: "Religions of Tibet in Practice is by far the richest sourcebook of Tibetan texts available and will reward both the specialist and the patient general reader.""—Roger Jackson, Religious Studies Review

"Praise for Princeton's previous edition: "[A] valuable contribution to the study of Tibetan religion and culture.""—Amy Lavine, Journal of Religion

"Praise for Princeton's previous edition: "The anthology is replete with fascinating, important, material; and—remarkably for a work with so many authors—uniformly well-written. Anyone interested in gaining an overall sense of what constitutes Tibetan religious thought in all its multifarious ramifications could hardly have a more helpful introduction.""—David Hicks, Asian Thought and Society

"Praise for Princeton's previous edition: "This anthology on Tibetan religions is a first of its kind. . . . [The contributors] are among the best in the growing field. . . . Significant and groundbreaking.""—Choice