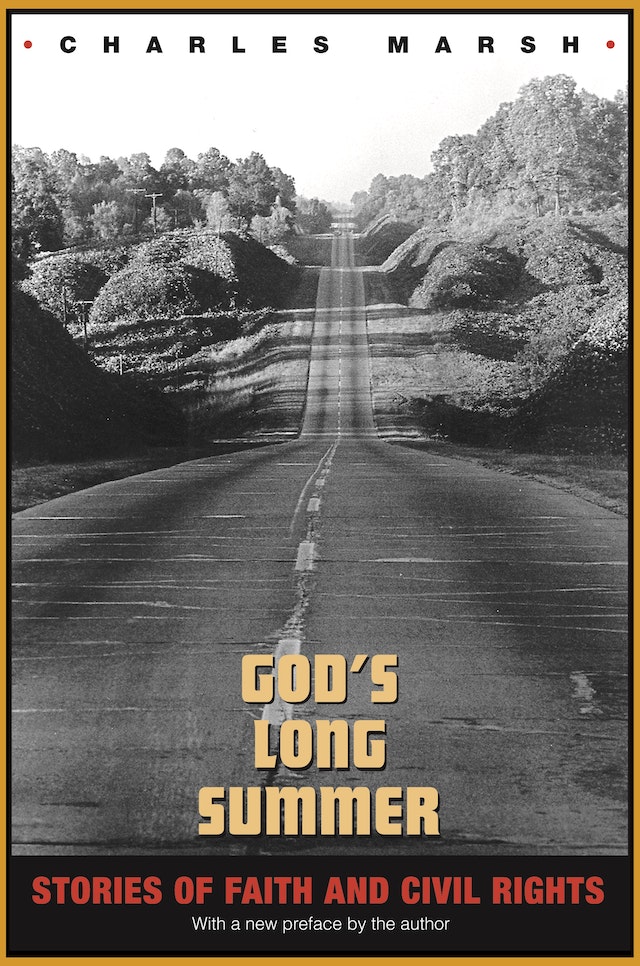 In the summer of 1964, the turmoil of the civil rights movement reached its peak in Mississippi, with activists across the political spectrum claiming that God was on their side in the struggle over racial justice. This was the summer when violence against blacks increased at an alarming rate and when the murder of three civil rights workers in Mississippi resulted in national media attention. Charles Marsh takes us back to this place and time, when the lives of activists on all sides of the civil rights issue converged and their images of God clashed. He weaves their voices into a gripping narrative: a Ku Klux Klansman, for example, borrows fiery language from the Bible to link attacks on blacks to his “priestly calling”; a middle-aged woman describes how the Gospel inspired her to rally other African Americans to fight peacefully for their dignity; a SNCC worker tells of harrowing encounters with angry white mobs and his pilgrimage toward a new racial spirituality called Black Power. Through these emotionally charged stories, Marsh invites us to consider the civil rights movement anew, in terms of religion as a powerful yet protean force driving social action.


Marsh focuses on the events and religious convictions that led each person into the political upheaval of 1964. He presents an unforgettable American social landscape, one that is by turns shameful and inspiring. In conclusion, Marsh suggests that it may be possible to sift among these narratives and lay the groundwork for a new thinking about racial reconciliation and the beloved community. He maintains that the person who embraces faith’s life-affirming energies will leave behind a most powerful legacy of social activism and compassion.

Charles Marsh is professor of religious studies and director of the Project on Lived Theology at the University of Virginia. A graduate of Harvard Divinity School, he is the author of Reclaiming Dietrich Bonhoeffer, The Last Days and, most recently, The Beloved Community: How Faith Shapes Social Justice, from the Civil Rights Movement to Today.

"Marsh celebrates the importance of Christian faith in founding the civil rights movement, [exploring] as well the devastating dichotomy of hate and prejudice."—Andrew Young

"Mississippi Freedom Summer tested my commitment and my faith.... To this day, I wonder how those who opposed us reconciled their faith with their hatred and their anger or even their inaction. [Marsh] admirably attempts to explore this unfathomable paradox."—John Lewis, Member of Congress, 5th District, Georgia

"This wonderfully narrated book offers truths about the civil rights struggle of the 1960s often overlooked-the intensely moral and spiritual side of an effort that had an enormous impact on our secular life."—Robert Coles