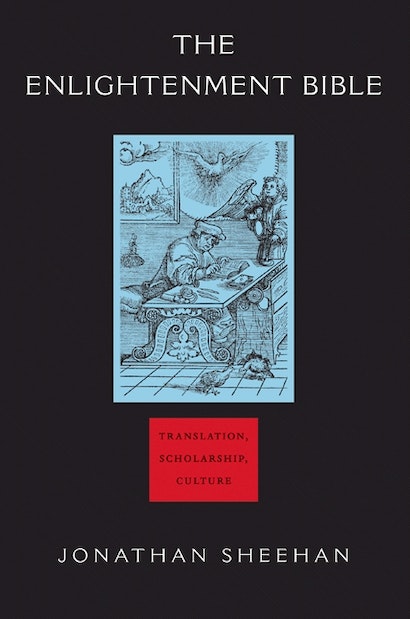 How did the Bible survive the Enlightenment? In this book, Jonathan Sheehan shows how Protestant translators and scholars in the eighteenth century transformed the Bible from a book justified by theology to one justified by culture. In doing so, the Bible was made into the cornerstone of Western heritage and invested with meaning, authority, and significance even for a secular age.

The Enlightenment Bible offers a new history of the Bible in the century of its greatest crisis and, in turn, a new vision of this century and its effects on religion. Although the Enlightenment has long symbolized the corrosive effects of modernity on religion, Sheehan shows how the Bible survived, and even thrived in this cradle of ostensible secularization. Indeed, in eighteenth-century Protestant Europe, biblical scholarship and translation became more vigorous and culturally significant than at any time since the Reformation. From across the theological spectrum, European scholars — especially German and English — exerted tremendous energies to rejuvenate the Bible, reinterpret its meaning, and reinvest it with new authority.


Poets, pedagogues, philosophers, literary critics, philologists, and historians together built a post-theological Bible, a monument for a new religious era. These literati forged the Bible into a cultural text, transforming the theological core of the Judeo-Christian tradition. In the end, the Enlightenment gave the Bible the power to endure the corrosive effects of modernity, not as a theological text but as the foundation of Western culture.

Jonathan Sheehan is Associate Professor of History at the University of Michigan. He is the author of a number of articles on European religion and its transformations, and winner of fellowships from the National Endowment for the Humanities, the Woodrow Wilson Foundation, and the Andrew Mellon Foundation.

"Sheehan's narrative is engaging and replete with fascinating detail. . . . Sheehan's scholarship is praiseworthy, his erudition impressive, and his writing often elegant. This book represents a welcome contribution to modern European intellectual history and the history of biblical scholarship."—Thomas Albert Howard, American Historical Review

"This is a book that needed to be written, and it has been written very well. . . . [V]ery important, stimulating and accessible."—Anthony Page, Journal of British Studies

"A model of comparative history. . . . This book is not only a work about the Enlightenment; it is also a work of enlightenment."—David Kling, Church History

"For those happy that the Bible should be a cultural artifact, and for those who seek to encounter the God of Abraham and Jesus through its pages, this is a valuable account of how modernity's characteristic construal of the Bible came about."—Walter Moberly, Reviews in Religion and Theology

"Sheehan's scholarly accomplishment and historical contribution comes from the extensive new research he has done on the largely unrecorded history of Bible translation. . . . Sheehan has thus introduced a whole new set of books and characters to track down and lines of questioning to explore. For that gift alone, German historians should rejoice."—John R. Holloran, H-Net Reviews

"This lively, elegant and erudite book sheds new light on intellectual relations between eighteenth-century Germany and England. The book will have much to offer historians of the early-modern period, as well as historians of science, literary critics, and theologians."—Anthony Grafton, Princeton University

"I can genuinely say that this is one of the most interesting books I have read in a long time. Elegantly written, it presents the issues in a clear, thorough, and scholarly fashion. It is sure to win high praise."—Susannah Heschel, Dartmouth College