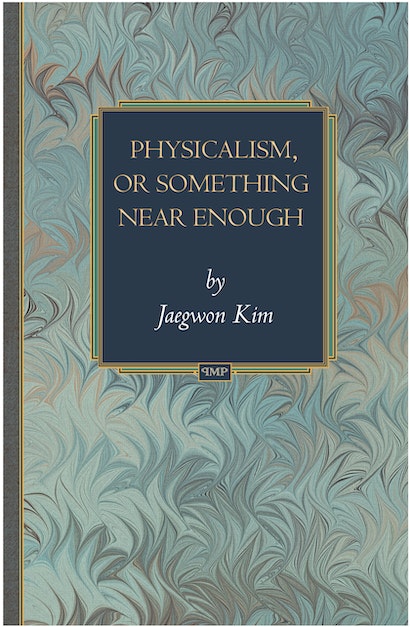 Contemporary discussions in philosophy of mind have largely been shaped by physicalism, the doctrine that all phenomena are ultimately physical. Here, Jaegwon Kim presents the most comprehensive and systematic presentation yet of his influential ideas on the mind-body problem. He seeks to determine, after half a century of debate: What kind of (or “how much”) physicalism can we lay claim to? He begins by laying out mental causation and consciousness as the two principal challenges to contemporary physicalism. How can minds exercise their causal powers in a physical world? Is a physicalist account of consciousness possible?


The book’s starting point is the “supervenience” argument (sometimes called the “exclusion” argument), which Kim reformulates in an extended defense. This argument shows that the contemporary physicalist faces a stark choice between reductionism (the idea that mental phenomena are physically reducible) and epiphenomenalism (the view that mental phenomena are causally impotent). Along the way, Kim presents a novel argument showing that Cartesian substance dualism offers no help with mental causation.


Mind-body reduction, therefore, is required to save mental causation. But are minds physically reducible? Kim argues that all but one type of mental phenomena are reducible, including intentional mental phenomena, such as beliefs and desires. The apparent exceptions are the intrinsic, felt qualities of conscious experiences (“qualia”). Kim argues, however, that certain relational properties of qualia, in particular their similarities and differences, are behaviorally manifest and hence in principle reducible, and that it is these relational properties of qualia that are central to their cognitive roles. The causal efficacy of qualia, therefore, is not entirely lost.


According to Kim, then, while physicalism is not the whole truth, it is the truth near enough.

Jaegwon Kim is William Herbert Perry Faunce Professor of Philosophy at Brown University. His previous books include Mind in a Physical World, Philosophy of Mind, and Supervenience and Mind.

"In this compact and readable book, Jaegwon Kim provides an overview of his considered position on the mind-body problem, updating and refining several familiar arguments as well as introducing newer material to round out his map of the terrain. The position 'near enough' to physicalism endorsed at the end holds that, with the exception of the intrinsic features of phenomenal states, mental properties are physically reducible via functional analysis."—D. Gene Witmer, Mind

"This is an excellent book by one of the world's best philosophers working on the metaphysics of mind. Nobody who is interested in the mind-body problem . . . should miss the opportunity to study this book carefully."—Jesper Kallestrup, Philosophical Quarterly

"Kim's Physicalism, or Something Near Enough presents philosophy at its best. The arguments contained in it are interesting and stimulating, and the discussion of opposed views is fair and highly productive. I enjoyed reading this book. It deserves to be read by anyone interested in the metaphysics of consciousness and mind."—Yaron Senderowicz, Pragmatics & Cognition

"Physicalism: Or Something Near Enough is vintage Kim, and well worth reading for anyone interested in physicalism in the philosophy of mind."—Thomas W. Smythe, Philosophical Psychology

"This is a fine volume that clarifies, defends, and moves beyond the views that Kim presented in Mind in a Physical World. Chapter by chapter, it is philosophically interesting and engagingly written."—Karen Bennett, Princeton University