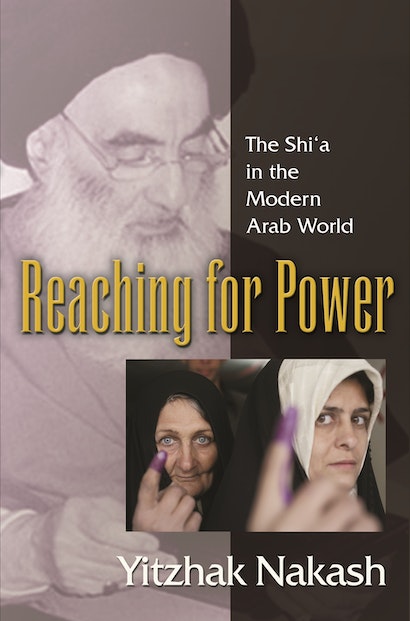 As the world focuses on the conflict in Iraq, the most important political players in that country today are not the Sunni insurgents. Instead, they are Iraq’s Shi’I majority — part of the Middle East’s ninety million Shi’I Muslims who hold the key to the future of the region and the relations between Muslim and Western societies. So contends Yitzhak Nakash, one of the world’s foremost experts on Shi’ism.


With his characteristic verve and style, Nakash traces the role of the Shi’is in the struggle that is raging today among Muslims for the soul of Islam. He shows that in contrast to the growing militancy among Sunni groups since the 1990s, Shi’is have shifted their focus from confrontation to accommodation with the West. Constituting sixty percent of the population of Iraq, they stand squarely at the center of the U.S government’s attempt to remake the Middle East and bring democracy to the region. This groundbreaking book addresses the crucial importance of Shi’is to the U.S. endeavor. Yet it also alerts readers to the strong nationalist sentiments of Shi’is, underscoring the difficult challenge that the United States faces in attempting to impose a new order in the Middle East.


The book provides a comprehensive historical perspective on Shi’ism, beginning with the emergence of the movement during the seventh century, continuing through its rise as a political force since the Iranian Islamic Revolution of 1978-79, and leading up to the Iraqi elections of January 2005. Drawing extensively on Arabic sources, this comparative study highlights the reciprocal influences shaping the political development of Shi’is in Iraq, Saudi Arabia, Bahrain, and Lebanon, as well as the impact of the revival of Shi’ism on the larger Arab world. The narrative concludes with an assessment of the risks and possibilities arising from the assertion of Shi’I power in Iraq and from America’s attempt to play an increasingly forceful role in the Middle East.


A landmark book and a work of remarkable scholarship, Reaching for Power illuminates the Shi’a resurgence amid the shifting geopolitics of the Middle East.

Yitzhak Nakash is associate professor of Middle Eastern and Islamic studies at Brandeis University. The author of The Shi'is of Iraq (Princeton), he has contributed articles to Foreign Affairs, Newsweek, and the New York Times.

"Yitzhak Nakash's book, based on a vast array of sources in Arabic, is a precious guide to understanding the real stakes in the conflicts among different religious and political tendencies in Arab countries."—Gilles Kepel, American Prospect

"Reaching for Power is more than just the best recent introduction to Shi'i politics in the Arab world. By basing his study on mainly Arab sources, he offers a rare insight into the Shi'i political thought and their ways of commemorating their past.""—Guido Steinberg, International Affairs

"Well-written, timely, and generally accessible. . . . Reaching for Power is timely and highly relevant. It is clearly suitable for a course on Middle East politics, and should make the recommended reading list for policy pundits and US government officials contemplating the future of Iraq."—Lara Deeb, Middle East Journal

"In this quietly optimistic work, Nakash sees Shi'ism as taking a lead in inspiring reform in the Arab world."—Fiona Capp, The Age

"Nakash predicted that Iraq could descend into civil war or could lead the way to revolutionary change throughout the Arab world. Unfortunately, the pessimistic view has, to date, proven correct. . . . Nakash has written a book that will be eminently useful for professors and students who want to update the received wisdom that 'real' Islam is Sunni and Shi'i Islam is a minority sect mostly associated with Iran. It is clear that scholars and general readers need to learn more about yet another transformation within the Arab world, and this concise book is the place to start."—Nancy E. Gallagher, Digest of Middle East Studies

"The most significant long-term shift in the Muslim world today is the rise of the Shi'a, a process that has begun in Iraq but will not end there. No one can better explain this upheaval, and what it means for the entire Arab world, than Yitzhak Nakash."—Fareed Zakaria, editor, Newsweek International; author of The Future of Freedom

"Yitzhak Nakash has written a wonderfully lucid and illuminating account of Shi'i history and politics in four Middle Eastern countries. He provides a fine reading of religious ideology and uses the comparative method masterfully. This book is required reading for anyone who hopes to have intelligent views about what is happening in the Islamic world."—Michael Walzer, Institute for Advanced Study; author of Just and Unjust Wars.

"The Shia—long a suppressed minority—are reaching for power in the modern Arab world. It is vital for American policy-makers to understand their history, their suffering, and their aspirations. Yitzhak Nakash's book is an authoritative guide to the Shia Revolution."—Michael Ignatieff, Carr Professor of Human Rights, Kennedy School of Government, Harvard University