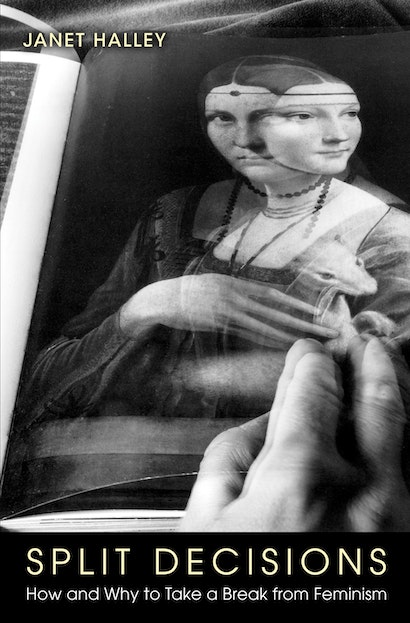 Is it time to take a break from feminism? In this pathbreaking book, Janet Halley reassesses the place of feminism in the law and politics of sexuality. She argues that sexuality involves deeply contested and clashing realities and interests, and that feminism helps us understand only some of them. To see crucial dimensions of sexuality that feminism does not reveal — the interests of gays and lesbians to be sure, but also those of men, and of constituencies and values beyond the realm of sex and gender — we might need to take a break from feminism.


Halley also invites feminism to abandon its uncritical relationship to its own power. Feminists are, in many areas of social and political life, partners in governance. To govern responsibly, even on behalf of women, Halley urges, feminists should try taking a break from their own presuppositions.


Halley offers a genealogy of various feminisms and of gay, queer, and trans theories as they split from each other in the United States during the 1980s and 1990s. All these incommensurate theories, she argues, enrich thinking on the left not despite their break from each other but because of it. She concludes by examining legal cases to show how taking a break from feminism can change your very perceptions of what’s at stake in a decision and liberate you to decide it anew.

Janet Halley is Royall Professor of Law at Harvard Law School, where she teaches family law, comparative family law, discrimination law, the legal regulation of sexuality, and legal theory. She is the author of Don't: A Reader's Guide to Military Anti-Gay Policy and, with Wendy Brown, coeditor of Left Legalism/Left Critique.

"A groundbreaking book examining the contradictions and limitations of feminism in the law. . . . Halley is critical of feminists for relying primarily upon a 'prohibitionist' approach that identifies what's bad in the world and then writes a statute making it unlawful."—Michelle Bates Deakin, Harvard Law Bulletin

"Janet Halley's readings of texts are an example of a form of theorizing that can take a break from feminism without dismissing feminist theory from the discussion. As a polemic the book pleads for openness as theorists, an engagement with ideas, events, and politics without knowing in advance our purpose or end point."—Claire Rasmussen, Law and Politics Book Review

"A provocative and refreshing look at where the pieces have fallen since the feminist sex wars of the 1980s and theoretical developments that have followed in the past two decades. Halley's first person, conversational style . . . is bold, witty, candid, incisive and accessible. A potentially polarizing call to take a break from feminism could not be more elegantly presented."—Prabha Kotiswaran, Feminist Legal Studies

"Split Decisions is a bold and nuanced new approach to questions of feminism and sexuality. In a field that's crowded with politically correct dogma and snide reaction, it stands out as critique in the noblest sense of that tradition: Halley is sensitive to feminism's contributions but she also refuses to apologize for its contradictions and its limitations. Split Decisions is more than a critique; it initiates a paradigm shift—Halley offers insights into the intersection of law and feminism that have never been seen in print before."—Richard T. Ford, Stanford Law School

"This is a wide-ranging, vastly original, knowing, and challenging book; there is nothing like it in any of the antinormative challenges of the last two decades. What's more, its cheerful polemic is a pleasure to read."—Lauren Berlant, University of Chicago, author of The Queen of America Goes to Washington City: Essays on Sex and Citizenship