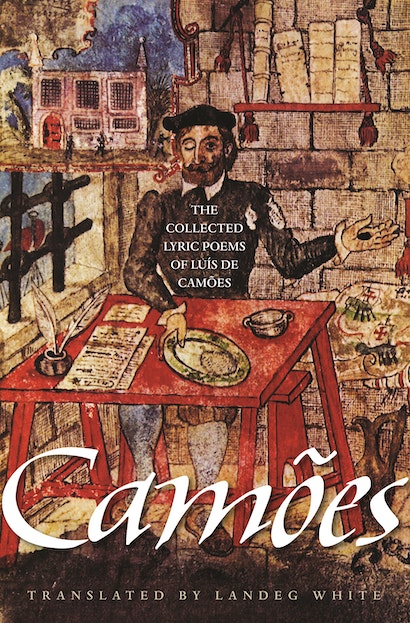 Luís de Camões is world famous as the author of the great Renaissance epic The Lusíads, but his large and equally great body of lyric poetry is still almost completely unknown outside his native Portugal. In The Collected Lyric Poems of Luís de Camões, the award-winning translator of The Lusíads gives English readers the first comprehensive collection of Camões’s sonnets, songs, elegies, hymns, odes, eclogues, and other poems — more than 280 lyrics altogether, all rendered in engaging verse.


Camões (1524-1580) was the first great European artist to cross into the Southern Hemisphere, and his poetry bears the marks of nearly two decades spent in north and east Africa, the Persian Gulf, India, and Macau. From an elegy set in Morocco, to a hymn written at Cape Guardafui on the northern tip of Somalia, to the first modern European love poems for a non-European woman, these lyrics reflect Camões’s encounters with radically unfamiliar peoples and places. Translator Landeg White has arranged the poems to follow the order of Camões’s travels, making the book read like a journey. The work of one of the first European cosmopolitans, these poems demonstrate that Camões would deserve his place among the great poets even if he had never written his epic.

Landeg White is the translator of The Lusíads of Luís Vaz de Camões (Oxford World's Classics), which won the Teixeira-Gomes Prize for translation in 1998. A prolific poet and scholar, he teaches English and American studies at Universidade Aberta in Lisbon, Portugal.

"These translations bring Camões's genius within reach of an audience who cannot read the elegant, intricate Portuguese originals. The volume is a worthy and timely addition to the classics of poetry in translation published as part of Princeton's Lockert Library Series."—Claire Williams, Times Literary Supplement

"Bringing a fresh, substantial selection of the lyrical poetry of Luks de Camoes into English, White's objective is to capture the 'naturalness and lucidity' of the poet's language. Accompanying more than 150 sonnets are songs, odes, eclogues, elegies, hymns, eights (octavas), and a sestina, the widest range of Camoes's lyrical poetry rendered in English since Richard Burton's more than a century ago."—K. D. Jackson, Choice

"What an occasion! What a treasure! This book makes available for the first time in English a unique body of Renaissance poetry and a great classic of Western literature. Ably translated by Landeg White, this is a truly valuable literary achievement."—Richard Howard, series editor of the Lockert Library of Poetry in Translation, and author of Inner Voices: Selected Poems, 1963-2003

"This book is a major achievement. Superbly clear and seemingly effortless, Landeg White's translations reveal a thoroughly modern and engaging Camões, one who will undoubtedly speak to new generations of readers. White's organization of the poems by Camões's travels to Africa, India, and beyond makes the book read like a journey and gives a provocative vision of Camões's range as a poet. This book sets a new standard for readers and translators of Portuguese poetry."—José Luiz Passos, University of California, Los Angeles