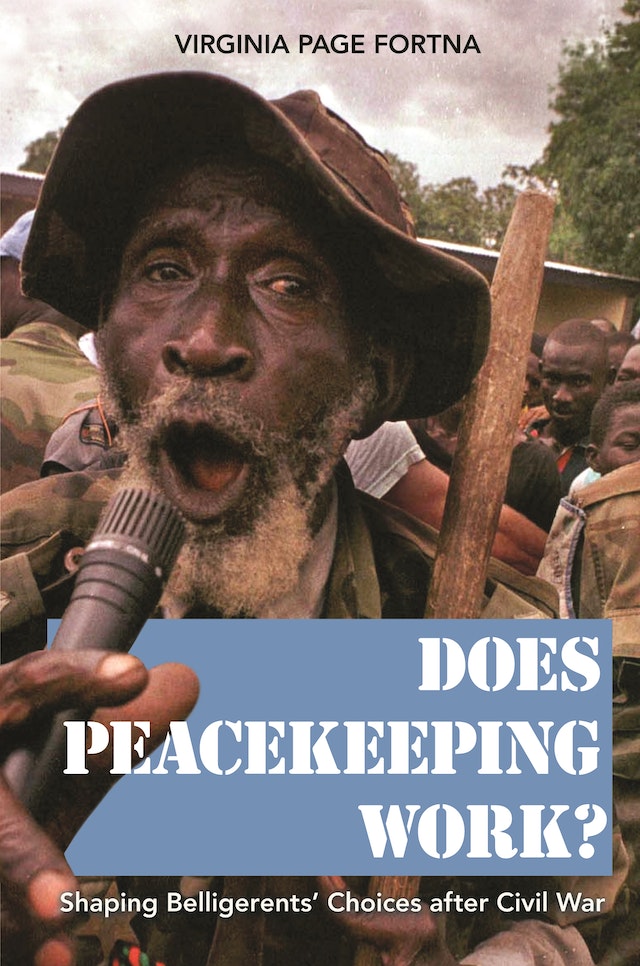 In the last fifteen years, the number, size, and scope of peacekeeping missions deployed in the aftermath of civil wars have increased exponentially. From Croatia and Cambodia, to Nicaragua and Namibia, international personnel have been sent to maintain peace around the world. But does peacekeeping work? And if so, how? In Does Peacekeeping Work? Virginia Page Fortna answers these questions through the systematic analysis of civil wars that have taken place since the end of the Cold War. She compares peacekeeping and nonpeacekeeping cases, and she investigates where peacekeepers go, showing that their missions are crucial to the most severe internal conflicts in countries and regions where peace is otherwise likely to falter.


Fortna demonstrates that peacekeeping is an extremely effective policy tool, dramatically reducing the risk that war will resume. Moreover, she explains that relatively small and militarily weak consent-based peacekeeping operations are often just as effective as larger, more robust enforcement missions. Fortna examines the causal mechanisms of peacekeeping, paying particular attention to the perspective of the peacekept — the belligerents themselves — on whose decisions the stability of peace depends. Based on interviews with government and rebel leaders in Sierra Leone, Mozambique, and the Chittagong Hill Tracts in Bangladesh, Does Peacekeeping Work? demonstrates specific ways in which peacekeepers alter incentives, alleviate fear and mistrust, prevent accidental escalation to war, and shape political procedures to stabilize peace.

Virginia Page Fortna is associate professor of political science at Columbia University. She is the author of Peace Time: Cease-Fire Agreements and the Durability of Peace (Princeton).

"Virginia Page Fortna has written a compelling and courageous book—compelling in the reinforcing comparisons that it makes between aggregate data and case-based research, and courageous in its first-person interviews, conducted with those who perpetrated as well as ended civil wars. The book bridges the worlds of the high-flying 'quant' who sees only forests of data, and the ground-based case researcher knee-deep in political leaf litter. Drawing particular strength from the oft-ignored perspective of those on whose behalf peacekeepers do their work, Fortna's convergent analyses advance our understanding not only of how peacekeeping works but why."—William J. Durch, Henry L. Stimson Center

"Does Peacekeeping Work? is well crafted, tightly argued, intelligent, and thorough. Fortna makes her case for peacekeeping as a successful tool very well. Germane to the important issues, this book will be widely cited and widely employed."—Robert I. Rotberg, Harvard University