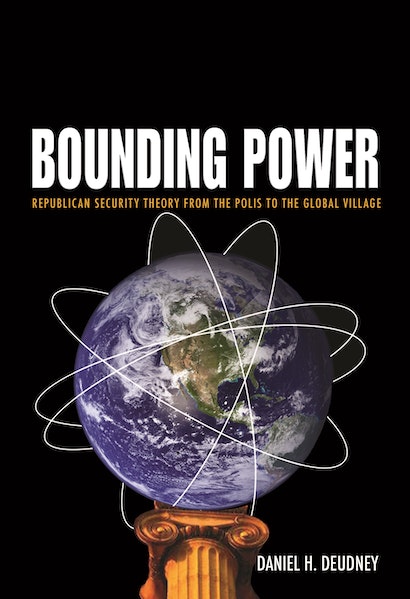 Realism, the dominant theory of international relations, particularly regarding security, seems compelling in part because of its claim to embody so much of Western political thought from the ancient Greeks to the present. Its main challenger, liberalism, looks to Kant and nineteenth-century economists. Despite their many insights, neither realism nor liberalism gives us adequate tools to grapple with security globalization, the liberal ascent, and the American role in their development. In reality, both realism and liberalism and their main insights were largely invented by republicans writing about republics.


The main ideas of realism and liberalism are but fragments of republican security theory, whose primary claim is that security entails the simultaneous avoidance of the extremes of anarchy and hierarchy, and that the size of the space within which this is necessary has expanded due to technological change.


In Daniel Deudney’s reading, there is one main security tradition and its fragmentary descendants. This theory began in classical antiquity, and its pivotal early modern and Enlightenment culmination was the founding of the United States. Moving into the industrial and nuclear eras, this line of thinking becomes the basis for the claim that mutually restraining world government is now necessary for security and that political liberty cannot survive without new types of global unions.


Unique in scope, depth, and timeliness, Bounding Power offers an international political theory for our fractious and perilous global village.

"A long-awaited and truly brilliant book, Bounding Power presents nothing less than a major new vision of world politics—while, along the way, reinterpreting the classic philosophical traditions in international relations, providing striking portraits of the evolving logic of order in major historical eras, and illuminating possible global futures. . . . [F]ew books on world politics have ever looked so searchingly at the past to see the future."—G. John Ikenberry, Foreign Affairs

"Among books on international relations theory, this is one of the most important works to be published in recent years. . . . Deudney synthesizes traditional IR theory with the logic of republican politics, producing a book that is as creative and original as it is erudite and sophisticated. . . . Bounding Power is destined to become a classic work of IR theory."—Charles A. Kupchan, Perspectives on Politics

"This expansive investigation into the history of international relations theory is as insightful as it is enlightening.... [T]his book is a major achievement, and should become indispensable for graduate-level courses in IR theory."—Choice

"This wide-ranging and ground-breaking book is packed with historical claims and theoretical concepts related to its central theme: the existence, configuration, and the continued relevance of republican security theory (RST) from ancient Greece to the present."—Casper Sylvest, Political Studies Review

"Bounding Power is a rare book in that it combines a magisterial sweep of the history of political thought with provocative claims about the nature of political order. It is a testament to its power that establishing republican security theory as a serious competitor (as well as parent) to realism and liberalism is only one of Deudney's accomplishments in the book. Well written, thought provoking and sometimes startling in its insights, Bounding Power is destined to become a landmark in international political theory for years to come."—Michael J. Boyle, International Affairs

"With Bounding Power, Daniel Deudney makes a masterly contribution to the renaissance of classical political theory in contemporary thought about world politics. . . . Long in gestation, Bounding Power is a vigorously argued and sophisticated book, which contains a number of important strands of discussion that combine to make the case for what Deudney labels 'republican security theory.' . . . Deudney has certainly opened new vistas of classical political theory to international relations scholars."—Takashi Inoguchi, Ethics and International Affairs

"[T]he book . . . provides a subtle and refreshing critique of Realist understanding of the relations of states as security seekers. . . . This revisionist approach is particularly welcome in the disciplines of political theory—by broadening the international dimension of the history of political thinking—and of intellectual history—by bringing together arguments that have usually been treated as conceptually distinct. It also provides a conceptual framework for addressing our contemporary security concerns and thereby alleviates the anxieties that the future might hold."—Theodore Christov, European Legacy

"Bounding Power has the potential to revolutionize international political thought. Such an exciting book comes along once in a blue moon."—David A. Welch, University of Toronto, author of Painful Choices: A Theory of Foreign Policy Change and Justice and the Genesis of War

"Daniel Deudney is one of the most creative thinkers in contemporary political science. In this captivating and wide-ranging book, he retrieves classical ideas of republican security theory to critique realist and liberal interpretations of present-day globalization and the ascent of liberal democracy. He then offers novel republican solutions for future world order that square the circle of avoiding nuclear violence while preserving individual freedom."—Henry Nau, George Washington University

"To say that Bounding Power is a significant contribution to the field is an understatement. Indeed, it is a significant contribution to several fields: political theory, U.S. history, constitutional law, ethics, and, of course, international relations. Once it is published, no one will be able to talk about international relations theory without taking the republican legacy into account. This will be the case for years to come."—Nicholas Onuf, Florida International University, author of The Republican Legacy in International Thought