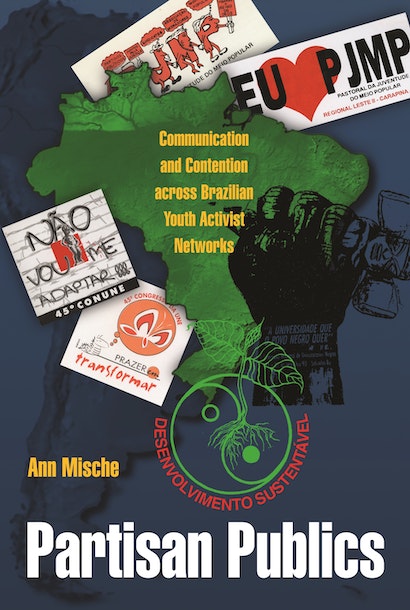 During the 1980s and 1990s, Brazil struggled to rebuild its democracy after twenty years of military dictatorship, experiencing financial crises, corruption scandals, political protest, and intense electoral contention. In the midst of this turmoil, Ann Mische argues in this remarkable book, youth activists of various stripes played a vital and unrecognized role, contributing new forms of political talk and action to Brazil’s emerging democracy.


Drawing upon extensive and rich ethnography as well as formal network analysis, Mische tracks the lives of young activists through intersecting political networks, including student movements, church-based activism, political parties, nongovernmental organizations, and business and professional organizations. She probes the problems and possibilities they encountered in combining partisan activism with other kinds of civic involvement. In documenting activists’ struggles to develop cross-partisan publics of various kinds, Mische explores the distinct styles of communication and leadership that emerged across organizations and among individuals.


Drawing on the ideas of Habermas, Gramsci, Dewey, and Machiavelli, Partisan Publics highlights political communication styles and the forms of mediation and leadership they give rise to — for democratic politics in Brazil and elsewhere. Insightful in its discussion of culture, methodology, and theory, Partisan Publics argues that partisanship can play a significant role in civic life, helping to build relations and institutions in an emerging democracy.

Ann Mische is associate professor of sociology at Rutgers University. Her work examines the relationship between culture, politics, and social interaction in complex social networks.

"Partisan Publics is a remarkable book. It will make a mark in sociology, political science, and Latin American studies. It is smartly written, subtle, and packs an important theoretical punch."—Gianpaolo Baiocchi, Mobilization

"I found Mische's qualitative analyses particularly enlightening and refreshing. . . . This book is a valuable addition to the social movements literature, as well as several allied literatures."—D. B. Tindall, Canadian Journal of Sociology

"Partisan Publics is based on a truly multimethod research design. . . . By threading narratives of individual activists through the book, Mische effectively uses the individual biographies to illuminate the overall movement and national history. . . . There is much to be gained by comparing Mische's findings to classical classical research in the social movement's literature."—Catherine Corrigall-Brown, Contemporary Sociology

"With Partisan Publics, Ann Mische establishes herself at the forefront of research seeking solid foundations for a sociology of action and structure that takes seriously cultural projects and partisanship, networks and narratives, institutions and communicative action, and the creation and demise of publics."—Ronald L. Breiger, University of Arizona

"Partisan Publics is a stunningly original book. Mische takes us well beyond recognizing the mutual constitution of agency and structure and the generative importance of multiple networks, delving into what happens at the junctures of multiplicity that creates something new. Bridging formal and qualitative methodologies and refusing rigid categorization, Mische's argument and the narratives that bring it to life combine deep ethnographic knowledge with an equally compelling theoretical vision."—Margaret Keck, Johns Hopkins University

"Ann Mische shows us a buzzing, blooming world of civic life that challenges the commonsense idea that politics weakens civic virtue. The case of youth activism in Brazil teaches us a lot about how people juggle instrumental and civic-minded relationships as they cocreate public life. With brilliant theoretical moves and exciting methodological innovations, Partisan Publics will change the way we think about partisanship and citizenship."—Paul Lichterman, author of Elusive Togetherness: Church Groups Trying to Bridge America's Divisions

"Ann Mische's Partisan Publics is an intellectually sophisticated study of Brazilian youth politics and the emergence of multiple publics during a time of political transition and turbulence. Her original and innovative analysis of the ways that all politics involve a mix of the civic and the partisan transforms our understanding of these fundamental features of social and political life. Methodologically sophisticated and theoretically bold, Partisan Publics will challenge scholars studying social movements, institutions and networks, and democratic theory."—Robin Wagner-Pacifici, Swarthmore College