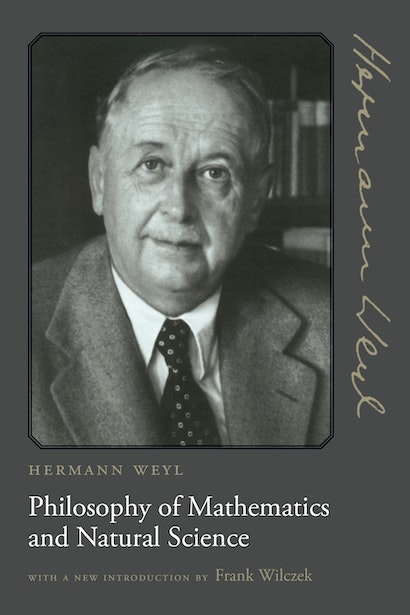 When mathematician Hermann Weyl decided to write a book on philosophy, he faced what he referred to as “conflicts of conscience” — the objective nature of science, he felt, did not mesh easily with the incredulous, uncertain nature of philosophy. Yet the two disciplines were already intertwined. In Philosophy of Mathematics and Natural Science, Weyl examines how advances in philosophy were led by scientific discoveries — the more humankind understood about the physical world, the more curious we became. The book is divided into two parts, one on mathematics and the other on the physical sciences. Drawing on work by Descartes, Galileo, Hume, Kant, Leibniz, and Newton, Weyl provides readers with a guide to understanding science through the lens of philosophy. This is a book that no one but Weyl could have written — and, indeed, no one has written anything quite like it since.

Hermann Weyl (1885-1955) is regarded as one of the greatest mathematicians of the twentieth century. Born and educated in Germany, he taught at the Institute for Advanced Study in Princeton, New Jersey, from 1933 until his retirement in 1951. He published five books with Princeton University Press, including Symmetry and The Classical Groups. Frank Wilczek is the Herman Feshbach Professor of Physics at Massachusetts Institute of Technology and the recipient of the 2004 Nobel Prize in Physics.

"The translation has long been out of print, so this recent publication, with a very fine introduction by Frank Wilczek, is to be highly valued. . . . Weyl's Philosophy of Mathematics and Natural Science should be on every mathematician's or physicist's bookshelf. . . . What a pleasure, what a privilege, to read and contemplate Hermann Weyl's monumental achievements."—Jeremy Butterfield, Physics Today

"[W]e remain ever grateful that Hermann Weyl, compromising his conscience to the extent that he did, left behind this unrivaled treasure of insights into the murkiest epistemological depths of mathematics and theoretical physics."—Thomas Ryckman, Metascience