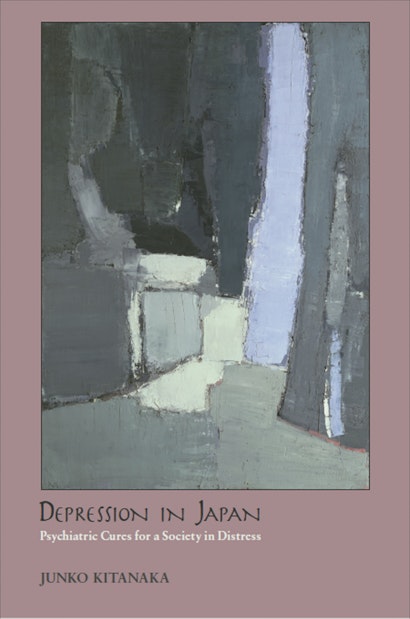 Since the 1990s, suicide in recession-plagued Japan has soared, and rates of depression have both increased and received greater public attention. In a nation that has traditionally been uncomfortable addressing mental illness, what factors have allowed for the rising medicalization of depression and suicide? Investigating these profound changes from historical, clinical, and sociolegal perspectives, Depression in Japan explores how depression has become a national disease and entered the Japanese lexicon, how psychiatry has responded to the nation’s ailing social order, and how, in a remarkable transformation, psychiatry has overcome the longstanding resistance to its intrusion in Japanese life.


Questioning claims made by Japanese psychiatrists that depression hardly existed in premodern Japan, Junko Kitanaka shows that Japanese medicine did indeed have a language for talking about depression which was conceived of as an illness where psychological suffering was intimately connected to physiological and social distress. The author looks at how Japanese psychiatrists now use the discourse of depression to persuade patients that they are victims of biological and social forces beyond their control; analyzes how this language has been adopted in legal discourse surrounding “overwork suicide”; and considers how, in contrast to the West, this language curiously emphasizes the suffering of men rather than women. Examining patients’ narratives, Kitanaka demonstrates how psychiatry constructs a gendering of depression, one that is closely tied to local politics and questions of legitimate social suffering.


Drawing upon extensive research in psychiatric institutions in Tokyo and the surrounding region, Depression in Japan uncovers the emergence of psychiatry as a force for social transformation in Japan.

Junko Kitanaka is an associate professor in the Department of Human Sciences at Keio University, Tokyo.

"Medical anthropology, with its propensity to theoretise and problemise issues and refer endlessly to other work and concepts with which the reader will not be familiar, is for many outsiders almost as impenetrable as Japanese psychiatry. Putting the two together should be a recipe for disaster, but in Junko Kitanaka's hands, this book is instead a triumph, perhaps even a classic."—David Healy, Times Higher Education

"[C]ompelling and challenging work. . . . [T]his is a thought-provoking book that should be of interest to historians, anthropologists, and clinicians."—Susan L. Burns, Journal of Japanese Studies

"In this beautifully nuanced book, Kitanaka documents the burgeoning of Japanese depression over the past decade. In portraying this phenomenon, she deftly draws readers into the intertwined worlds of pressure-cooker work environments, individuals suffering deep malaise who are frequently suicidal, and the compassionate but at times conflicted practice of Japanese psychiatry. Suffering individuals are medicated, but psychiatrists, exquisitely sensitive to the oppressive 'forces' of society, also politicize depression."—Margaret Lock, author of Twice Dead: Organ Transplants and the Reinvention of Death

"This is an important ethnographic, cultural, and historical account of a crucial topic in society. Illustrative and compelling."—Arthur Kleinman, Harvard University

"Fully engaged with the scholarly literature, and steeped in detail and description, this exemplary book is clearly the product of great care and careful listening and observation. With its high quality, simplicity, and eloquence, it is bound to become the book on depression in Japan."—Adriana Petryna, University of Pennsylvania

"The management of depression in Japan differs markedly from treatments elsewhere, and this book draws out historical examples of the ways in which the nation has imagined and treated sadness and insanity. The author's findings do not conform to the familiar narratives of medicalization, in which social issues are depoliticized. Cogent and persuasive, the book offers a sophisticated analysis of a complex problem, making a major contribution to the field of medicine and mental health in Japan, and to medical anthropology and modern psychiatry."—Amy Borovoy, Princeton University