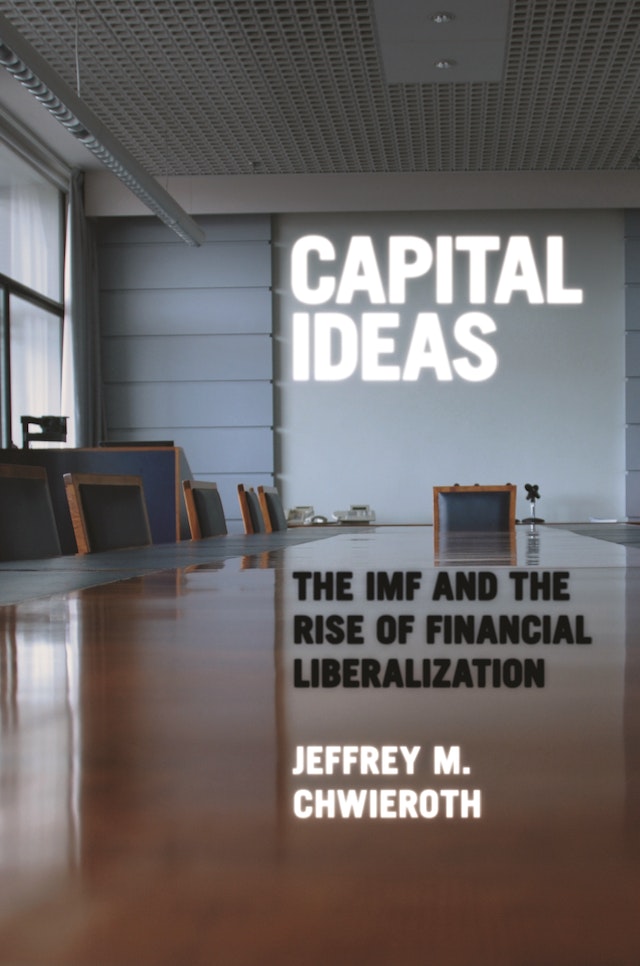 The right of governments to employ capital controls has always been the official orthodoxy of the International Monetary Fund, and the organization’s formal rules providing this right have not changed significantly since the IMF was founded in 1945. But informally, among the staff inside the IMF, these controls became heresy in the 1980s and 1990s, prompting critics to accuse the IMF of indiscriminately encouraging the liberalization of controls and precipitating a wave of financial crises in emerging markets in the late 1990s. In Capital Ideas, Jeffrey Chwieroth explores the inner workings of the IMF to understand how its staff’s thinking about capital controls changed so radically. In doing so, he also provides an important case study of how international organizations work and evolve.

Drawing on original survey and archival research, extensive interviews, and scholarship from economics, politics, and sociology, Chwieroth traces the evolution of the IMF’s approach to capital controls from the 1940s through spring 2009 and the first stages of the subprime credit crisis. He shows that IMF staff vigorously debated the legitimacy of capital controls and that these internal debates eventually changed the organization’s behavior — despite the lack of major rule changes. He also shows that the IMF exercised a significant amount of autonomy despite the influence of member states. Normative and behavioral changes in international organizations, Chwieroth concludes, are driven not just by new rules but also by the evolving makeup, beliefs, debates, and strategic agency of their staffs.

Jeffrey M. Chwieroth is senior lecturer in the Department of International Relations at the London School of Economics and Political Science.

"Chwieroth gives us an in-depth and fair account of what the staff of the International Monetary Fund came to believe about freedom of capital flows and, more importantly, why the IMF holds those beliefs and how its views have evolved over the past six decades. Capital Ideas will be a valuable source for researchers studying one of the key economic policy issues of our time."—James M. Boughton, author of Silent Revolution: The International Monetary Fund, 1979-1989

"This is a fascinating and important book that every student of the International Monetary Fund should read and absorb. Chwieroth buttresses his argument with impressive interview and archival research and poses a serious challenge to previous scholarship about the liberalization of global finance."—Randall Stone, University of Rochester

"What works so well about Capital Ideas is Jeffrey Chwieroth's commitment to understanding historical change and to the very challenging task of getting inside the 'black box' that is the International Monetary Fund. Chwieroth convincingly knocks down some cherished assumptions about international financial institutions and international organizations more broadly. This is a most interesting book and it is likely to be widely read and become a standard work in the field."—Timothy J. Sinclair, University of Warwick