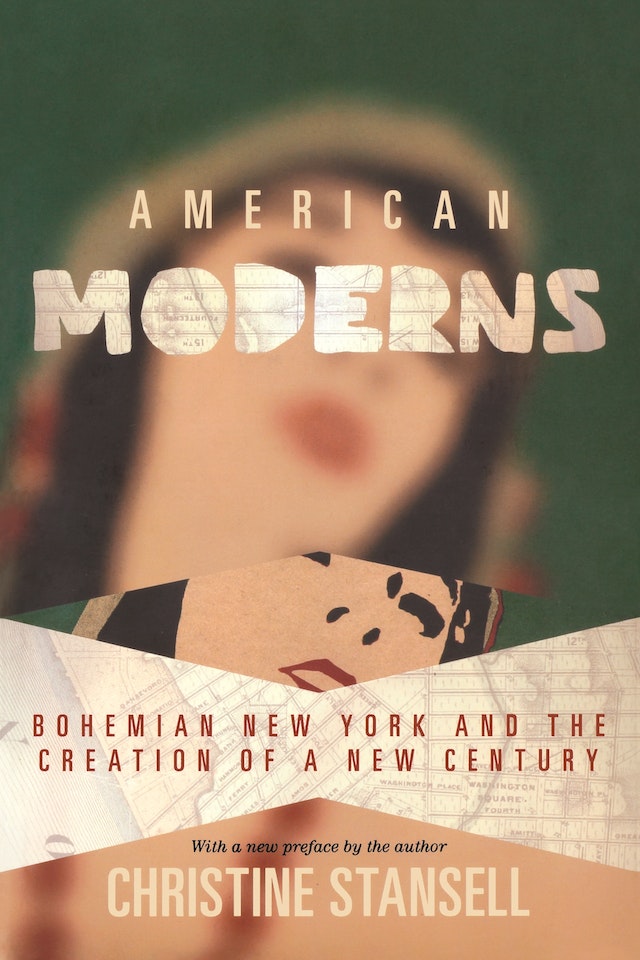 In the early twentieth century, an exuberant brand of gifted men and women moved to New York City, not to get rich but to participate in a cultural revolution. For them, the city’s immigrant neighborhoods — home to art, poetry, cafes, and cabarets in the European tradition — provided a place where the fancies and forms of a new America could be tested. Some called themselves Bohemians, some members of the avant-garde, but all took pleasure in the exotic, new, and forbidden.

In American Moderns, Christine Stansell tells the story of the most famous of these neighborhoods, Greenwich Village, which — thanks to cultural icons such as Eugene O’Neill, Isadora Duncan, and Emma Goldman — became a symbol of social and intellectual freedom. Stansell eloquently explains how the mixing of old and new worlds, politics and art, and radicalism and commerce so characteristic of New York shaped the modern American urban scene. American Moderns is both an examination and a celebration of a way of life that’s been nearly forgotten.

Christine Stansell is the Stein-Freiler Distinguished Service Professor in United States History at the University of Chicago. She is also the author of City of Women: Sex and Class in New York City, 1789-1860, and her essays and reviews appear regularly in the New Republic.

"Stansell frames her book around three activities: talking, writing and loving. She compels readers to appreciate what was shockingly new in each activity—no small feat, since we now take (nearly) for granted the unfettered speech, print and sex that these early radicals found so daring."—Patricia Cline Cohen, New York Times

"[American Moderns] is about the creation of a new life in early-twentieth-century New York. . . . Stansell's book is a triumph."—Eunice Lipton, Nation

"[Stansell's] history of Greenwich Village between 1890 and 1920 never forgets that people who defy political convention and people who defy artistic convention gravitate toward each other whatever their differences."—Village Voice

"Stansell's book will certainly appeal to all those wishing to know more about radical politics in America, and its relationship with art and domestic life."—Richard Martin, American Studies Today