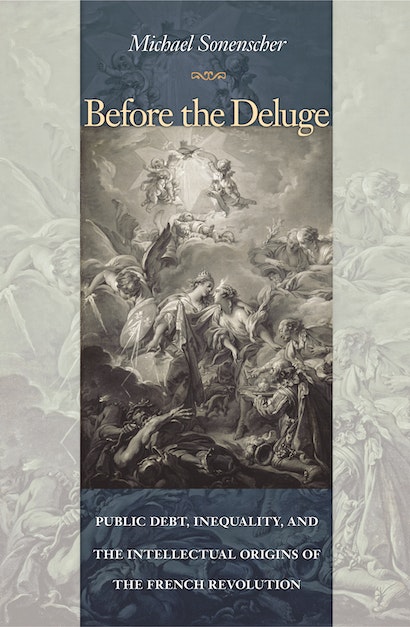 Ever since the French Revolution, Madame de Pompadour’s comment, “Après moi, le déluge” (after me, the deluge), has looked like a callous if accurate prophecy of the political cataclysms that began in 1789. But decades before the Bastille fell, French writers had used the phrase to describe a different kind of selfish recklessness — not toward the flood of revolution but, rather, toward the flood of public debt. In Before the Deluge, Michael Sonenscher examines these fears and the responses to them, and the result is nothing less than a new way of thinking about the intellectual origins of the French Revolution.

Before the Deluge examines how this predicament gave rise to a widespread eighteenth-century interest in figuring out how to establish and maintain representative governments able to realize the promise of public credit while avoiding its peril. By doing so, the book throws new light on a neglected aspect of modern political thought and on the French Revolution.

Michael Sonenscher is a fellow and Director of Studies in History at King's College, University of Cambridge. He is the author of The Hatters of Eighteenth-Century France, Work and Wages, and, most recently, Sans-Culottes. 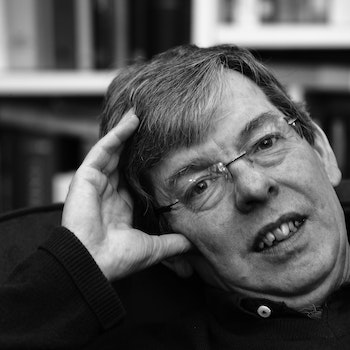 "We now think of the French Revolution as a political revolution that had a social effect, but 'the eighteenth century's concern' was of an 'extant and ongoing social revolution that would soon have political consequence'. This is the central insight of Michael Sonenscher's new book. [In this] highly interesting book...Sonenscher's emphasis on public credit is novel and useful. [I]t is a genuinely meaningful contribution to the history of Enlightenment Europe."—Patrice Higonnet, Times Literary Supplement

"Underrated: Before the Deluge, Michael Sonenscher (Princeton). Most modern political debates can be traced back to rival stories about the French revolution; but this tough, fascinating book shows that these stories were constructed out of materials (concerning political ruin and public debt) that were circulating before the event—which makes the whole of modern politics look rather different."—Jonathan Rée, Prospect Magazine

"The best history-of-political-thought volume I read this year was Michael Sonenscher's Before the Deluge: Public Debt, Inequality and the Intellectual Origins of the French Revolution, which goes to show how the eighteenth-century political economy scholarship of the last generation or so can be put to work to address the really big historiographical questions."—Christopher Brooke, The Virtual Stoa

"This brief review cannot begin to capture the nuance and sophistication of Sonenscher's careful, complex archaeology of the intellectual origins of the French Revolution. He reminds readers that all the thinkers he profiles experienced the creation of the modern European world over a lifetime, changing their minds, reformulating questions, and reexamining inherited ideas as events unfolded, trying to hit on if not universal then at least workable solutions to the perdurable problems of balancing liberty with security. We can appreciate the difficulties they encountered during their journey if only because it continues in our own day, and for that abiding lesson we have much for which to thank Michael Sonenscher."—Michael Wolfe, The Historian

"Before the Deluge provides an intellectual history of French political life in the eighteenth century which, for the first time, makes the events of 1789 explicable in their own terms. . . . The result is a perspective on the early revolution, its ideological origins and consequences, that is brilliant, politely iconoclastic and thoroughly revisionist."—Richard Whatmore, History of Political Thought

"Superbly researched and thoroughly referenced, the originality of Michael Sonenscher's study lies in illuminating the very real political problems faced by French Revolutionary regimes in the 1790s through an examination of the fraught relationship between public credit and social inequality as debated in contemporary political thought. . . . [A] fascinating reconstruction of the sophisticated, contradictory dynamics of eighteenth-century French political thought."—David McCallam, French Studies

"Sonenscher is widely recognized as one of the most versatile historians of ancien régime France, an ambitious thinker who writes knowledgeably about subjects as diverse as guild life, social class, natural law theory, and political philosophy. The versatility is on display in [Before the Deluge]."—Jay M. Smith, American Historical Review

"[T]his is a formidable book by a historian at the height of his powers. No eighteenth-century scholar or historian of political thought can afford to ignore its fresh interpretation of Enlightenment political economy. Readers will be rewarded with a deeper appreciation for the intellectual ramifications of the birth of the modern state."—Michael Kwass, Journal of Modern History

"At its best, the book is a tour de force of state-of-the-art intellectual history. . . Before the Deluge is at bottom a supremely learned and forcefully engaged contribution to topics of vital interest to a wide audience of eighteenth-century French specialists, and one whose analyses and arguments consistently take place at a very high level of sophistication. Even in an age of praise inflation, it is not excessive to call this one essential reading."—Henry C. Clark, H-France Review

"This is an intensely interesting book, a striking achievement, based on copious and careful rereading of a huge corpus of intellectual debate over more than a century. . . . It is . . . good in this age of sweeping claims for significant revelation to encounter a book showing you so much you didn't know, and only suggesting, rather than demanding, that it change everything you thought you knew."—David Andress, European History Quarterly

"Before the Deluge offers many exciting intellectual avenues for further pursuit, especially in terms of eighteenth-century political thought, but also with regard to nineteenth-century liberalism and the development of various philosophies of history which took 1789 as a main event in the advent of modernity."—Isabel DiVanna, Perspectives on Politics

"Before the Deluge could be a paradigm-shifting book for the history of eighteenth-century political thought. Sonenscher's knowledge of the subject is amazing. Highly original in its arguments, the book is also unusually ambitious in the way it links history to current issues."—Keith Michael Baker, Stanford University

"Michael Sonenscher's clear, lean, and jargon-free history of eighteenth-century France's coming to terms with the crisis of modernity is important, erudite, and imaginatively conceived. His consideration of what in less able hands would be an almost impossibly daunting array of prominent and lesser-known political thinkers is the product of deep immersion in the sources and of a considered reflection on the modern historiographical tradition of the French Revolution. Complex and multilayered, this book asks for and richly rewards careful study. This is the way intellectual history should be written."—E. J. Hundert, Professor Emeritus, University of British Columbia