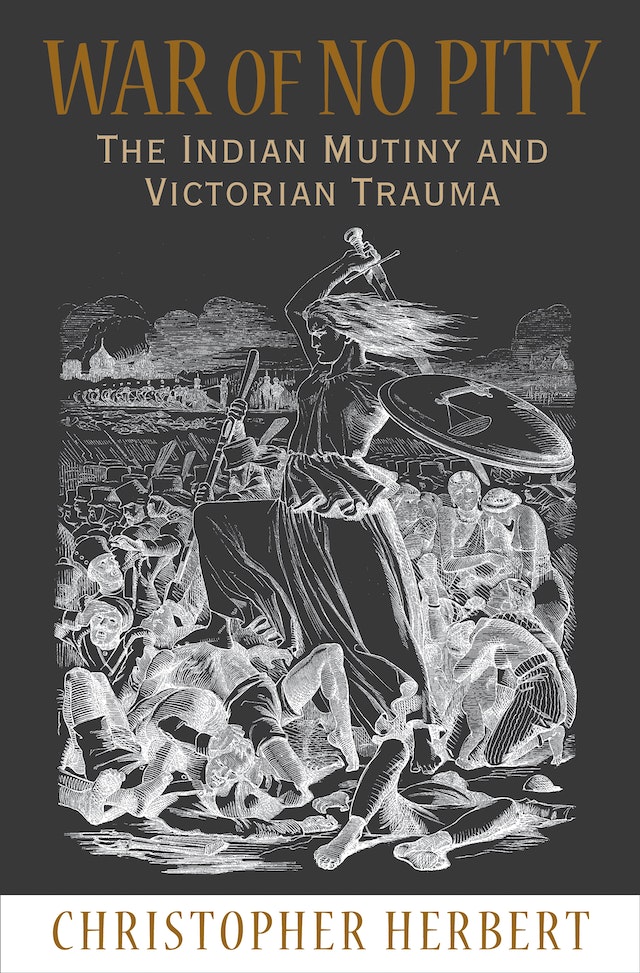 On May 11, 1857, Hindu and Muslim sepoys massacred British residents and native Christians in Delhi, setting off both the whirlwind of similar violence that engulfed Bengal in the following months and an answering wave of rhetorical violence in Britain, where the uprising against British rule in India was often portrayed as a clash of civilization and barbarity demanding merciless retribution. Although by twentieth-century standards the number of victims was small, the Victorian public saw “the Indian Mutiny” of 1857-59 as an epochal event. In this provocative book, Christopher Herbert seeks to discover why. He offers a view of this episode — and of Victorian imperialist culture more generally — sharply at odds with the standard formulations of postcolonial scholarship. Drawing on a wealth of largely overlooked and often mesmerizing nineteenth-century texts, including memoirs, histories, letters, works of journalism, and novels, War of No Pity shows that the startling ferocity of the conflict in India provoked a crisis of national conscience and a series of searing if often painfully ambivalent condemnations of British actions in India both prior to and during the war. Bringing to light the dissident, disillusioned, antipatriotic strain of Victorian “mutiny writing,” Herbert locates in it key forerunners of modern-day antiwar literature and the modern critique of racism.

Christopher Herbert is the Chester D. Tripp Professor of the Humanities at Northwestern University. He is the author of three previous books, including Victorian Relativity: Radical Thought and Scientific Discovery.

"This gripping book is about an irrepressible mutiny that occurred within the Victorian imagination. The Sepoy rebellion and its ruthlessly vindictive putting-down proved two sides of a Möbius strip that, obsessively fretted by the Victorians themselves in a long agony of conscience, disclosed intolerable continuities between their dreams of virtue and their nightmares of abomination. Herbert's attention to a range of journals, histories, and novels is so scrupulous, sympathetic, and unflinching as to put to shame the doctrinaire anti-imperialist scholarship that is still prevalent within the field."—Herbert Tucker, University of Virginia

"This book speaks to an urgent question about the present: how does a world power represent and respond to the violence it has itself helped to bring about? Christopher Herbert brilliantly identifies a 'mutiny syndrome': a displaced response to a political violence that cannot be named but cannot be ignored or conjured away and thus persists as a kind of trauma. Readers will inevitably ask themselves whether we can claim to be doing better than our Victorian precursors in assessing our own responsibilities for the violence that is in the world today. A wonderful book."—David Simpson, University of California, Davis

"War of No Pity mounts a bold challenge to standard postcolonial interpretations of Victorian imperial culture. Through painstakingly close reading of an impressive array of both familiar and relatively unknown texts, and with vigorous writing, Christopher Herbert takes on a powerful critical consensus—from Edward Said's case against the West's unified 'will to power' to the dismissal of Victorian moral anxieties by prominent critics of Victorian literature. In short, this book fulfills its explicit goal of disturbing 'received opinion' in a field ready to be reinvigorated by fresh insights and questions."—Margery Sabin, Wellesley College

"Christopher Herbert has written a searching, scrupulously researched, cogently argued, and, above all, brave and independent book that deserves to be widely read and debated—a book sure to appeal to students and scholars in a variety of areas, including literary studies and history."—James Buzard, Massachusetts Institute of Technology