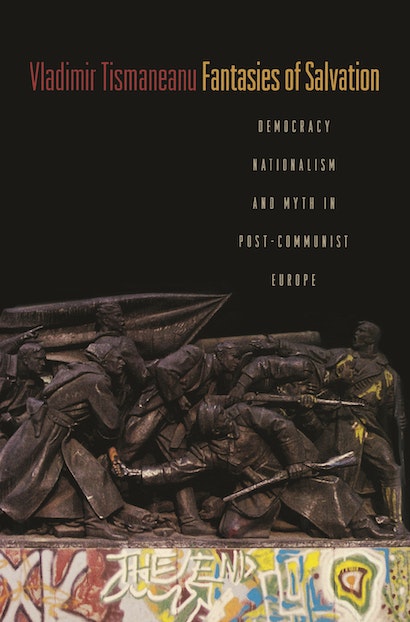 Eastern Europe has become an ideological battleground since the collapse of the Soviet Union, with liberals and authoritarians struggling to seize the ground lost by Marxism. In Fantasies of Salvation, Vladimir Tismaneanu traces the intellectual history of this struggle and warns that authoritarian nationalists pose a serious threat to democratic forces.


A leading observer of the often baffling world of post-Communist Europe, Tismaneanu shows that extreme nationalistic and authoritarian thought has been influential in Eastern Europe for much of this century, while liberalism has only shallow historical roots. Despite democratic successes in places such as the Czech Republic and Poland, he argues, it would be a mistake for the West to assume that liberalism will always triumph. He backs this argument by showing how nationalist intellectuals have encouraged ethnic hatred in such countries as Russia, Romania, and the former Yugoslavia by reviving patriotic myths of heroes, scapegoats, and historical injustices. And he shows how enthusiastically these myths have been welcomed by people desperate for some form of “salvation” from political and economic uncertainty.


On a theoretical level, Tismaneanu challenges the common ideas that the ideological struggle is between “right” and “left” or between “nationalists” and “internationalists.” In a careful analysis of the conflict’s ideological roots, he argues that it is more useful and historically accurate to view the struggle as between those who embrace the individualist traditions of the Enlightenment and those who reject them.


Tismaneanu himself has been active in the intellectual battles he describes, particularly in his native Romania, and makes insightful use of interviews with key members of the dissident movements of the 1970s and 1980s. He offers original observations of countries from the Baltic to the Black Sea and expresses his ideas in a vivid and forceful style. Fantasies of Salvation is an indispensable book for both academic and nonacademic readers who wish to understand the forces shaping one of the world’s most important and unpredictable regions.

Vladimir Tismaneanu is Professor of Government and Politics, University of Maryland at College Park. He is the author of Reinventing Politics: Eastern Europe from Stalin to Havel (Free Press).

"Vladimir Tismanueanu is a prominent essayist and an expert on contemporary policy. He knows everything about Central and Eastern Europe. . .I warmly recommend this book—it is as controversial as it is inspiring."—Adam Michnik, author of Letters from Prison, editor of Wyborcza (Warsaw)