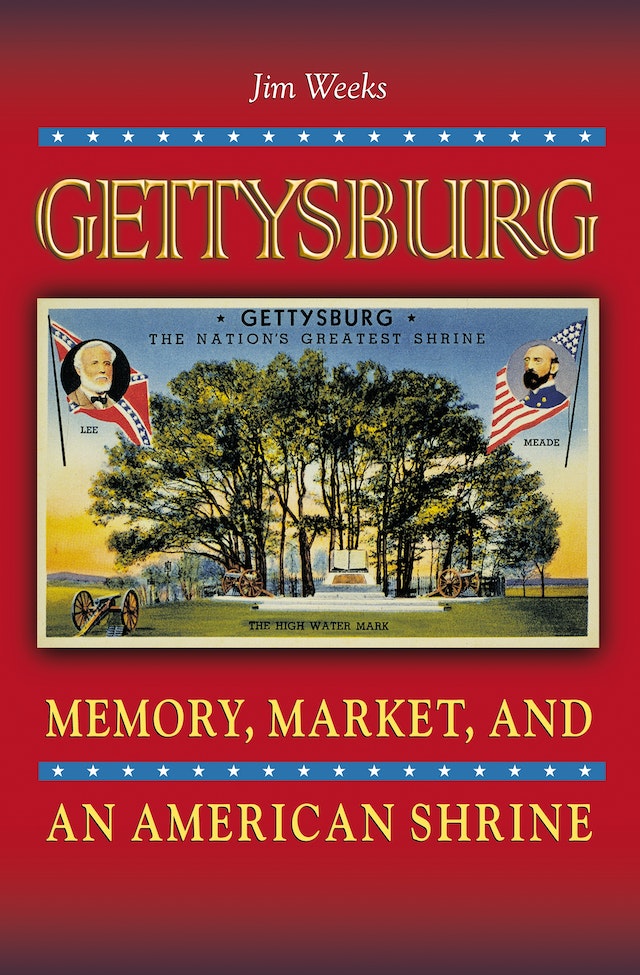 The site of North America’s greatest battle is a national icon, a byword for the Civil War, and an American cliché. Described as “the most American place in America,” Gettysburg is defended against commercial desecration like no other historic site. Yet even as schoolchildren learn to revere the place where Lincoln delivered his most famous speech, Gettysburg’s image generates millions of dollars every year from touring, souvenirs, reenactments, films, games, collecting, and the Internet. Examining Gettysburg’s place in American culture, this book finds that the selling of Gettysburg is older than the shrine itself.

Gettysburg entered the market not with recent interest in the Civil War nor even with twentieth-century tourism but immediately after the battle. Founded by a modern industrial society with the capacity to deliver uniform images to millions, Gettysburg, from the very beginning, reflected the nation’s marketing trends as much as its patriotism. Gettysburg’s pilgrims — be they veterans, families on vacation, or Civil War reenactors — have always been modern consumers escaping from the world of work and responsibility even as they commemorate. And it is precisely this commodification of sacred ground, this tension between commerce and commemoration, that animates Gettysburg’s popularity.

Gettysburg continues to be a current rather than a past event, a site that reveals more about ourselves as Americans than the battle it remembers. Gettysburg is, as it has been since its famous battle, both a cash cow and a revered symbol of our most deeply held values.

Jim Weeks was a scholar-in-residence at the Pennsylvania Historical and Museum Commission and taught American history at The Pennsylvania State University.

"A book of rare intelligence and eloquence."—Library Journal

"Thoughtfully written, well illustrated with contemporary imagery, and meticulously documented, this volume makes a valuable contribution to our understanding of the utility of the past."—Choice

"The story told here is a multifaceted one. Most obviously it offers a fresh perspective on the contested memory of the Civil War. It is no less important as a window on the social history of leisure and tourism."—Adam Smith, History Today

"Weeks makes a convincing case that Gettysburg owes its special status to the marketplace. Nationalists might not like to hear it, but the shrine that prompts so much flag waving and solemn devotion is also a major moneymaker."—Damon W. Root, Reason

"As both hallowed shrine and theme park, Gettysburg paradoxically offers Americans a sacred haven from our obsessive commercialism and an exciting marketplace experience. How local promoters began this process almost as soon as the shooting stopped, and how even today's park purists maintain this subtle, clever masking, make Weeks' Gettysburg an absorbing venture in cultural history."—Blue & Gray Magazine

"[This] work not only fills a long-unaddressed gap in Gettysburg's vast historiography but also provides a noteworthy contribution to the larger debate over battlefield preservation and interpretation."—Joseph Pierro, Civil War History

"Looking at succeeding generations of tourists and pilgrims to the site—the genteel, the veterans, the masses, and finally the reenactors—Weeks gives us a lively, engaging, argumentative, and very well-written analysis of the commercial uses made of Gettysburg since before the bones were buried until the present day."—Michael Fellman, author of The Making of Robert E. Lee and Citizen Sherman