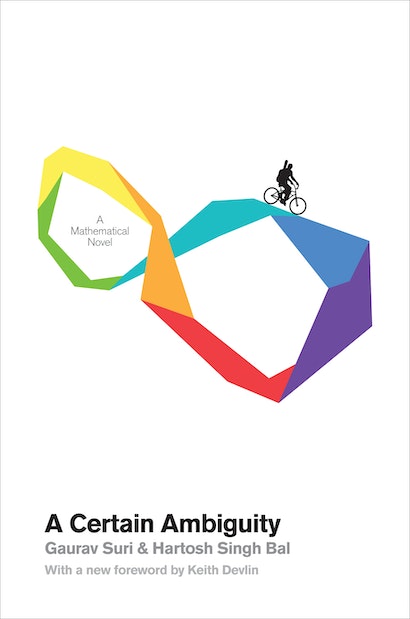 While taking a class on infinity at Stanford in the late 1980s, Ravi Kapoor discovers that he is confronting the same mathematical and philosophical dilemmas that his mathematician grandfather had faced many decades earlier — and that had landed him in jail. Charged under an obscure blasphemy law in a small New Jersey town in 1919, Vijay Sahni is challenged by a skeptical judge to defend his belief that the certainty of mathematics can be extended to all human knowledge — including religion. Together, the two men discover the power — and the fallibility — of what has long been considered the pinnacle of human certainty, Euclidean geometry.


As grandfather and grandson struggle with the question of whether there can ever be absolute certainty in mathematics or life, they are forced to reconsider their fundamental beliefs and choices. Their stories hinge on their explorations of parallel developments in the study of geometry and infinity — and the mathematics throughout is as rigorous and fascinating as the narrative and characters are compelling and complex.


Moving and enlightening, A Certain Ambiguity is a story about what it means to face the extent — and the limits — of human knowledge. 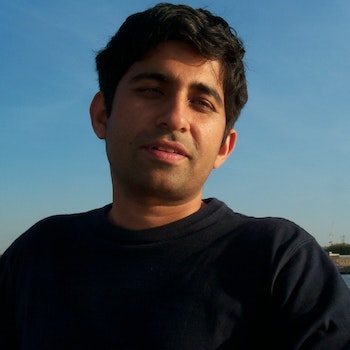 "The joy that accompanies [Suri and Bal's] early excursions into proof will buoy up a floundering newcomer, while allowing old hands to recall the thrill of meeting the ideas for the first time."—Katherine Körner, Nature

"Good stories need rich characters that we care about, not mathematical theorems, however fascinating. So a work of fiction subtitled A mathematical novel makes you fear that it may only expose the tremendous difficulty of blending science and logic with the emotion and dramatic tension required of good literature. Fortunately, in this case that fear is misplaced, because A Certain Ambiguity succeeds both as a compelling novel and as an intellectual tour through some startling mathematical ideas.... A Certain Ambiguity is a brilliant and unusual novel."—New Scientist

"Here is a book that succeeds both as fiction and nonfiction. . . . The book sweeps up those who are sensitive to the intellectual adventure of mathematics. It accurately portrays the attraction and enjoyment that are to be found in the play of ideas. I recommend it highly to all those who have an interest in mathematics."—William Byars, SIAM Review

"In the delightful, yet deep tradition of Lewis Carroll, Martin Gardner, A.K. Dewdney, and Marco Abate comes A Certain Ambiguity by Gaurav Suri and Hartosh Singh Bal...There is no doubt that Suri and Bal have set a difficult goal for themselves and have succeeded in making difficult mathematical ideas accessible...[W]hat makes the work of Suri and Bal a fine example of this tradition is what makes any successful and more traditional novel work—rich and warm characterization, an interesting plot, and a conclusion that illustrates the equal proportions of ingredients of certainty, ambiguity, frustration, and joy in the proof of our human-ness."—Gurunandan R. Bhat, The Financial Express

"I loved this novel. I hope we see more 'mathematical novels' being published in the future."—Donald L. Vestal, MAA Review

"The writers have created a book that could fascinate those who have just a rudimentary knowledge of math."—India Abroad

"Suri and Bal's unconventional book praises the beauty of mathematics and the logical inevitability of its proofs. The book is also a discourse on the struggles between truth, faith, and reason. All this is woven into two weeks in the life of Ravi, an Indian student at Stanford University, and his accidental discovery that his grandfather was once convicted of blasphemy in a New Jersey town...Among the many books that aim to make mathematics more accessible to the nonmathematician, this is a remarkably pleasant and successful achievement."—J. Mayer, Choice

"A Certain Ambiguity is an amazing narrative that glows with a vivid sense of the beauty and wonder of mathematics."—Martin Gardner

"This is a truly captivating thriller that will take you on a whirlwind tour to infinity—and beyond. But be warned: once you start reading, you won't be able to put it aside until finished! A masterly-told story that weaves together criminal law, ancient and modern history, a young man's quest to know his deceased grandfather-and some highly intriguing mathematics."—Eli Maor, author of e: the Story of a Number and The Pythagorean Theorem: A 4,000-Year History

"This rich and engaging novel follows the path that leads one young person to become a professional mathematician. By deftly blending the young man's story with mathematical ideas and historical developments in the subject, the authors succeed brilliantly in taking the reader on a tour of some of the major highlights in the philosophy of mathematics. If that were not enough, the book also examines, through the minds of its characters, the natures of faith (religious and other) and truth. I am strongly thinking of building a university non-majors math course around this novel."—Keith Devlin, Stanford University, author of The Math Gene

"A Certain Ambiguity is a remarkably good effort to work through some fundamental issues in the philosophy of mathematics in the context of a novel. Crucial to the success of such a venture is creating characters and a plot that are strong enough to hold a reader's interest. Suri and Bal succeed particularly well in the story of Vijay Sahni and Judge Taylor. This well-written book will, I believe, find readers not only among mathematicians, but in a wider audience that is intrigued by mathematical meaning."—Joan Richards, Brown University