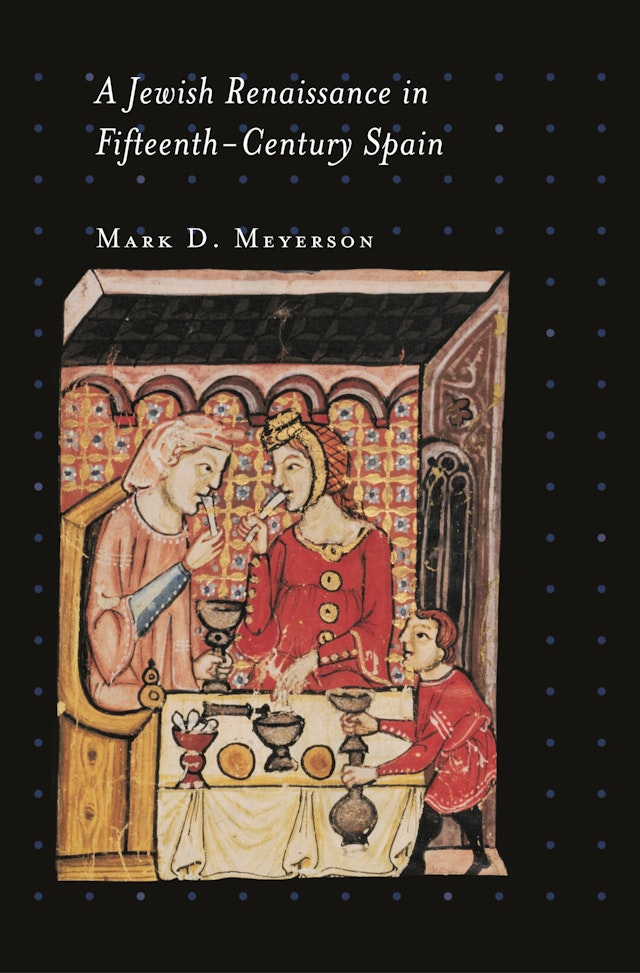 This book significantly revises the conventional view that the Jewish experience in medieval Spain — over the century before the expulsion of 1492 — was one of despair, persecution, and decline. Focusing on the town of Morvedre in the kingdom of Valencia, Mark Meyerson shows how and why Morvedre’s Jewish community revived and flourished in the wake of the horrible violence of 1391. Drawing on a wide array of archival documentation, including Spanish Inquisition records, he argues that Morvedre saw a Jewish “renaissance.”

Meyerson shows how the favorable policies of kings and of town government yielded the Jewish community’s demographic expansion and prosperity. Of crucial importance were new measures that ceased the oppressive taxation of the Jews and minimized their role as moneylenders. The results included a reversal of the credit relationship between Jews and Christians, a marked amelioration of Christian attitudes toward Jews, and greater economic diversification on the part of Jews.

Representing a major contribution to debates over the Inquisition’s origins and the expulsion of the Jews, the book also offers the first extended analysis of Jewish-converso relations at the local level, showing that Morvedre’s Jews expressed their piety by assisting Valencia’s conversos. Comparing Valencia with other regions of Spain and with the city-states of Renaissance Italy, it makes clear why this kingdom and the town of Morvedre were so ripe for a Jewish revival in the fifteenth century.

Mark D. Meyerson is Associate Professor in the Department of History and Centre for Medieval Studies at the University of Toronto. He is the author of The Muslims of Valencia in the Age of Fernando and Isabel.

"This is a wonderful, brilliant book, rich in detail, painstakingly reconstructed from inquisition archives in Madrid, a variety of municipal and ecclesiastical archives in Valencia, and especially the Aragonese royal archives in Barcelona. It is certainly the most detailed and wide-ranging history to date of any Jewish community in the lands of the Crown of Aragon (i.e., Mediterranean Spain) and will take its place among the best histories of a particular Jewish community for all of medieval Europe. If genius is the capacity for taking infinite pains, I nominate Mark Meyerson's A Jewish Renaissance in Fifteenth-Century Spain as a work of genius."—Larry J. Simon, Western Michigan University

"This well-written book not only represents a solid contribution to medieval Iberian history and Jewish history but also speaks to modern pluralistic society. In reading about the problems that affected a single Jewish community—ethnic and religious identity preservation, socialization and state-building, the intertwinement of trade and economics with families and culture, and so forth—we are tempted to think: times have changed, things are different, this was the past. But then comes the nagging question: Is this really so? Or are Spain's early modern problems of seeking social cohesion despite social diversity with us still?"—Lawrence J. McCrank, Chicago State University, author of Medieval Frontier History in New Catalonia