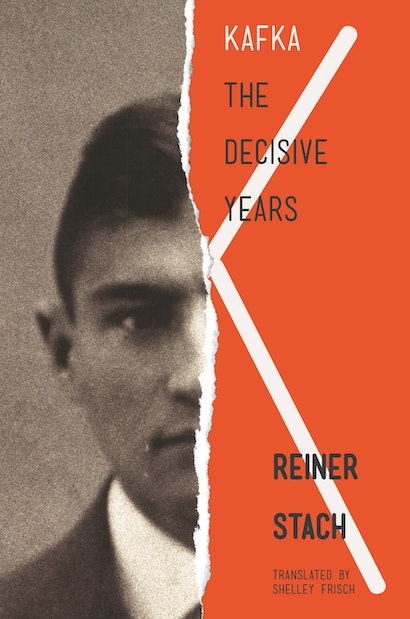 This is the acclaimed central volume of the definitive biography of Franz Kafka. Reiner Stach spent more than a decade working with over four thousand pages of journals, letters, and literary fragments, many never before available, to re-create the atmosphere in which Kafka lived and worked from 1910 to 1915, the most important and best-documented years of his life. This period, which would prove crucial to Kafka’s writing and set the course for the rest of his life, saw him working with astonishing intensity on his most seminal writings — The Trial, The Metamorphosis, The Man Who Disappeared (Amerika), and The Judgment. These are also the years of Kafka’s fascination with Zionism; of his tumultuous engagement to Felice Bauer; and of the outbreak of World War I.

Kafka: The Decisive Years is at once an extraordinary portrait of the writer and a startlingly original contribution to the art of literary biography. 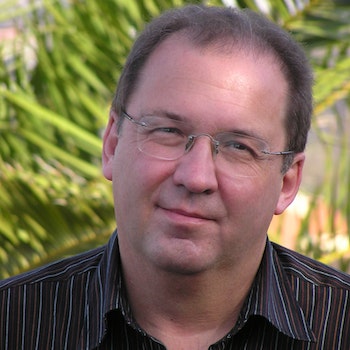 "Most impressive is Stach's recounting of the creation of his subject's writings. . . . Stach's own writing is wonderfully expressive."—Publishers Weekly (starred review)

"[S]uperbly tempered. . . . [T]hrough this robustly determined unearthing he rescues Kafka from the unearthliness of his repute. . . . Shelley Frisch, Stach's heroic American translator, movingly reproduces his intended breadth and pace and tone. . . . In this honest and honorable biography there is no trace of the Kafkaesque; but in it you may find a crystal granule of the Kafka who was."—Cynthia Ozick, New Republic

"Stach aims to tell us all that can be known about [Kafka], avoiding the fancies and extrapolations of earlier biographers. The result is an enthralling synthesis, one that reads beautifully…. I can't say enough about the liveliness and richness of Stach's book…. Every page of this book feels excited, dynamic, utterly alive."—Michael Dirda, Washington Post Book World

"Stach's is a splendid effort and will be hard to surpass."—William H. Gass, Harper's Magazine

"A masterpiece of inspired biographical writing."—Choice

"The first great biography of Franz Kafka ... exciting and instructive from the first to the last page."—Tagesanzeiger

"This extraordinary biography fills the empty spaces between Kafka's own writings and the writings of friends, family, and contemporaries with so much empathy and imagination that one can't put it down."—Frankfurter Rundschau

"[M]onumental. . . . [A] superb English-language translation by Shelly Frisch . . . now reprinted in a handsome paperback by Princeton. . . . In this first volume, Stach sifts through that rubble with huge amounts of energy and discretion (and Frisch follows him without a misstep; it feels like exactly the book I read ten years ago in its original language). . . . His letters and journals are marshaled with sometimes breathtaking ingenuity, and the sheer scope of the work allows Stach to be expansive when painting his backgrounds. . . . Always in these recountings, Stach is searching for his elusive subject, trying—as all previous biographers have tried, though none so well—to hear Kafka's strange, singular voice in the noise. . . . Kafka: The Decisive Years was greeted with a loud chorus of praise when it first appeared in English, and the passage of almost a decade has cast no doubt on that verdict. Princeton has re-issued this classic so that it can stand next to the following volume, Kafka: The Years of Insight, newly published in hardcover. No one interested in Kafka (or, by almost inevitable extension, 20th century literature) should miss either."—Steve Donoghue, Open Letters Monthly

"Stach reads the work and the life with minute care and sympathy. He has a deep understanding of the world that Kafka came from and this is matched by an intelligence and tact about the impulse behind the work itself."—Colm Toibin, Irish Independent

"Superbly translated from German by Shelley Frisch. . . . Illuminating facts and intelligent commentary. . . . The three volumes are so carefully composed and densely woven—blending history, literary analysis, psychological insights, quotes and commentary from others—that it would be practically impossible to produce an abridged version in a single volume."—Alexander Adams, Spiked Review