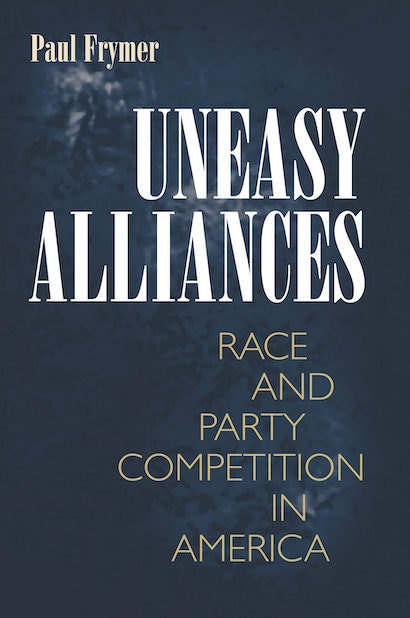 Uneasy Alliances is a powerful challenge to how we think about the relationship between race, political parties, and American democracy. While scholars frequently claim that the need to win elections makes government officials responsive to any and all voters, Paul Frymer shows that not all groups are treated equally; politicians spend most of their time and resources on white swing voters — to the detriment of the African American community. As both parties try to attract white swing voters by distancing themselves from blacks, black voters are often ignored and left with unappealing alternatives. African Americans are thus the leading example of a “captured minority.”


Frymer argues that our two-party system bears much of the blame for this state of affairs. Often overlooked in current discussions of racial politics, the party system represents a genuine form of institutional racism. Frymer shows that this is no accident, for the party system was set up in part to keep African American concerns off the political agenda. Today, the party system continues to restrict the political opportunities of African American voters, as was shown most recently when Bill Clinton took pains to distance himself from African Americans in order to capture conservative votes and win the presidency. Frymer compares the position of black voters with other social groups — gays and lesbians and the Christian right, for example — who have recently found themselves similarly “captured.” Rigorously argued and researched, Uneasy Alliances is a powerful challenge to how we think about the relationship between black voters, political parties, and American democracy.


In a new afterword, Frymer examines the impact of Barack Obama’s election on the delicate relationship between race and party politics in America.

Paul Frymer is associate professor of politics at Princeton University. He is the author of Black and Blue: African Americans, the Labor Movement, and the Decline of the Democratic Party (Princeton). 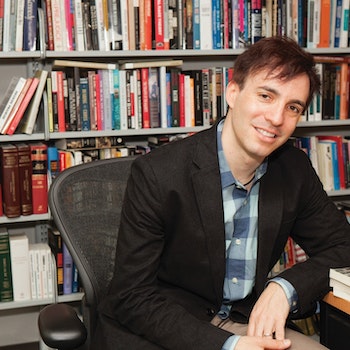 "The vast literature on American political parties has been immensely enriched and enhanced by this pioneering work on race and parties. . . .This is a highly recommended work."—Hanes Walton, Jr., Political Science Quarterly

"In a work that effectively challenges cherished notions of how the political system functions, Paul Frymer . . . shows the centrality of race in the American political process. In addition, he makes a strong theoretical contribution to our analysis of the functioning of political parties in democratic regimes. Uneasy Alliances will be a valuable resource for scholars and students alike, for both its substantive arguments and its theoretical achievements."—Howard L. Reiter, American Political Science Review

"Frymer makes a strong case that Democratic presidential candidates have distanced themselves from black voters and issues. . . . The villain in the tale is the United States electoral structure, the two-party, winner-take-all system."—Sandra Featherman, Journal of Politics

"Frymer argues that the failure to seriously address white racism's impact on the party system causes us to misunderstand how and why African Americans are and remain at the margins for reasons not related to their abilities and potential impact on the American political system."—Choice

"Uneasy Alliances provides an excellent overview of the politics of race and sectional conflict that led to the development of the party system. It is an important contribution to the literature on party politics and African-American politics more broadly."—Carol M. Swain, Princeton University

"This is a bold, provocative book. . . . Scholars and activists will soon be talking about Frymer's argument and figuring out whether they agree or disagree. It's that kind of a book-hard to ignore."—Richard M. Valelly, Swarthmore College