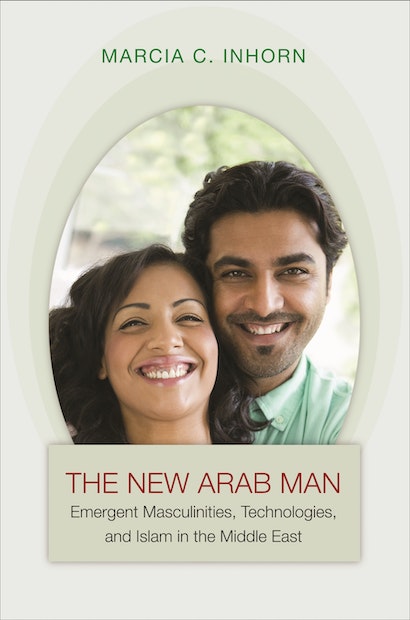 Middle Eastern Muslim men have been widely vilified as terrorists, religious zealots, and brutal oppressors of women. The New Arab Man challenges these stereotypes with the stories of ordinary Middle Eastern men as they struggle to overcome infertility and childlessness through assisted reproduction.


Drawing on two decades of ethnographic research across the Middle East with hundreds of men from a variety of social and religious backgrounds, Marcia Inhorn shows how the new Arab man is self-consciously rethinking the patriarchal masculinity of his forefathers and unseating received wisdoms. This is especially true in childless Middle Eastern marriages where, contrary to popular belief, infertility is more common among men than women. Inhorn captures the marital, moral, and material commitments of couples undergoing assisted reproduction, revealing how new technologies are transforming their lives and religious sensibilities. And she looks at the changing manhood of husbands who undertake transnational “egg quests” — set against the backdrop of war and economic uncertainty — out of devotion to the infertile wives they love.


Trenchant and emotionally gripping, The New Arab Man traces the emergence of new masculinities in the Middle East in the era of biotechnology.

Marcia C. Inhorn is the William K. Lanman, Jr., Professor of Anthropology and International Affairs at Yale University. Her many books include Local Babies, Global Science: Gender, Religion, and In Vitro Fertilization in Egypt and Infertility and Patriarchy: The Cultural Politics of Gender and Family Life in Egypt.

"Yale anthropologist Inhorn's readable ethnography tackles the subject of infertility among Arab men. The author draws primarily on her research in Lebanese clinics that offer in vitro fertilization (IVF) and intrcytoplasmic sperm injection (ICSI) but also utilizes data from research in Egypt and the UAE. . . . Inhorn's engagin writing style, clear analysis of relevant literature and theory, and compelling interviews make this book an excellent choice for both undergraduate and graduate collections."—Choice

"Not only does this book provide scholars with innovative anthropological theoretical tools for the study of gender and masculinity in a field increasingly dominated by queer theoretical paradigms, it also offers a fascinating insight into the intersection of gender, religion and art in the Middle East, setting an example for new research. Yet above all, The New Arab Man effortlessly succeeds in offering 'a more realistic and humanizing portrayal of Middle Eastern men's lives.'"—Wim Peumans, Social Anthropology

"In the end, I think Inhorn is right; her book does provide a corrective to those who conceptualize Middle Eastern men in a two-dimensional way, but I also think her book goes much further than this, delving into the complex navigations of religion, cultural tradition, science, and technology faced by many religious people in everyday life. For those interested in exploring such issues—including scholars and students of religion, immigration, science studies, medical sociology, and medicine—her book is a wonderful resource."—John O'Brien, Sociology of Religion

"[This] is without doubt an important contribution to medical anthropology in the Middle East and to our understanding of the complex and changing nature of masculinity in the Arab world."—Ramy Aly, Journal of the Royal Anthropological Institute

"This is a groundbreaking book that makes an extraordinary contribution to the fields of medical anthropology, Middle East studies, and reproductive health. Drawing on rigorous ethnographic fieldwork in multiple countries, Inhorn offers a well-researched, nuanced, and moving reflection on what she terms 'emergent masculinities' in the Middle East. Inhorn is a trailblazer in medical anthropology, and The New Arab Man addresses astonishing gaps in gender studies and related fields."—Angel M. Foster, University of Ottawa and Ibis Reproductive Health

"The New Arab Man is a tour de force that makes a major contribution to multiple fields of scholarship. At a time of great global tension in relation to the associations between Islam, masculinity, and terrorism, this is an incredibly timely book that will act to combat gross stereotypes and deeply rooted stigmas. There is no doubt in my mind that it will become a classic work of ethnographic research."—Richard G. Parker, Columbia University