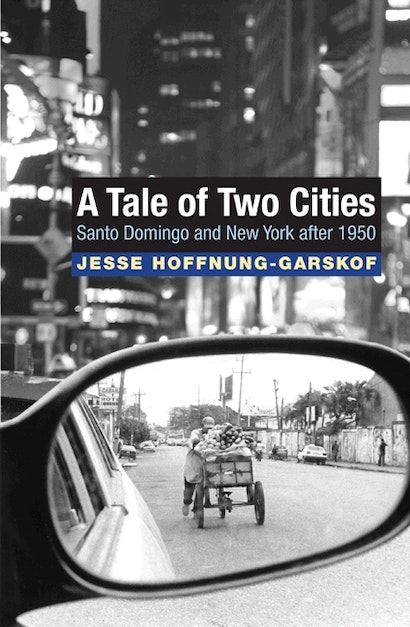 In the second half of the twentieth century Dominicans became New York City’s largest, and poorest, new immigrant group. They toiled in garment factories and small groceries, and as taxi drivers, janitors, hospital workers, and nannies. By 1990, one of every ten Dominicans lived in New York. A Tale of Two Cities tells the fascinating story of this emblematic migration from Latin America to the United States. Jesse Hoffnung-Garskof chronicles not only how New York itself was forever transformed by Dominican settlement but also how Dominicans’ lives in New York profoundly affected life in the Dominican Republic.

A Tale of Two Cities is unique in offering a simultaneous, richly detailed social and cultural history of two cities bound intimately by migration. It explores how the history of burgeoning shantytowns in Santo Domingo — the capital of a rural country that had endured a century of intense U.S. intervention and was in the throes of a fitful modernization — evolved in an uneven dialogue with the culture and politics of New York’s Dominican ethnic enclaves, and vice versa. In doing so it offers a new window on the lopsided history of U.S.-Latin American relations. What emerges is a unique fusion of Caribbean, Latin American, and U.S. history that very much reflects the complex global world we live in today.

Jesse Hoffnung-Garskof is assistant professor of history, American culture, and Latina/o studies at the University of Michigan. 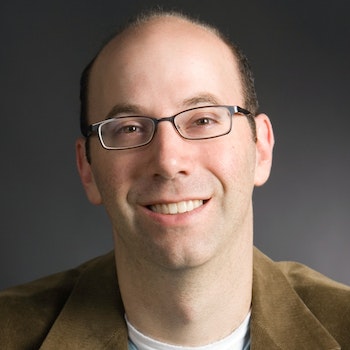 "This detailed, compelling study shows how Dominicans have recreated the modern city in both their national capital of Santo Domingo and Washington Heights in New York through their aspirations, responses to government policy (in both states), and generational change. Hoffnung-Garskoff grounds his study in Dominican national debates over progress and culture before tackling the symbiosis of cities and nations that has intensified since the 1960s."—G.W. McDonogh, Choice

"Rather than an overly optimistic assessment of the transnational condition, A Tale of Two Cities is a balanced, sophisticated look into the national and community-level challenges for transnational nations and peoples that, though rooted in historical scholarship, also crosses disciplinary lines."—Marc Simon Rodriguez, Journal of American History

"[T]he questions Hoffnung-Garskof raises . . . will be of concern a broad array of scholars. The clarity of the writing, together with the wealth of apposite photographs and other illustrations, will make this text an excellent choice for the classroom as well. This capacious and well-told tale of two cities will reward any scholar with an interest in the history of transnationalism, international migration and the Dominican Republic."—Katja Naumann, H-Soz-u-Kult

"Hoffnung-Garskof's narrative is, quite simply, one of the best academic texts I have read in years. It is meticulous but not overwrought, briskly written but not simplistic, and contemporary but not dependent on trendy jargon. I will certainly use it in undergraduate classes on immigration. I would also recommend it to anyone who remains unconvinced about the value of transnational scholarship as a tool to help make sense of the contemporary world and its transformations."—Daniel Reichman, Journal of Latin American and Caribbean Anthropology

"[F]rom an American Studies and U.S. history perspective, this book is invaluable. It shows the extent to which students of the United States need to become experts on other nations and regions if they are to explain transnational and global processes."—Themis Chronopoulos, Americas

"Hoffnung-Garskof's A Tale of Two Cities is a stunning study of Dominican life in Santo Domingo and New York City that raises the bar for transnational-migration scholarship. A work of rigorous research and analysis along multiple lines of inquiry (imperialism, migration, modernization, urban youth culture), it also is a deeply humane book that reveals the manifold ways in which ordinary Dominicans apprehend and make their social world."—Mae M. Ngai, author of Impossible Subjects: Illegal Aliens and the Making of Modern America

"Refreshing and convincing. Hoffnung-Garskof traces in very specific terms how the existence of transnational networks played out on both ends of the circulating stream of migration between the mid-1960s and the present. He does a very nice job in excavating the intricate ways U.S. economic and military imperialism in the Caribbean shaped Dominicans' opportunity structures and influenced their most important life choices. Truly a pleasure to read."—David G. Gutiérrez, University of California, San Diego

"A Tale of Two Cities adds an important new case study and a focus on youth culture to the growing literature that acknowledges the full circuit of migratory experiences. It is one of the best and most empirically grounded of such works."—Donna R. Gabaccia, University of Minnesota

"By using previously untapped sources of data—including oral history among barrio dwellers in Santo Domingo and migrants in New York City—this book goes well beyond previous works that focus only on demographics and socioeconomic issues. A Tale of Two Cities recreates the history of Dominican migration from the perspective of lower-class Dominicans—portraying the human face of Dominican migration while still keeping track of the big picture."—Ernesto Sagás, Southern New Hampshire University