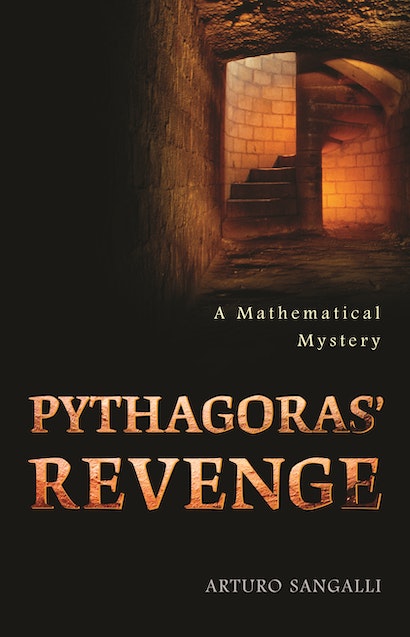 The celebrated mathematician and philosopher Pythagoras left no writings. But what if he had and the manuscript was never found? Where would it be located? And what information would it reveal? These questions are the inspiration for the mathematical mystery novel Pythagoras’ Revenge. Suspenseful and instructive, Pythagoras’ Revenge weaves fact, fiction, mathematics, computer science, and ancient history into a surprising and sophisticated thriller.


The intrigue begins when Jule Davidson, a young American mathematician who trolls the internet for difficult math riddles and stumbles upon a neo-Pythagorean sect searching for the promised reincarnation of Pythagoras. Across the ocean, Elmer Galway, a professor of classical history at Oxford, discovers an Arabic manuscript hinting at the existence of an ancient scroll — possibly left by Pythagoras himself. Unknown to one another, Jule and Elmer each have information that the other requires and, as they race to solve the philosophical and mathematical puzzles set before them, their paths ultimately collide. Set in 1998 with flashbacks to classical Greece, Pythagoras’ Revenge investigates the confrontation between opposing views of mathematics and reality, and explores ideas from both early and cutting-edge mathematics.


From academic Oxford to suburban Chicago and historic Rome, Pythagoras’ Revenge is a sophisticated thriller that will grip readers from beginning to surprising end.

Arturo Sangalli is a freelance science journalist and writer. He has a PhD in mathematics from the University of Montreal. He is the author of The Importance of Being Fuzzy: And Other Insights from the Border between Math and Computers (Princeton) and has contributed many pieces to New Scientist. 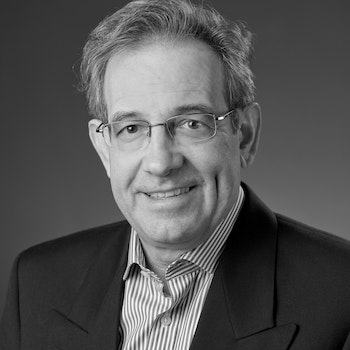 "Who would have guessed that a murder-treasure mystery lay hidden behind a geometric formula familiar to every high-schooler? Weaving a wealth of mathematical scholarship into a compellingly plotted novel, Sangalli recounts a fascinating tale of ancient arson and modern sleuthing, as Pythagoras of Samos (forever linked to the triangular theorem bearing his name) perishes amid brutal intrigues sweeping an early Greek colony, yet leaves behind a tantalizing legacy of numerical reasoning and paranormal mysticism. . . . To be sure, it is the author's own fertile imagination that generates the characters who form this resolute band and then scripts the adventures they encounter in their unlikely international quest. . . . [R]eaders will learn a great deal about real mathematics and its history as they join Pythagoras' modern epigones in pondering the meaning of geometrical patterns, the surprising randomness in numbers, and the logic of mathematical proofs. . . . [T]his engaging narrative will persuade many readers that mathematics offers far more excitement than they had previously supposed."—Bryce Christensen, Booklist

"[The book] comes together [around] the tantalizing possibility that Pythagoras, who forbade his followers to write down any of his sayings, may just have left something tangible after all. Sangalli builds his story on this, using clues from ancient texts, bits of mathematical lore and interesting arcana, like the puzzle that couldn't be patented because it had no solution. For a total escape, this novel is perfect."—Margaret Cannon, Globe and Mail

"Pythagoras' Revenge: A Mathematical Mystery is more than just a novel. It is also an introduction to several big ideas in mathematics, from infinite series to unsolvable puzzles. . . . [T]his romp through ancient and modern mathematics is entertaining in patches, and certainly a cut above standard holiday reading. Despite occasional plot hiccups, its gripping story will likely hold readers to the end."—Physics World

"Initially Pythagoras' Revenge was intended to discuss the tyranny of numbers in modern societies in the same style as Sangalli's previous book. But, as if by magic, it became instead a work of fiction. . . . What remains after the end of this page-turner is Sangalli's impressive capacity to communicate mathematics. Let us take this book as a reminder to capitalize on the full potential of scientific storytelling."—Javier Fresán, Notices of the AMS

"This is an entertaining read, and although the plot is implausible at times it succeeds in conveying a variety of mathematical and philosophical ideas in a simple and light-hearted way. . . . Pythagoras' Revenge is a gripping novel that offers a refreshing way to learn about mathematics."—Sarah Shepherd, iSquared

"Human beings are story making animals, and this book shows that there is an opportunity to make use of this approach in the field. A fascinating attempt."—Brian Clegg, Popular Science

"Read this book if you like mathematics and spend some time ruminating over the larger philosophical questions that are implicit in modern math. Such questions go directly to the heart of modern scientific culture."—William Byers, European Legacy

"If you like conspiracy adventure, and can dismiss the shallow characters and clunky sub-plots, it's a fun read as you get the history, philosophy, and theories on randomness and math, and of a figure who famously said, 'All is Number.'"—Phil Semler, San Francisco Book Review

"A fascinating thriller that weaves together historical fiction, mathematical intrigue, and mighty philosophical clashes, all with Pythagoras' teachings as a backdrop. It will keep you riveted from the first page to the last."—Eli Maor, author of The Pythagorean Theorem

"A page turner! A serious work on the philosophy of mathematics disguised as a mystery novel that would make a terrific motion picture!"—Gregory Chaitin, author of Meta Math!: The Quest for Omega

"A well-written, immensely entertaining story. Sangalli weaves mathematical and philosophical concepts into a compelling modern-day adventure. His gift is the ability to explain those concepts and make them fun, through dialogue and other tools of the fiction writer. Pythagoras' Revenge is a thoroughly enjoyable mystery novel."—Mark Cohen, author of The Fractal Murders

"A fun read, this book is gripping, clever, and chock-full of accessible math and philosophy. I couldn't put it down."—Doron Zeilberger, Rutgers University