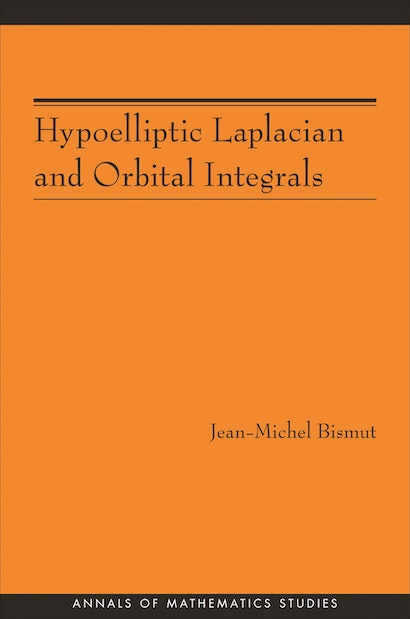 This book uses the hypoelliptic Laplacian to evaluate semisimple orbital integrals in a formalism that unifies index theory and the trace formula. The hypoelliptic Laplacian is a family of operators that is supposed to interpolate between the ordinary Laplacian and the geodesic flow. It is essentially the weighted sum of a harmonic oscillator along the fiber of the tangent bundle, and of the generator of the geodesic flow. In this book, semisimple orbital integrals associated with the heat kernel of the Casimir operator are shown to be invariant under a suitable hypoelliptic deformation, which is constructed using the Dirac operator of Kostant. Their explicit evaluation is obtained by localization on geodesics in the symmetric space, in a formula closely related to the Atiyah-Bott fixed point formulas. Orbital integrals associated with the wave kernel are also computed.

Jean-Michel Bismut is professor of mathematics at the Université Paris-Sud, Orsay.