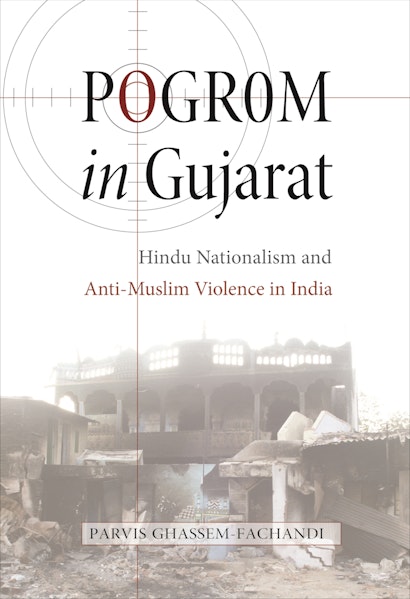 In 2002, after an altercation between Muslim vendors and Hindu travelers at a railway station in the Indian state of Gujarat, fifty-nine Hindu pilgrims were burned to death. The ruling nationalist Bharatiya Janata Party blamed Gujarat’s entire Muslim minority for the tragedy and incited fellow Hindus to exact revenge. The resulting violence left more than one thousand people dead — most of them Muslims — and tens of thousands more displaced from their homes. Parvis Ghassem-Fachandi witnessed the bloodshed up close. In Pogrom in Gujarat, he provides a riveting ethnographic account of collective violence in which the doctrine of ahimsa — or nonviolence — and the closely associated practices of vegetarianism became implicated by legitimating what they formally disavow.


Ghassem-Fachandi looks at how newspapers, movies, and other media helped to fuel the pogrom. He shows how the vegetarian sensibilities of Hindus and the language of sacrifice were manipulated to provoke disgust against Muslims and mobilize the aspiring middle classes across caste and class differences in the name of Hindu nationalism. Drawing on his intimate knowledge of Gujarat’s culture and politics and the close ties he shared with some of the pogrom’s sympathizers, Ghassem-Fachandi offers a strikingly original interpretation of the different ways in which Hindu proponents of ahimsa became complicit in the very violence they claimed to renounce.

Parvis Ghassem-Fachandi is assistant professor of anthropology at Rutgers University. He is the editor of Violence: Ethnographic Encounters. 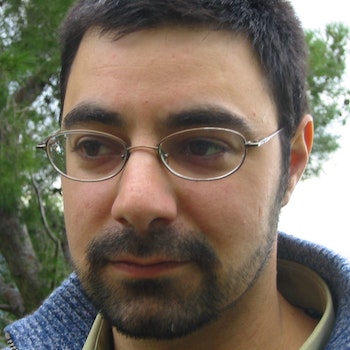 "This is an insightful and subtle account, capturing much of a moment which is already being made to be forgotten by new forms of political will and national ambition in Gujarat."—Edward Simpson, Journal of the Royal Anthropological Institute

"The book makes a number of noteworthy contributions throughout. Foremost among these is its discussion on women, who stand at the center of all deliberations, yet are denied agency."—R. Khan, Asian Affairs

"Although there have been many eye-witness accounts of the 2002 pogrom in Gujarat, in the wake of the Godhra train tragedy there has been no book-like treatment of the subject by an academic, who lived and observed the events before, during and after the pogrom. Pogrom in Gujarat fills this void admirably."—V. Venkatesan, Frontline

"Pogrom in Gujarat: Hindu Nationalism and Anti-Muslim Violence in India is an original and unique contribution to the literature on the anthropology of violence. Ghassem-Fachandi's style of writing is lucid, and his arguments are based on an authoritative understanding of Gujarati society and culture (both rural and urban)."—Rubina Jasani, Journal of Church and State

"The uniqueness of the book lies in the author's intimate experience of ethnic violence, which is quite exceptional for academic research on ethnic violence in India. Often written in the first person, the ethnographic narrative is powerful and extends beyond this experience into an in-depth analysis of the larger cultural context of violence in Gujarat. This book will remain a classic analysis of the politics of the Hindu right in India that draws its sustenance from the blood of the innocent."—Sanal Mohan, Social Anthropology

"This book is an intimate and disturbing exploration of the cultural formations around nationalism, vegetarianism, and religious imaginings that have arisen in modern-day Gujarat. Ghassem-Fachandi deploys his deep familiarity with Gujarati culture in what arguably is the most incisive and profound account of communal violence in India to date. His is a new, very distinctive voice in the anthropology of violence."—Thomas Blom Hansen, author of Wages of Violence: Naming and Identity in Postcolonial Bombay

"Pogrom in Gujarat is a very well-written account of a searing episode of violence against Muslims in India. It makes a valuable contribution to the literatures on violence, nationalism, and Indian politics."—Pratap Bhanu Mehta, coeditor of The Oxford Companion to Politics in India