An essential guide to U.S. politics, from the founding to today 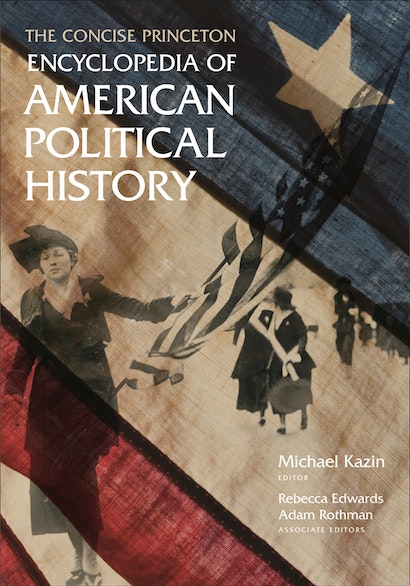 With 150 accessible articles written by more than 130 leading experts, this essential reference provides authoritative introductions to some of the most important and talked-about topics in American history and politics, from the founding to today. Abridged from the acclaimed Princeton Encyclopedia of American Political History, this is the only single-volume encyclopedia that provides comprehensive coverage of both the traditional topics of U.S. political history and the broader forces that shape American politics — including economics, religion, social movements, race, class, and gender. Fully indexed and cross-referenced, each entry provides crucial context, expert analysis, informed perspectives, and suggestions for further reading.

"This well-edited and attractively presented volume provides readers with significantly more thoughtful and wide-ranging information than they will easily find on the Web; students in particular would be wise to consult it. Except in its language, which is uniformly accessible and mercifully free of the jargon that plagues contemporary scholarship, this encyclopedia reflects the atmosphere and the concerns of the contemporary academic community as effectively as Diderot's encyclopedia reflected the French Enlightenment."—Walter Russell Mead, Foreign Affairs

"[S]uccinct. . . . What this convenient, one-volume compilation provides, as did its antecedent, are the fact-based, thought-provoking interpretations of historians, journalists, and social scientists found in topical entries, followed by suggestions for further reading and often by see also references."—Choice

"[T]his essential reference provides authoritative introductions to some of the most important and talked-about topics in American history and politics, from the founding to today."—World Book Industry