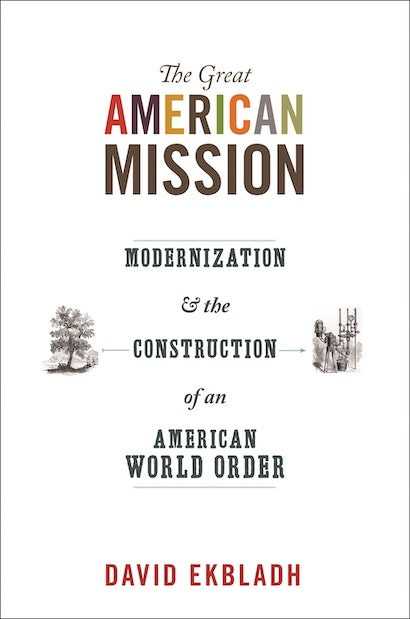 The Great American Mission traces how America’s global modernization efforts during the twentieth century were a means to remake the world in its own image. David Ekbladh shows that the emerging concept of modernization combined existing development ideas from the Depression. He describes how ambitious New Deal programs like the Tennessee Valley Authority became symbols of American liberalism’s ability to marshal the social sciences, state planning, civil society, and technology to produce extensive social and economic change. For proponents, it became a valuable weapon to check the influence of menacing ideologies such as Fascism and Communism.


Modernization took on profound geopolitical importance as the United States grappled with these threats. After World War II, modernization remained a means to contain the growing influence of the Soviet Union. Ekbladh demonstrates how U.S.-led nation-building efforts in global hot spots, enlisting an array of nongovernmental groups and international organizations, were a basic part of American strategy in the Cold War.


However, a close connection to the Vietnam War and the upheavals of the 1960s would discredit modernization. The end of the Cold War further obscured modernization’s mission, but many of its assumptions regained prominence after September 11 as the United States moved to contain new threats. Using new sources and perspectives, The Great American Mission offers new and challenging interpretations of America’s ideological motivations and humanitarian responsibilities abroad.

David Ekbladh is assistant professor of history at Tufts University. 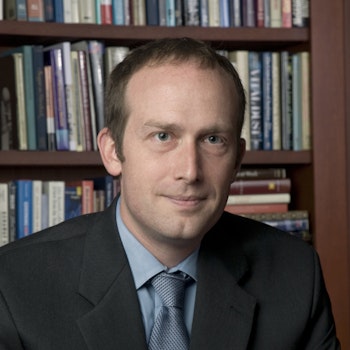 "In this important book, Ekbladh provides one of the most compelling portraits yet of the liberal ideas that guide U.S. foreign policy. . . . Even though the liberal vision of modernization lost appeal amid the trauma of the Vietnam War, as Ekbladh's fascinating account makes clear, it remains deeply embedded in the American imagination."—John Ikenberry, Foreign Affairs

"[T]his is a book with a broad mandate. . . . It is a significant contribution to have such a compelling account of the overall strategic impetus of American development during, before, and after the Cold War."—Travis Nelson, Political Science Quarterly

"Ekbladh offers a sweeping, provocative appraisal of the U.S. attempt to employ development as an ideological weapon."—Choice

"The Great American Mission deserves to take its place among the literature on the evolution of US foreign relations in the twentieth century."—Nicolas Bouchet, International Affairs

"David Ekbladh's excellent new book does valuable work in illustrating much of this complexity, and fleshing out its rich historical detail. He not only provides an impressive account of the evolution of American thinking about 'development' and 'modernisation', but also places this firmly in the context of both social and intellectual trends at work within the United States and the external demands being made of its foreign policy."—Adam Quinn, Journal of Transatlantic Studies

"[A]s a historical narrative it constitutes a very valuable and thorough contribution to understanding how modernization ideas furnished the foundations of American post-war development policy, whilst also supplying a series of interesting portraits of almost-forgotten figures who were intimately associated with this enterprise. . . . [T]he book is a substantial contribution both to the literatures on the Cold War as well as the history of Western development policy, making it a worthwhile book for the specialist and the interested general reader alike."—Willem Oosterveld, Political Science Journal

"An extraordinarily important book. Ekbladh puts concepts of development and modernization at the heart of America's global expansion in the twentieth century and thereby helps us understand the forces that move U.S. foreign policy, both yesterday and today."—O. A. Westad, author of The Global Cold War: Third World Interventions and the Making of Our Times

"A comprehensive history of developmentalism as it became increasingly central to U.S. foreign affairs in the twentieth century. The legacy is still with us, and anyone interested in finding out what may have happened to the 'American century' will find the book an excellent guide and a rich source of information and insights."—Akira Iriye, Harvard University

"Cogent and compelling. The Great American Mission illuminates for the first time how the central characteristics of America's modernization project in the Cold War came together in the prewar period. Carefully tracing ideas, institutions, and individuals from the Depression to the heyday of development, Ekbladh offers new insights into the distinctive components of American modernization efforts abroad."—David C. Engerman, Brandeis University