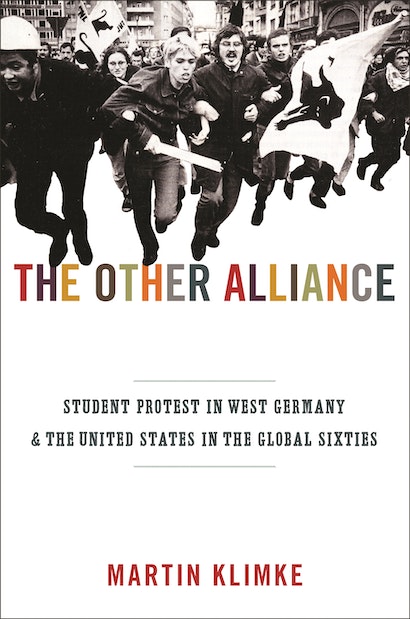 Using previously classified documents and original interviews, The Other Alliance examines the channels of cooperation between American and West German student movements throughout the 1960s and early 1970s, and the reactions these relationships provoked from the U.S. government. Revising the standard narratives of American and West German social mobilization, Martin Klimke demonstrates the strong transnational connections between New Left groups on both sides of the Atlantic.


Klimke shows that the cold war partnership of the American and German governments was mirrored by a coalition of rebelling counterelites, whose common political origins and opposition to the Vietnam War played a vital role in generating dissent in the United States and Europe. American protest techniques such as the “sit-in” or “teach-in” became crucial components of the main organization driving student activism in West Germany — the German Socialist Student League — and motivated American and German student activists to construct networks against global imperialism. Klimke traces the impact that Black Power and Germany’s unresolved National Socialist past had on the German student movement; he investigates how U.S. government agencies, such as the State Department’s Interagency Youth Committee, advised American policymakers on confrontations with student unrest abroad; and he highlights the challenges student protesters posed to cold war alliances.


Exploring the catalysts of cross-pollination between student protest movements on two continents, The Other Alliance is a pioneering work of transnational history.

Martin Klimke is research fellow at the German Historical Institute, Washington, DC, and the Heidelberg Center for American Studies at the University of Heidelberg. 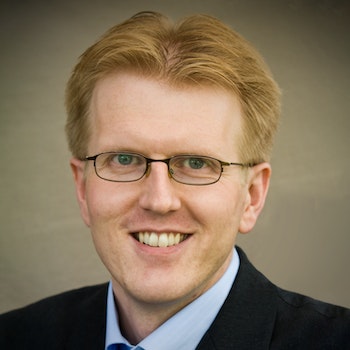 "The Other Alliance takes the protest movements in West Germany and the United States . . . as a case study of how activists in different countries shared political ideas and forms of protest an in doing so influenced and inspired each other. But unlike some other analyses, his focuses on the 'exact processes' by which the two movements constructed a 'collective identity'. . . . What emerges from Klimke's study is an impressively nuanced picture."—Hans Kundnani, Times Literary Supplement

"Martin Klimke's new study, The Other Alliance: Student Protest in West Germany & the United States in the Global Sixties, represents an important attempt to go beyond vague generalizations about the 'global' to find ways of accessing and analyzing the pronounced interconnectedness that characterized the rebellion of the 1960s. . . . Klimke makes excellent use of a range of sources, including classified American government documents that open up a fascinating perspective on how intelligence agencies viewed the threat of student unrest. . . . [W]e can be grateful for Martin Klimke's excellent study, which represents an important addition to the vast and growing historical literature on the global sixties."—Timothy Scott Brown, Journal of American History

"This logically organized, persuasive study of the transnational character of the 1960s student protest movement focuses on the relationship between New Left groups in the US and West German. Klimke, utilizing an impressive array of sources ranging from official archives to oral history interviews, examines the interaction between Students for a Democratic Society and its West German counterpart, the German Socialist Student League, as he makes his case for the significance of a student-led 'other alliance' that emerged in response to the perceived inadequacies and inanities of the official Western transatlantic partnership that evolved after 1945. . . . Klimke's examination of one aspect of the international protest movement that took shape during this era is impressive."—Choice

"Klimke brings important new information about international connections that concretizes the often (overly) general discussions of the international student movement. . . . Klimke has produced a valuable addition to the burgeoning literature on 1968. He has contributed to the effort to rescue 1968 from the 68ers and to specify what happened as opposed to what people 'remember.'"—Michael L. Hughes, Central European History

"The Other Alliance is a great read. It is an ambitious work that performs the valuable service of forcing us to think in new ways about the sixties as an aspect of globalization. Not only scholars of the sixties, but also those interested in transnational aspects of protest movements will need to take this work seriously. It is a valuable book for scholars well beyond the boundaries of German and American studies. I recommend it strongly, and have already begun to incorporate it into my work."—Lorenzo Bosi, Mobilization

"Klimke succeeds admirably in documenting the emergence and complex transnational entanglement of [the] 'other' alliance, using carefully crafted prose to support his exhaustive and painstaking research. . . . The Other Alliance is a bold and exciting work that will remain relevant for some time."—Michael Stauch, H-Soz-u-Kult

"Klimke successfully walks a fine line between emphasizing the importance of international connections and recognizing the constraints upon them. This invaluable account will be a springboard for further research."—Nick Thomas, American Historical Review

"[A] pioneering book on the student revolts of the 1960s and an excellent work of diplomatic history."—Stuart Hilwig, Diplomatic History

"Klimke's account adds nuance to a historiography that has tended to neglect the response of the establishment beyond acts of police brutality."—Quinn Slobodian, German Studies Review

"The product of truly prodigious research, The Other Alliance offers an amazingly complex and well-documented examination of the transnational political state of affairs of the 1960s, brilliantly detailing the historical and cultural determinism of the interaction between the student movements in West Germany and the United States in a global context."—Georgia Tres, Canadian Journal of History

"[T]his book is a model of groundbreaking scholarship."—Klaus Schwabe, Journal of Transatlantic Studies

"Martin Klimke has produced a fascinating narrative coupled with extensive analysis. . . . Klimke's work teaches us that the global consciousness of young people predates the information age, in which we presently live. The seventh decade of the twentieth century clearly deserves further scholarly attention yet future efforts should also focus on other global relationships and their significance. This treatise will be an important source for students and scholars alike, and I certainly look forward to upcoming books by Martin Klimke."—Francis D. Raska, European Legacy

"Martin Klimke's impressively researched and well-argued comparison of the West German and the US student protests takes . . . transnationalism seriously and explores the many interconnections between those two student movements."—Stefan Berger, Moving the Social

"As we approach the fiftieth anniversary of the sixties upheavals, there is much to discover about the global character of those radical days. It all seemed more spontaneous than coordinated, spread by media images rather than transnational organizations. But Martin Klimke's book illustrates some of the little-known interactions that linked the movements in the United States and Germany in a quest for a new international resistance. This is the most original and well-written academic contribution to understanding those times that I have read."—Tom Hayden, author of The Long Sixties: From 1960 to Barack Obama.

"This fantastic book offers a completely new vantage point on the history of the cold war. It demonstrates brilliantly the value of serious attention to transnationally interconnected and critically idealist social movements, and to the challenges faced by the U.S. government in grappling with them."—Dagmar Herzog, Graduate Center, City University of New York

"Klimke's meticulous research and serious reflection greatly deepen and widen our knowledge of the turbulent years of transatlantic protest from a half-century ago. His book is also a considerable contribution to our thinking about modern social movements—and the response of beleaguered elites to crises for which they are, almost invariably, intellectually unprepared. It is, therefore, as contemporary as the most recent demonstrations on Capitol Hill or at the Brandenburg Gate."—Norman Birnbaum, Georgetown University

"Aptly titled, The Other Alliance rethinks the generational revolt of the sixties era. Klimke brings to life a transnational movement that linked radicals on both sides of the Atlantic to a global struggle for power and justice. Must reading for '68ers and those who seek to understand the history they made."—David Farber, author of The Age of Great Dreams

"The book's execution is impressive and the research is breathtaking: meticulous work in archives, numerous interviews with key figures, and comprehensive readings of the secondary literature. Klimke uncovers all kinds of links between the American and West German student movements; contextualizes these within social movement theory and other models; and teaches readers a great deal about the American and West German New Left and the rebellions of 1968. This book is clearly a labor of immense passion, discipline, intelligence, and insight."—Jeremy Varon, Drew University

"Martin Klimke's sparkling look at the stormy, transatlantic Sixties illuminates the startling cultural, intellectual and political threads of internationalism at the heart of the myriad youth revolutions then storming the ramparts. This brilliant young historian has unearthed a dazzling array of US/German interconnections woven into the jumble of GI resistance, women's rebellions, Black liberation, student militancy, government surveillance, and the common, fierce determination—here and there, not to be 'good Germans.'"—Bernardine Dohrn, Northwestern University, School of Law

"Unlike most accounts of 1968, Martin Klimke bursts the boundaries of nationalist histories in this well-crafted portrayal of the New Left's transnational origins. His evidence of the simultaneous emergence of common tactics, ideas, and dreams among activists in Germany and the US illustrates both autonomy and connections between the two movements. By tracing protesters' effects on the White House and US foreign policy, Klimke provides evidence of their impact at the highest levels of world power."—George Katsiaficas, author of The Imagination of the New Left: A Global Analysis of 1968