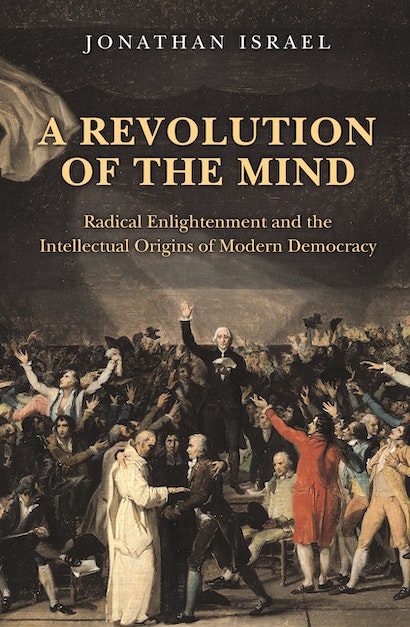 Democracy, free thought and expression, religious tolerance, individual liberty, political self-determination of peoples, sexual and racial equality—these values have firmly entered the mainstream in the decades since they were enshrined in the 1948 U.N. Declaration of Human Rights. But if these ideals no longer seem radical today, their origin was very radical indeed—far more so than most historians have been willing to recognize. In A Revolution of the Mind, Jonathan Israel, one of the world’s leading historians of the Enlightenment, traces the philosophical roots of these ideas to what were the least respectable strata of Enlightenment thought—what he calls the Radical Enlightenment.

Originating as a clandestine movement of ideas that was almost entirely hidden from public view during its earliest phase, the Radical Enlightenment matured in opposition to the moderate mainstream Enlightenment dominant in Europe and America in the eighteenth century. During the revolutionary decades of the 1770s, 1780s, and 1790s, the Radical Enlightenment burst into the open, only to provoke a long and bitter backlash. A Revolution of the Mind shows that this vigorous opposition was mainly due to the powerful impulses in society to defend the principles of monarchy, aristocracy, empire, and racial hierarchy—principles linked to the upholding of censorship, church authority, social inequality, racial segregation, religious discrimination, and far-reaching privilege for ruling groups.

In telling this fascinating history, A Revolution of the Mind reveals the surprising origin of our most cherished values—and helps explain why in certain circles they are frequently disapproved of and attacked even today. 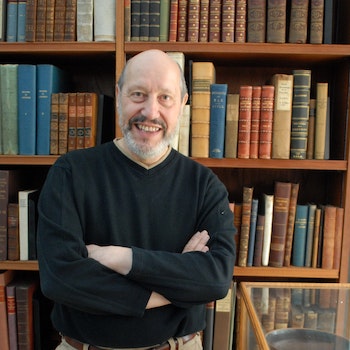 "Spinoza's radicalism was certainly frightening in its time, and Israel has valuably if aggressively opened the question of its influence on the Enlightenment and the era of revolution."—Samuel Moyn, Nation

"Israel is right to emphasize the importance of this intellectual movement, but since his is such a sweeping revision of so many generations of received ideas, his work raises the question of why the radical Enlightenment has been misunderstood or obscured for so long in favor of such colorful figures as Voltaire (in Israel's telling, a witty, snobbish sycophant). . . . We are lucky that a historian of Israel's caliber has taken these subjects on and lucky, too, that he has now produced a readable introduction to them."—Benjamin Moser, Harper's Magazine

"Israel's reasoned assertion for the influence of the Radical Enlightenment on democratic thought is certainly compelling, making this essential reading for students of the Enlightenment era as well as anyone interested in the foundations of modern democracy."—Library Journal

"Israel's new book is a breathtaking rethinking of the Enlightenment and its impact in the modern world."—Choice

"Perhaps no active scholar has shaped the conversation about the sources and meaning of the Enlightenment more than Jonathan Israel. . . . Almost miraculously, Israel manages to embody the greatest intellectual virtues and vices."—Christian Century

"Israel succeeds commendably in a great evaluation and dissemination of generally unknown texts from beyond the familiar territories of France, England, and America. In this respect, he broadens the common conception of where Enlightenment ideas were debated and implemented, unlike Isaiah Berlin, who failed to notice the American Enlightenment."—Rivka Weisberg and Carl Pletsch, 1650-1850

"In telling this fascinating story, A Revolution of the Mind reveals the surprising origins of our most cherished values—and helps explain why in certain circles they are frequently disapproved of and attacked even today."—World Book Industry

"[T]hanks to Israel's engaging narrative style, this is an accessible and entertaining, yet hugely informative read."—Sinéad Fitzgibbon, Marginalia

"Israel's book is itself a demonstration of just how alive Enlightenment values and ideals still are."—Alan Apperley, European Legacy

"This book succeeds beautifully. Written with confidence and concision, it lays out Jonathan Israel's central ideas about the Radical Enlightenment and its fundamental importance in shaping the values of democratic modernity. Those who already know his work will find a clear and bold statement of his principal arguments, as well as important elaborations and expansions. Those unfamiliar with his scholarship will get a masterful introduction to the work of one of the leading Enlightenment scholars in the world today."—Darrin M. McMahon, Florida State University

"Interesting, erudite, and provocative, this book provides readers with a succinct and clear introduction to Jonathan Israel's wide-ranging work on the Radical Enlightenment. It should command a broad readership."—James Schmidt, Boston University