How a German city became Polish after World War II 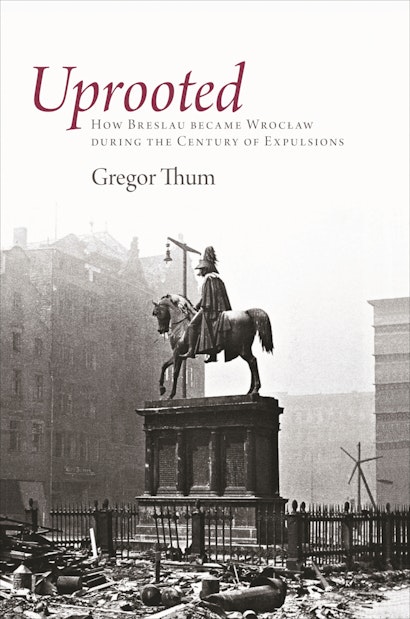 With the stroke of a pen at the Potsdam Conference following the Allied victory in 1945, Breslau, the largest German city east of Berlin, became the Polish city of Wroclaw. Its more than six hundred thousand inhabitants—almost all of them ethnic Germans—were expelled and replaced by Polish settlers from all parts of prewar Poland. Uprooted examines the long-term psychological and cultural consequences of forced migration in twentieth-century Europe through the experiences of Wroclaw’s Polish inhabitants.

In this pioneering work, Gregor Thum tells the story of how the city’s new Polish settlers found themselves in a place that was not only unfamiliar to them but outright repellent given Wroclaw’s Prussian-German appearance and the enormous scope of wartime destruction. The immediate consequences were an unstable society, an extremely high crime rate, rapid dilapidation of the building stock, and economic stagnation. This changed only after the city’s authorities and a new intellectual elite provided Wroclaw with a Polish founding myth and reshaped the city’s appearance to fit the postwar legend that it was an age-old Polish city. Thum also shows how the end of the Cold War and Poland’s democratization triggered a public debate about Wroclaw’s “amputated memory.” Rediscovering the German past, Wroclaw’s Poles reinvented their city for the second time since World War II.

Uprooted traces the complex historical process by which Wroclaw’s new inhabitants revitalized their city and made it their own.

Gregor Thum is assistant professor of history at the University of Pittsburgh. 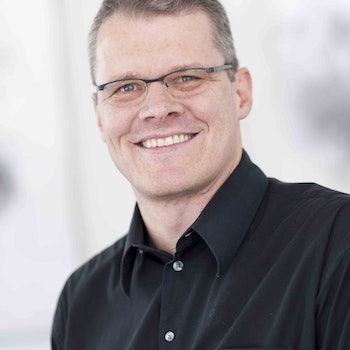 "As a case study from 'the century of expulsions,' Thurn's monograph significantly contributes to uncovering how and why the complex ethnic patchwork of Europe was remade into ostensibly homogenous nation-states. Richly illustrated, well translated, and available at an affordable price, it will offer valuable insights to scholars and students alike and should prove useful in courses on ethnic cleansing, urban history, memory studies, the Twentieth Century, East Central Europe, and Modem Germany."—Andrew Demshuk, Canadian Journal of History

"Thum's thoroughly researched book makes a valuable contribution to an emerging field of study and sheds new light on the complex and sensitive issue of Polish-German relations, and the regional, national and cultural consequences of forced migrations over generations."—Stephanie Rauch, Urban History

"Thum displays expert skills—and an engaging prose style—both as a political and social historian and as a practitioner of the cultural history of cities and their architectural landscape. . . . This book offers the most imaginative treatment of the western territories' Polonization now accessible in the English language. Its translation is smooth, and its production with many excellent illustrations does Princeton University Press credit. It is a work that helps to humanize the Polish-German borderlands in the aftermath of their most inhumane era."—William W. Hagen, Journal of Modern History

"Thum has written a compelling contribution to our understanding of the culture and politics of communist Poland."—Padraic Kenney, American Historical Review

"Uprooted provides useful reminders of the ways in postwar Wroclaw was a 'normal' as well as an exceptional city. . . . Thum's book is a highly stimulating contribution to a range of discussions in history and the social sciences, as well as essential reading for those interested in the epic population transfers of mid-twentieth-century Central Europe."—James Bjork, European History Quarterly

"Undoubtedly, Thum's book is an important contribution to the field of European urban history, since Breslau-Wroclaw may be perceived as an ideal example of a European city. Thanks to its unique geopolitical position, situated at the crossroads of three countries—Germany, the Czech Republic, and Poland—Wroclaw was exposed to various social, political, and cultural influences during its long history."—Radoslaw Misiarz, Polish Review

"This is a terrific book. The voices of Poles and Germans from the past come alive, as Thum purposefully and carefully makes use of memoirs, diaries, and archival sources to reconstruct the fascinating early postwar history of Breslau/Wrocław."—Norman M. Naimark, author of Stalin's Genocides

"The story that Thum tells is . . . uniquely compelling. . . . This book must be counted among the most successful efforts to illuminate the epic demographic revolution that occurred east of the Oder-Neisse after 1945, and most historians of this process will want to consult it."—Richard Blanke, Slavic Review

"This excellent work of urban history tells the story of how German Breslau was turned into Polish Wrocław. Thum shows the difficulties of the new inhabitants to accept the city—which had been ethnically cleansed of its German population—as their home city and the place with which they could identify."—Philipp Ther, coeditor of Redrawing Nations: Ethnic Cleansing in East-Central Europe, 1944-1948

"Thum'' study deliberately renounces pathos and accusations, renounces open or covert manipulation of the reader—without losing sight of human suffering. . . . It puts emphasis on the structures of 'memory politics,' throws light on the long-term impact of the construction of political myths, and elucidates the working methods of 'engineers of cultural memory,' who of course haven't only existed in Breslau past and present."—Wolfgang Thierse, Kulturjournal