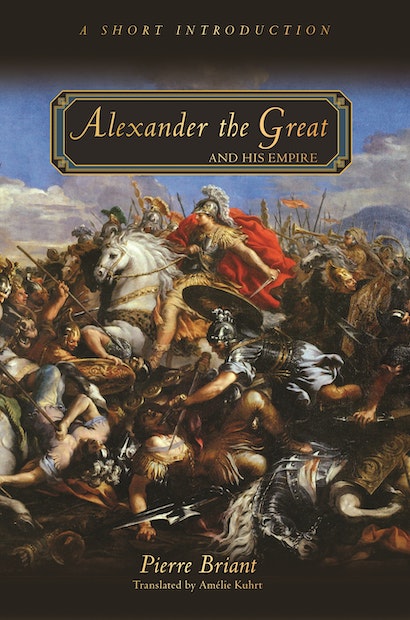 This is the first publication in English of Pierre Briant’s classic short history of Alexander the Great’s conquest of the Persian empire, from the Mediterranean to Central Asia. Eschewing a conventional biographical focus, this is the only book in any language that sets the rise of Alexander’s short-lived empire within the broad context of ancient Near Eastern history under Achaemenid Persian rule, as well as against Alexander’s Macedonian background. As a renowned historian of both the Macedonians and the Persians, Briant is uniquely able to assess Alexander’s significance from the viewpoint of both the conquerors and the conquered, and to trace what changed and what stayed the same as Alexander and the Hellenistic world gained ascendancy over Darius’s Persia.

After a short account of Alexander’s life before his landing in Asia Minor, the book gives a brief overview of the major stages of his conquest. This background sets the stage for a series of concise thematic chapters that explore the origins and objectives of the conquest; the nature and significance of the resistance it met; the administration, defense, and exploitation of the conquered lands; the varying nature of Alexander’s relations with the Macedonians, Greeks, and Persians; and the problems of succession following Alexander’s death.

For this translation, Briant has written a new foreword and conclusion, updated the main text and the thematic annotated bibliography, and added a substantial appendix in which he assesses the current state of scholarship on Alexander and suggests some directions for future research. More than ever, this masterful work provides an original and important perspective on Alexander and his empire.

Pierre Briant is the Professor of the History and Civilization of the Achaemenid World and the Empire of Alexander the Great at the Collège de France. His many books include From Cyrus to Alexander: A History of the Persian Empire. 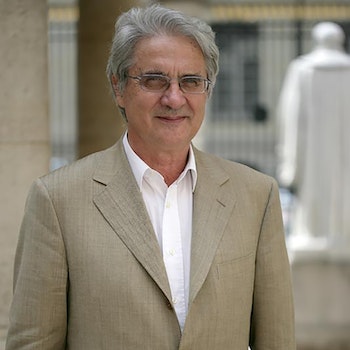 "This is now the best introduction to the history of Alexander the Great in English."—Choice

"Pierre Briant's Alexander the Great and His Empire may be short, but it is of a wholly different order of seriousness from that of Mr. Freeman: an analysis less of Alexander himself than of his record as a state-builder and in particular of the debt that he owed to his Achaemenid predecessors. . . . Mr. Briant is one of the most brilliant historians of antiquity at work today, a scholar whose corpus of researches into the Persian Empire has enabled us to understand its overthrow from the perspective of the defeated as well as the victor."—Tom Holland, Wall Street Journal

"[Briant's] analytical approach marks a welcome change from the plethora of biographies and studies on Alexander. . . . [T]his is a book that must be contended with and stands to serve in that role for a long time."—Sean Farrell Moran, Historian

"In this long-awaited translation, Pierre Briant's study of Alexander the Great finally reaches English readers. Briant's account reveals exciting new connections to this old story of Greek triumph, illuminating the vibrant Persian Empire as never before and giving us a picture of Alexander that is different from the often distorted accounts that have prevailed since the Enlightenment. This is a book not to be missed."—Lawrence Tritle, Loyola Marymount University

"Pierre Briant is a scholar of the highest international standing. His book is set apart from the plethora of biographies of Alexander the Great by its focus on his origins and aims, the way he administered and organized his empire, and especially his impact on the areas he conquered, the last of which almost no other books address."—Ian Worthington, author of Alexander the Great: Man and God and Philip II of Macedonia