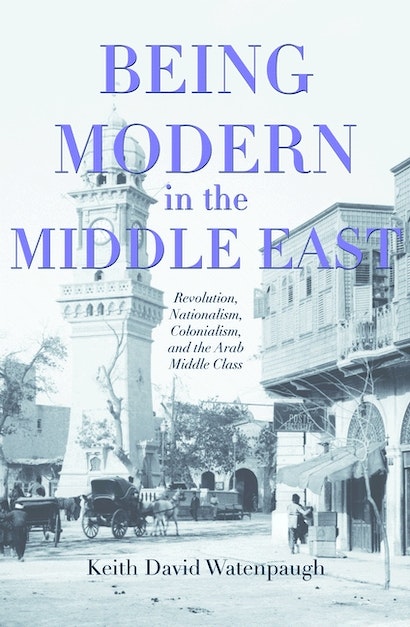 In this innovative book, Keith Watenpaugh connects the question of modernity to the formation of the Arab middle class. The book explores the rise of a middle class of liberal professionals, white-collar employees, journalists, and businessmen during the first decades of the twentieth century in the Arab Middle East and the ways its members created civil society, and new forms of politics, bodies of thought, and styles of engagement with colonialism.


Discussions of the middle class have been largely absent from historical writings about the Middle East. Watenpaugh fills this lacuna by drawing on Arab, Ottoman, British, American and French sources and an eclectic body of theoretical literature and shows that within the crucible of the Young Turk Revolution of 1908, World War I, and the advent of late European colonialism, a discrete middle class took shape. It was defined not just by the wealth, professions, possessions, or the levels of education of its members, but also by the way they asserted their modernity.


Using the ethnically and religiously diverse middle class of the cosmopolitan city of Aleppo, Syria, as a point of departure, Watenpaugh explores the larger political and social implications of what being modern meant in the non-West in the first half of the twentieth century.


Well researched and provocative, Being Modern in the Middle East makes a critical contribution not just to Middle East history, but also to the global study of class, mass violence, ideas, and revolution.

Keith David Watenpaugh is Associate Professor of Modern Islamic Studies at the University of California, Davis. He is the Eccles Fellow in Democracy and Diversity at the Tanner Humanities Center of the University of Utah and he has been a visiting fellow at Harvard University's Center for Middle East Studies and Williams College. He is associate editor for the Bulletin of the Middle Eastern Studies Association and has published in the International Journal of Middle East Studies, Social History, and Middle East Report.

"Keith David Watenpaugh has broken ground with this study of the middle class in nineteenth- and twentieth-century Aleppo. . . . Being Modern in the Middle East is an insightful and thorough narration of Aleppo's middle class that paves the way to further understand and question the ever shifting dynamics and implications of modernity in the Middle East and beyond."—Sherene Seikaly, Arab Studies Journal

"It is refreshing to read nowadays a book that does not simply repudiate modernity, but rather explores the anticipations and reactions of the studied agents themselves towards modernity . . . Being Modern in the Middle East is a superb work of cultural, political, and social history instructed political-sociological questions pertaining to modernity, civil society, and the middle class in the context of the Middle Eastern region especially its East-Mediterranean cities in the Ottoman, colonial and post-colonial era. The book, which alludes to an ample number of theoretical issues and whose forte is its scrutiny of history, will be of interest both to those concerned with the 'middle class' as a social phenomenon and with the Middle East as a modernizing region."—Uri Ram, Middle East Journal

"Watenpaugh's style is clear and effective. The book is a considerable achievement that will benefit both Middle East specialists and others who wrestle with themes of nation, empire, minorities, and modernity."—Donald Malcolm Reid, International History Review

"This is an original study that should be of great interest both to historians of the Middle East and to scholars working on the evolution of 'modern' lifestyles and modes of expression globally."—James Jankowski, Historian

"Watenpaugh has utilized the available sources well for his study, including French, Ottoman and British archives. He approaches his history rather in the manner of the French Annales school in that he also makes good use of contemporary newspaper articles, speeches, autobiographies and advertisements to construct a picture of contemporary society."—Derek Hopwood, Journal of Islamic Studies

"In sum, Being Modern in the Middle East is an important, interesting, and instructive contribution to the history of ideas, while also being social and cultural history at its best. It is the laudable result of years of research. Overall, it reflects the author's empathy with his subject, a quality that definitely contributes to the depth of his insights and conclusions."—EyalZisser, H-Net Reviews

"This is an original piece of scholarship that addresses interesting questions about an understudied and important aspect of Middle Eastern and Eastern Mediterranean history. The product of a lively mind fed by broad reading, the book treats the reader to moments of wonderful insight based on new research."—Elizabeth F. Thompson, University of Virginia

"A remarkable book. It represents a major departure in the current historiography of the Middle East and is a significant contribution to the field."—Peter Sluglett, University of Utah