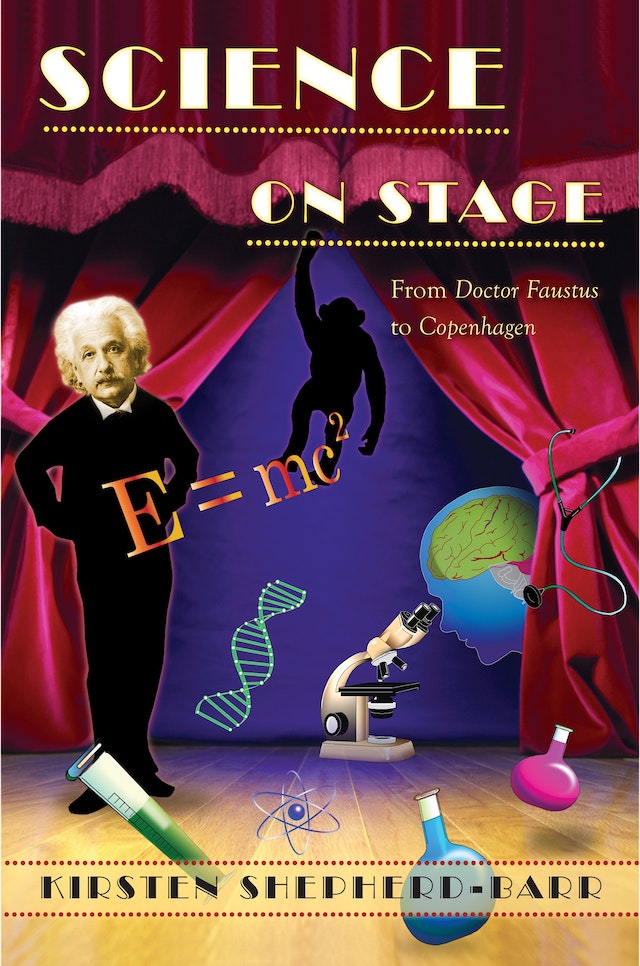 Science on Stage is the first full-length study of the phenomenon of “science plays” — theatrical events that weave scientific content into the plot lines of the drama. The book investigates the tradition of science on the stage from the Renaissance to the present, focusing in particular on the current wave of science playwriting.


Drawing on extensive interviews with playwrights and directors, Kirsten Shepherd-Barr discusses such works as Michael Frayn’s Copenhagen and Tom Stoppard’s Arcadia. She asks questions such as, What accounts for the surge of interest in putting science on the stage? What areas of science seem most popular with playwrights, and why? How has the tradition evolved throughout the centuries? What currents are defining it now? And what are some of the debates and controversies surrounding the use of science on stage?


Organized by scientific themes, the book examines selected contemporary plays that represent a merging of theatrical form and scientific content — plays in which the science is literally enacted through the structure and performance of the play. Beginning with a discussion of Christopher Marlowe’s Doctor Faustus, the book traces the history of how scientific ideas (quantum mechanics and fractals, for example) are dealt with in theatrical presentations. It discusses the relationship of science to society, the role of science in our lives, the complicated ethical considerations of science, and the accuracy of the portrayal of science in the dramatic context.


The final chapter looks at some of the most recent and exciting developments in science playwriting that are taking the genre in innovative directions and challenging the audience’s expectations of a science play. The book includes a comprehensive annotated list of four centuries of science plays, which will be useful for teachers, students, and general readers alike.

Kirsten Shepherd-Barr teaches Modern Drama in the Faculty of English at the University of Oxford and is a Fellow of St. Catherine's College, Oxford. She is the author of Ibsen and Early Modernist Theatre, 1890-1900 and has published widely in professional journals ranging from Theatre Research International to American Scientist to Interdisciplinary Science Reviews.

"Kirsten Shepherd-Barr describes, analyzes and interprets a host of theatrical scripts and performances with science as their themes. She provides important historical context and lots of interesting insights, especially regarding the most recent plays. . . . Who will read this book? Who should read it? Scientists, playwrights, directors, humanists."—Stuart Firestein, Nature

"With science plays, [Kristen Shepherd Barr] says, what has been neglected by scholars is their theatricality. With that focus in mind, she analyzes plays on physics, mathematics, medicine, and the natural sciences, describing how they integrate form and content to, in effect, enact the ideas they engage."—Nina C. Ayoub, Chronicle of Higher Education

"Is there a dichotomy between scientific investigation and staged drama? Not at all, according to Kirsten Shepherd-Barr . . . whose fascinating new book Science on Stage puts the relationship under the spotlight. . . . Whereas dramatists of previous generations such as Bertolt Brecht and George Bernard Shaw debated scientific issues, she says, modern writers like Frayn and Stoppard do much more: they enact the ideas they engage."—Michael Billington, New Scientist

"The author's learned analysis of her topic, and her discussion of such plays as Christopher Marlowe's Doctor Faustus, Proof by David Auburn, and Tom Stoppard's Arcadia is an intellectual stimulant for anyone interested in theater of equations and formulas."—Misha Berson, Seattle Times

"Science on Stage is an important foundational text for anyone interested in ways theatre engages science. . . . In whatever way this emerging field develops, Science on Stage will undoubtedly be considered a necessary part of the discussion."—Margaret Araneo, PAJ: A Journal of Performance and Art

"Shepherd-Barr convincingly argues that the international stage is in the throes of a modern phenomenon of science playwriting. . . . Highly recommended."—Choice

"I particularly rejoice that Shepherd-Barr has often offered me the type of solidly postulated and textually supported literary criticism for which I would most ardently advocate."—Jeffrey B. Loomis, Text & Presentation

"Kirsten Shepherd-Barr explores contemporary theater at the intersection of science and performance. She deals with subjects such as quantum mechanics, chaos theory, evolution, and genetics and focuses on work by superb playwrights such as Michael Frayn and Tom Stoppard, as well as alternative theatrical events that literally change the way of doing theater. In the process, she raises timeless questions about truth, morality, and social responsibility. This is a scholarly tour de force equally accessible to scientists, artists, and humanists."—Brian Schwartz, Professor of Physics and Director of the Science and the Arts Program, the Graduate Center of the City University of New York

"Shepherd-Barr's work represents a significant contribution to this emerging field by offering the first sustained taxonomy of science plays and a credible context for evaluating the importance of the subgenre. The book will interest many across a range of fields and interests."—Mike Vanden Heuvel, Department of Theatre and Drama, University of Wisconsin

"Well-written and extremely timely. The book performs an invaluable service of placing the phenomenon of science plays in context, and of reanalyzing older plays from our current vantage point."—Robert Osserman, Professor Emeritus, Stanford University and Special Projects Director, the Mathematical Sciences Research Institute