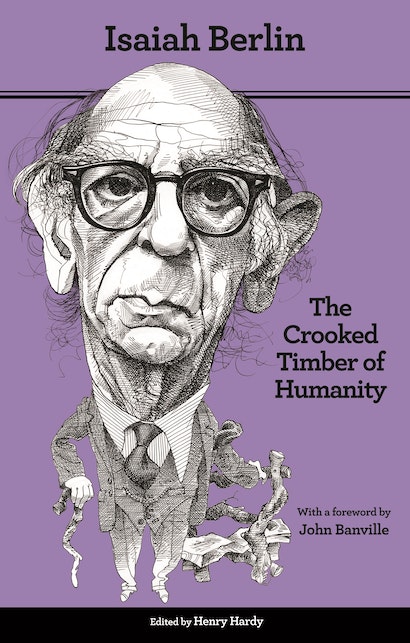 “Out of the crooked timber of humanity, no straight thing was ever made.” — Immanuel Kant


Isaiah Berlin was one of the most important philosophers of the twentieth century — an activist of the intellect who marshaled vast erudition and eloquence in defense of the endangered values of individual liberty and moral and political plurality. In The Crooked Timber of Humanity he exposes the links between the ideas of the past and the social and political cataclysms of our own time: between the Platonic belief in absolute truth and the lure of authoritarianism; between the eighteenth-century reactionary ideologue Joseph de Maistre and twentieth-century Fascism; between the romanticism of Schiller and Byron and the militant — and sometimes genocidal — nationalism that convulses the modern world.


This new edition features a revised text that supplants all previous versions, a new foreword in which award-winning novelist John Banville discusses Berlin’s life and ideas, particularly his defense of pluralism, and a substantial new appendix that provides rich context, including letters by Berlin and previously uncollected writings, most notably his virtuoso review of Bertrand Russell’s A History of Western Philosophy.

"A beautifully patterned tapestry of philosophical thought . . . A history of ideas that possesses all the drama of a novel, all the immediacy of headline news."—New York Times

"Overwhelming intelligence . . . [Berlin's] mind is captivating . . . His reflections . . . strike at the heart of our most parroted beliefs."—Washington Post Book World

"As a historian of ideas, [Berlin] has no equal; and what he has to say is expressed in prose of exceptional lucidity and grace."—Anthony Storr, Independent on Sunday