A new translation of a masterpiece of modernist poetry 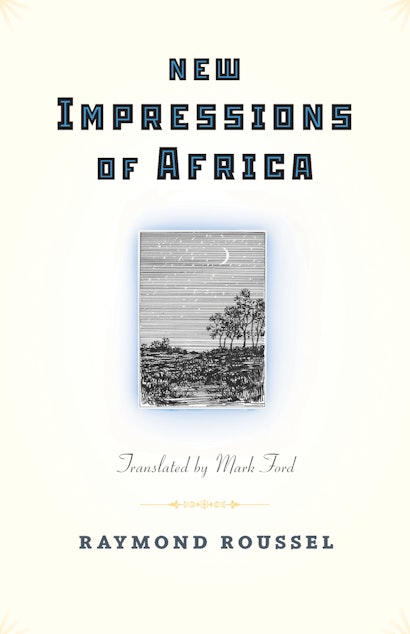 Poet, novelist, playwright, and chess enthusiast, Raymond Roussel (1877-1933) was one of the French belle époque’s most compelling literary figures. During his lifetime, Roussel’s work was vociferously championed by the surrealists, but never achieved the widespread acclaim for which he yearned. New Impressions of Africa is undoubtedly Roussel’s most extraordinary work. Since its publication in 1932, this weird and wonderful poem has slowly gained cult status, and its admirers have included Salvador Dalì—who dubbed it the most “ungraspably poetic” work of the era—André Breton, Jean Cocteau, Marcel Duchamp, Michel Foucault, Kenneth Koch, and John Ashbery.

Roussel began writing New Impressions of Africa in 1915 while serving in the French Army during the First World War and it took him seventeen years to complete. “It is hard to believe the immense amount of time composition of this kind of verse requires,” he later commented. Mysterious, unnerving, hilarious, haunting, both rigorously logical and dizzyingly sublime, it is truly one of the hidden masterpieces of twentieth-century modernism.

This bilingual edition of New Impressions of Africa presents the original French text and the English poet Mark Ford’s lucid, idiomatic translation on facing pages. It also includes an introduction outlining the poem’s peculiar structure and evolution, notes explaining its literary and historical references, and the fifty-nine illustrations anonymously commissioned by Roussel, via a detective agency, from Henri-A. Zo.

Mark Ford teaches in the English Department at University College London. He is the author of Raymond Roussel and the Republic of Dreams. He has also published two volumes of essays, A Driftwood Altar and Mr and Mrs Stevens and Other Essays. He is a regular contributor to the London Review of Books and the New York Review of Books. 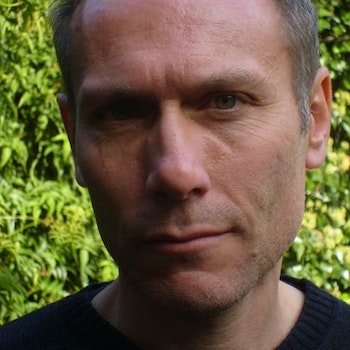 "Ford . . . deserves a medal and a Légion d'honneur. . . . Ford, himself a poet, combines his translation, introduction and notes with the original French and all the original illustrations; he and his publisher have given English-speaking readers privileged access to New Impressions of Africa, the book which Salvador Dalí once described as 'ungraspably poetic'"—Peter Read, Times Literary Supplement

"Mark Ford's facing-pages edition is easily the most comprehensive and reader-friendly to date. The author of the definitive biography of Roussel in English, Ford brings lucidity to his translation of what is by far Roussel's most ambitious work and probably his masterpiece."—Paul Grimstad, London Review of Books

"In his excellent introduction, Ford quotes Leiris's description of New Impressions of Africa as, among other things, a massive brain teaser, and many of its riddles are as humorous as they are tricky. . . . Intelligent, irascibly intelligible, and definitive."—Eric Banks, BookForum

"In this poem, every road diverges into a woods. It's a chance to take them all."—Tyler Meier, Kenyon Review Newsletter

"Ford has not just translated but has also deciphered the New Impressions of Africa. In his own words, the poem is nothing less than a 'brain-teaser'. His translation is, as he concedes, less concise than the original, but not by much, and perhaps inevitably so. Roussel is so precise and sharp that his words seem almost psychically ergonomic. What Ford does brightly is recreate Roussel's cleverness and wit. In short, Ford has successfully translated what is nothing less than a sort of charming anomaly of modern literature. Rather than distracting from his work, the explanatory notes encourage the reader to appreciate Roussel. This generous clothbound, bilingual edition, which includes the original illustrations that Roussel commissioned, would even have pleased the author himself."—William Heyward, Australian Book Review

"That anyone could translate Nouvelles Impressions d'Afrique at all is unlikely, but that it could be done with such sparkle and brio seems downright mysterious. This version rescues Roussel's bizarre masterpiece from its status as an intriguing rumor and turns it into a valuable resource for contemporary English-speaking readers. Poets especially will be in Mark Ford's debt."—John Ashbery

"Raymond Roussel's New Impressions of Africa is one of the strangest, densest, maddest, most hauntingly beautiful poems of the twentieth century. In a signal act of scholarship and linguistic finesse, the poet and critic Mark Ford—who also happens to be one of the world's prime Roussel scholars—has carried this extraordinary work across the border from French into English with exemplary skill and care. I should warn you that the book you are holding in your hands is mind-bending."—Nicholas Jenkins, Stanford University