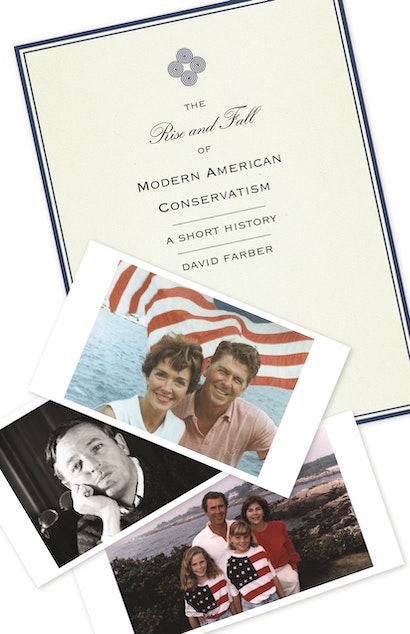 The Rise and Fall of Modern American Conservatism tells the gripping story of perhaps the most significant political force of our time through the lives and careers of six leading figures at the heart of the movement. David Farber traces the history of modern conservatism from its revolt against New Deal liberalism, to its breathtaking resurgence under Ronald Reagan, to its spectacular defeat with the election of Barack Obama.

Farber paints vivid portraits of Robert Taft, William F. Buckley Jr., Barry Goldwater, Phyllis Schlafly, Ronald Reagan, and George W. Bush. He shows how these outspoken, charismatic, and frequently controversial conservative leaders were united by a shared insistence on the primacy of social order, national security, and economic liberty. Farber demonstrates how they built a versatile movement capable of gaining and holding power, from Taft’s opposition to the New Deal to Buckley’s founding of the National Review as the intellectual standard-bearer of modern conservatism; from Goldwater’s crusade against leftist politics and his failed 1964 bid for the presidency to Schlafly’s rejection of feminism in favor of traditional gender roles and family values; and from Reagan’s city upon a hill to conservatism’s downfall with Bush’s ambitious presidency.

The Rise and Fall of Modern American Conservatism provides rare insight into how conservatives captured the American political imagination by claiming moral superiority, downplaying economic inequality, relishing bellicosity, and embracing nationalism. This concise and accessible history reveals how these conservative leaders discovered a winning formula that enabled them to forge a powerful and formidable political majority.

David Farber is professor of history at Temple University. His many books include Taken Hostage: The Iran Hostage Crisis and America's First Encounter with Radical Islam and What They Think of Us: International Perceptions of the United States since 9/11 (both Princeton). 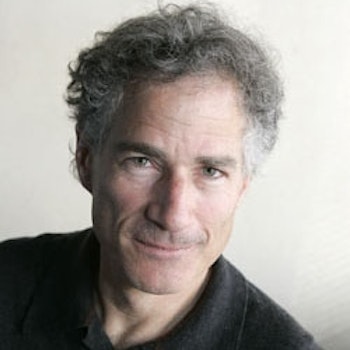 "David Farber's new book . . . provides the kind of perspective that headline historians often miss. If readers can withstand their title shock, they will find much to admire in this engaging and accessible overview of the most influential movement in American politics during the past half-century."—Steven P. Miller, St. Louis Post-Dispatch

"An excellent start for anyone wanting to understand U.S. conservatism."—Choice

"Calling historians to go beyond synthesis to integration, Farber's book is an important step in this direction."—Jennifer Burns, Journal of American History

"Unlike other staid syntheses of conservatism, Farber's draws out the quirky as well as the profound, the passion as well as the calculation of this movement, and always with a playful edge. It is, as a result, a scintillating read. . . . [A] vital, new interpretation of a pivotal movement and era in American history."—Darren Dochuk, Pacific Historical Review

"There are several important and interesting arguments that Farber makes along this narrative and one inspired choice of subject matter—Phyllis Schlafly—that have much to commend."—James Gilbert, H-Soz-u-Kult

"Brisk, incisive, and constantly absorbing, David Farber's lively history finally brings some coherence to the story of the postwar American Right. Farber recounts conservatism's evolution through the lens of six of its most important leaders, explaining its growing appeal through the decades without condescension or apologetics. This book cuts through the clutter and clatter of much recent writing on conservatism to show clearly and compellingly how a once-marginal movement came to hold in its grasp—for a time, anyway—the main levers of American politics."—David Greenberg, Rutgers University

"An absorbing and convincing history of modern American conservatism, rendered in the elegantly concise style we've come to expect from this author. Farber amply demonstrates conservatives' devotion to the market and to social order, as well as the important role played by human agency and ambition; throughout, he is at once unsparing and fair-minded in his judgments. This is first-rate, original scholarship."—Fredrik Logevall, Cornell University

"A compelling book. With verve and skill, Farber offers a penetrating and persuasive concise history of modern American conservatism. This volume will prove immensely valuable to anyone interested in recent American politics."—Bruce J. Schulman, author of The Seventies: The Great Shift in American Culture, Society, and Politics

"In a remarkably concise and readable book, Farber has covered an immense amount of ground and made it accessible as well as pleasurable for the reader. Farber has produced an innovative and engrossing study."—Michael W. Flamm, author of Law and Order: Street Crime, Civil Unrest, and the Crisis of Liberalism in the 1960s