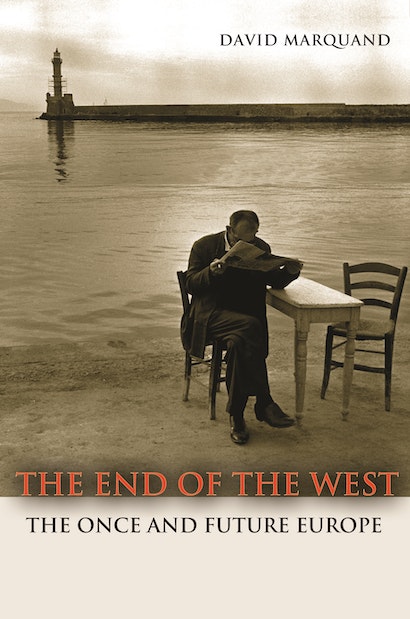 Has Europe’s extraordinary postwar recovery limped to an end? It would seem so. The United Kingdom, Belgium, France, Italy, and former Soviet Bloc countries have experienced ethnic or religious disturbances, sometimes violent. Greece, Ireland, and Spain are menaced by financial crises. And the euro is in trouble. In The End of the West, David Marquand, a former member of the British Parliament, argues that Europe’s problems stem from outdated perceptions of global power, and calls for a drastic change in European governance to halt the continent’s slide into irrelevance. Taking a searching look at the continent’s governing institutions, history, and current challenges, Marquand offers a disturbing diagnosis of Europe’s ills to point the way toward a better future.

Exploring the baffling contrast between postwar success and current failures, Marquand examines the rebirth of ethnic communities from Catalonia to Flanders, the rise of xenophobic populism, the democratic deficit that stymies EU governance, and the thorny questions of where Europe’s borders end and what it means to be European. Marquand contends that as China, India, and other nations rise, Europe must abandon ancient notions of an enlightened West and a backward East. He calls for Europe’s leaders and citizens to confront the painful issues of ethnicity, integration, and economic cohesion, and to build a democratic and federal structure.

A wake-up call to those who cling to ideas of a triumphalist Europe, The End of the West shows that the continent must draw on all its reserves of intellectual and political creativity to thrive in an increasingly turbulent world, where the very language of “East” and “West” has been emptied of meaning. In a new preface, Marquand analyzes the current Eurozone crisis—arguing that it was inevitable due to the absurdity of combining monetary union with fiscal disunion—and raises some of the questions Europe will have to face in its recovery.

David Marquand has been a member of the British Parliament, an official of the European Commission, and principal of Mansfield College, University of Oxford. He is a fellow of the British Academy and the author of many books, including Britain since 1918. 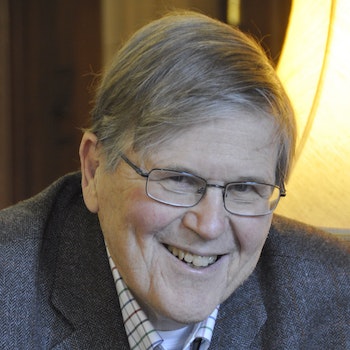 "One of the many virtues of David Marquand's The End of the West, a book that carefully documents the gap between the EU's ambitions and its achievements, is that it explains exactly why EU politics are so tedious. . . . It provides a crisp and relevant analysis of the difficult choices that Europe faces."—Henry Farrell, The Nation

"A sweeping new assessment of the continent's drift."—The Guardian

"[Marquand] the grand old pro-European is on to something when he pokes an inquiring finger into the question of what modern Europe wants to be. . . . This highly readable book offers a compelling description of Europe's modern malaise."—Anne McElvoy, New Statesman

"The End of the West is a bracing and timely work, no doubt about it."—European Voice

"A committed pro-European's brilliant, timely analysis of what is wrong with the European Union."—Vernon Bogdanor, Times Higher Education Supplement

"The End of the West is a wake-up call. It raises many questions and calls for drastic changes in the EU government. . . . Marquand gives us a concise and brilliant analysis of the failures and weaknesses of the EU. Readable and compact, this book helps us understand the reasons behind the present problems affecting the EU."—Arab News

"This is a text with compelling questions, not one with definite solutions. What makes it fascinating is the forthright and dispassionate examinations of crucial problems. As Europe faces, in the months and years ahead, the formidable tribulations generated by the global downturn, it is the wider issues delineated in Marquand's The End of the West that should be probed, examined and argued with."—Donald Sassoon, Political Quarterly

"This brief but trenchant contribution to the vast literature on the European Union stands out through the author's imaginative way of setting the EU's current dilemmas and tribulations firmly in the context of Europe's cultural and historical heritage as a whole. He offers specific solutions only to some of today's huge problems, but in general he indicates most constructively the lines on which solutions should be sought."—Roger Morgan, Times Higher Education

"In this well-written book, Marquand poses several challenges to the leaders of the EU. Realizing that a much weaker European power faces rising major powers in the East, mainly China and India, Marquand encourages European peoples and politicians to critically analyze and come to terms with the major issues that confront them, including Islamophobia, immigration, the resurrection of the old ethnicities, and, above all, their ethnocentrism."—Choice

"Marquand draws on [his] experiences and offers a strong vision of Europe and its problems."—Floris Meens, European Legacy

"Positive criticism is always the best criticism. David Marquand's compact but impressively broad-ranging analysis is built on a lifetime of pro-European advocacy. Yet his book displays many deep concerns about the flaws and failings of today's European Union as it ambles complacently toward an uncertain future. Essential reading for all who wish Europe well."—Norman Davies, St. Antony's College, University of Oxford

"David Marquand's brilliant, compact book is essential reading for everyone interested in the strategic outlook for Europe in the emerging new constellation of global powers. And I mean 'everyone'—students, scholars, journalists, business leaders, politicians, and civil servants, in the lands of the old West and new East. With erudition and a light, readable touch, this remarkable book ranges across vast historical and contemporary political horizons."—Michael Emerson, Centre for European Policy Studies (CEPS)

"This exceptionally readable book combines wide, practical political experience with intellectual breadth, and does an excellent job of drawing together the big historical themes that surround the birth, development, and travails of the European Union. Marquand succeeds admirably in showing where Europe might be headed."—David Runciman, author of Political Hypocrisy: The Mask of Power, from Hobbes to Orwell and Beyond