The first transnational history of the U.S.-Mexico border 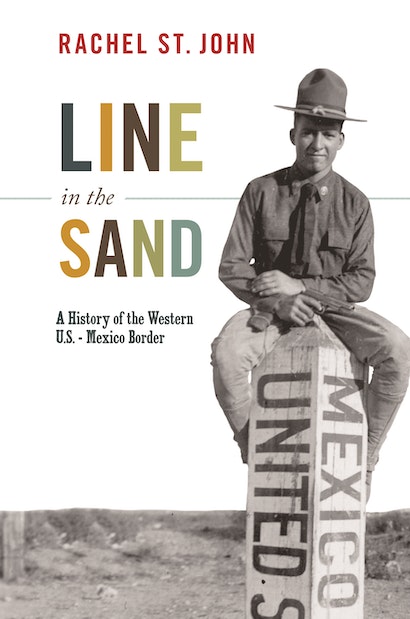 Line in the Sand details the dramatic transformation of the western U.S.-Mexico border from its creation at the end of the Mexican-American War in 1848 to the emergence of the modern boundary line in the first decades of the twentieth century. In this sweeping narrative, Rachel St. John explores how this boundary changed from a mere line on a map to a clearly marked and heavily regulated divide between the United States and Mexico. Focusing on the desert border to the west of the Rio Grande, this book explains the origins of the modern border and places the line at the center of a transnational history of expanding capitalism and state power in the late nineteenth and early twentieth centuries.

Moving across local, regional, and national scales, St. John shows how government officials, Native American raiders, ranchers, railroad builders, miners, investors, immigrants, and smugglers contributed to the rise of state power on the border and developed strategies to navigate the increasingly regulated landscape. Over the border’s history, the U.S. and Mexican states gradually developed an expanding array of official laws, ad hoc arrangements, government agents, and physical barriers that did not close the line, but made it a flexible barrier that restricted the movement of some people, goods, and animals without impeding others. By the 1930s, their efforts had created the foundations of the modern border control apparatus.

Drawing on extensive research in U.S. and Mexican archives, Line in the Sand weaves together a transnational history of how an undistinguished strip of land became the significant and symbolic space of state power and national definition that we know today. 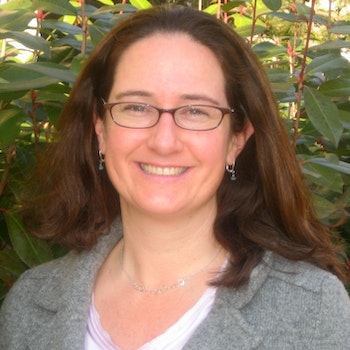 "[A] remarkably well-told tale of the origins of the U.S.-Mexico border line and the social, economic, and political developments it has generated over more than a century and a half. . . . She clearly aims to tell the story of the border from both sides of the line and to emphasize the manner in which both the United States and Mexico have used it to foster transnational communities of interest as much as to divide them."—San Antonio Express-News

"Interesting and easy to read."—Choice

"St. John's book is valuable for providing the history behind the explosive topics of border control and immigration reform in contemporary U.S. politics. Beyond that, however, history buffs will be satisfied with the Western characters that inhabit this tale in the days when the line remained blurry."—Stephen Mauro, Wild West

"A marvelous achievement. Just as no river runs through the western border, relatively little transnational scholarship has brought life to it compared to the Texas-Mexico region. This work will change that situation."—Richard Ribb, Southwestern Historical Quarterly

"In all, St. John's book offers a general and nicely articulated history of this area, incorporating a bi-national perspective which is not tainted by narratives of U.S. exceptionalism. For these reasons this book offers a valuable contribution to the extant scholarship on the border."—Ignacio Martinez, 49th Parallel

"St. John's book is replete with plenty of primary sources and archival material, too, unearthing many archival sources untouched by other historians. These primary materials add to the rich interweaving of ideas and conclusions that she draws, and pepper the prose with new anecdotes not seen in other related works. . . . [A] quality book—one that I will use in my borderlands classes and seminars for many years, and one that all borderlands scholars and students will need to have. They will enjoy it immensely!"—Sterling Evans, H-Net Reviews

"This book is a welcome addition to the increasing body of U.S.-Mexico border scholarship that has appeared in the twenty-first century. Rachel St. John provides a well-written narrative based on exhaustive research from a variety of sources on both sides of the border."—F. Arturo Rosales, New Mexico Historical Review

"The best book yet on the early development of the U.S.-Mexico border. It should be read widely by policy makers who continue to claim that border debates arose only during the very recent past, and by students of borderlands history at all levels. Particularly impressive is how St. John brings together the concerns and approaches of several subfields of U.S. and Mexican history, including histories of the U.S-Mexico border, the American West, and Mexico's northern frontier."—Geraldo L. Cadava, American Studies Journal

"An intelligent and highly readable transnational history of the western half of the United States-Mexico border. . . . St. John's research is thorough and impressive. . . . She has used English- and Spanish-language source materials and conducted research in both Mexican and American archival collections. Her sure grasp of the histories of both nations allows her to explore confidently the important economic, cultural, and political developments occurring on both sides of the border."—Patrick Ettinger, The Americas

"The general trajectory of St. John's narrative has become somewhat familiar to borderlands scholars, but Line in the Sand deepens our understanding by focusing on the borderline itself and by extending the discussion of border enforcement into Mexico. The author shows that by the 1930s, a significant territorial boundary not only regulated border crossings but also enforced cultural and racial barriers to national belonging. With elegant prose and incisive analysis, she convincingly argues that anyone who hoped to cross had to reckon with its increasingly salient restrictions."—Eric V. Meeks, Journal of American Ethnic History

"St. John's intervention in the public discourse over the border and immigration encourages us to take a wider view of the border to see it as a symptom of larger economic and political processes rather than the cause."—Raúl A. Ramos, Diplomatic History

"Rachel St. John untangles the myths surrounding the U.S.-Mexico border in this thoughtful and meticulously researched book. In so doing, she not only restores the border to its central place in borderlands studies but also renders the border essential for understanding the history of North America."—Karl Jacoby, Brown University

"Line in the Sand is a fascinating, imaginative, and surprising history of the Mexican border, a border which is all too often reduced to clichés. In her exemplary work, Rachel St. John's border has depth, surprises, and great complexity. Her book is a wonderful corrective to our current moment, which seems ruled by a rush of conflicting, often hysterical, and sometimes downright false information. It forces us to pause and think about how we came to this and what else is possible."—Richard White, Stanford University

"A pleasure to read, Line in the Sand is the first truly transnational history of the U.S.-Mexico land border. Grounded in extensive and meticulous research in both countries, this comprehensive book will be an important contribution to border and borderlands studies and U.S. history more broadly. It does a wonderful job of showing border dynamics in different realms and in all their complexity."—Mae Ngai, Columbia University

"This elegant book draws on the archives and historiographies of the United States and Mexico to place the borderlands in a broad, transnational context. St. John focuses great attention on the social, political, and institutional foundations of the border itself, and the light she shines on regional and national perspectives makes this outstanding book essential reading for historians of all stripes. It is one of the most satisfying borderlands histories available."—Sam Truett, University of New Mexico