The past, present, and future role of global migration 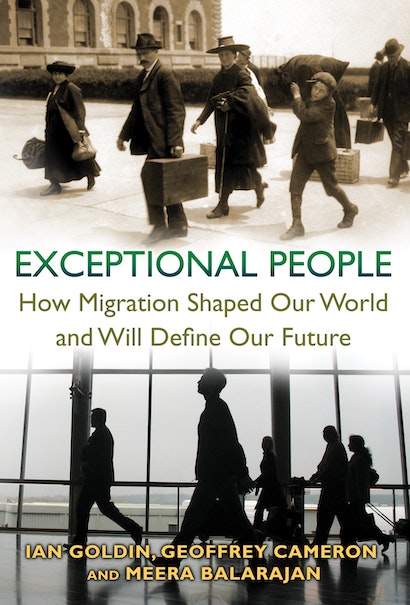 Throughout history, migrants have fueled the engine of human progress. Their movement has sparked innovation, spread ideas, relieved poverty, and laid the foundations for a global economy. In a world more interconnected than ever before, the number of people with the means and motivation to migrate will only increase. Exceptional People provides a long-term and global perspective on the implications and policy options for societies the world over. Challenging the received wisdom that a dramatic growth in migration is undesirable, the book proposes new approaches for governance that will embrace this international mobility.

The authors explore the critical role of human migration since humans first departed Africa some fifty thousand years ago—how the circulation of ideas and technologies has benefited communities and how the movement of people across oceans and continents has fueled economies. They show that migrants in today’s world connect markets, fill labor gaps, and enrich social diversity. Migration also allows individuals to escape destitution, human rights abuses, and repressive regimes. However, the authors indicate that most current migration policies are based on misconceptions and fears about migration’s long-term contributions and social dynamics. Future policies, for good or ill, will dramatically determine whether societies can effectively reap migration’s opportunities while managing the risks of the twenty-first century.

A guide to vigorous debate and action, Exceptional People charts the past and present of international migration and makes practical recommendations that will allow everyone to benefit from its unstoppable future growth.

Ian Goldin is director of the Oxford Martin School, University of Oxford, and professorial fellow at Balliol College, Oxford. He has served as vice president of the World Bank and advisor to President Nelson Mandela, and chief executive of the Development Bank of Southern Africa. His many books include Globalization for Development. Geoffrey Cameron is a research associate at the Oxford Martin School, University of Oxford. He is currently principal researcher with the Bahá'í Community of Canada. Meera Balarajan holds a PhD from the University of Cambridge and works for a research organization in the United Kingdom. She has also worked for the United Nations, a UK government department, and a grassroots NGO in India. 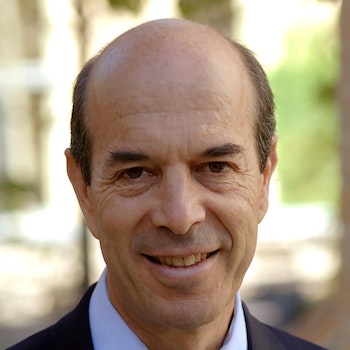 "This is a book of bold ambitions ably fulfilled. Mr. Goldin and his co-authors offer a history of migration, from man's earliest wanderings in Africa to the present day. . . . After filling in the historical background, the authors give a rigorous but readable guide to the costs and benefits of modern migration."—The Economist

"An essential read . . . [the authors'] arguments are buttressed by a deep understanding of the past, a comprehensive engagement with the present, and a clear vision of the future."—Sarah Hackett, Times Higher Education

"In Exceptional People, the authors carry out an evenhanded assessment of the costs and benefits of international migration. They find that all involved—the countries that receive immigrants, those that send them, and immigrants most of all—prosper when movement across borders is allowed without hindrance. Anti-immigration campaigners who consult Exceptional People will encounter hard-to-refute arguments that favor free movement; advocates of open borders will find in the book the data and reasoning they need to fortify their case."—Karunesh Tuli, ForeWord Reviews

"Goldin's conclusion is that western governments should simply accept the inevitable and open their borders, in line with economic demand—albeit within the framework of some pan-national treaty and institution. After all, as he points out, it is odd that there is no global body to oversee the movement of people, as there is with finance and trade. If that liberalization occurred, he thinks it would deliver an 'economic boost as high as $39,000bn over 25 years'. More surprisingly, he also argues that a 'tipping point' will be reached soon, which could shift the political debate. As world population levels stabilize in the next 50 years, a global labor shortage could prompt fierce competition for migrants."—Gillian Tett, Financial Times

"An absorbing study . . . . It strongly advocates the need to establish a global migration agenda and clearly shows that the advantages of migration far outweigh the disadvantages."—Arab News

"Exceptional People is an excellent book. It would make a great addition to readings lists for graduate and advanced undergraduate courses dealing extensively with migration. Its wide scope will provide plenty of ideas for new academic projects, and its conclusions invite reflection and further discussion."—Chris Minns, EH.net

"Migratory movements have been a persistent component of the human condition, and motivation for migration has varied considerably over time and with respect to the world's constantly shifting political and economic realities. This excellent book provides a broad history of migration. . . . [R]equired reading for anyone interested in the future implications of this most compelling of human activities."—Choice

"Exceptional People is packed with surprising insights. . . . This is a book of bold ambitions ably fulfilled."—Daily Star

"This book deserves to be widely read. Its principal messages that migration has been an integral part of human history and that migration brings real benefits to origin and destination countries, as well as to the migrants themselves, are well taken."—Ronald Skeldon, Journal of Human Development and Capabilities

"Exceptional People is a wonderful reference for a wide audience. With its comprehensive review of the scholarly field, clear articulation of the migration debates, constant insights, practical policy suggestions, and rich collections of data (including thirty-seven figures and fourteen tables), the book is a great resource for researchers as well as policy makers. Its chronological structure and elegant writing style, together with many boxed cases illustrating specific groups and events of migration, also make it easy to read and suitable for classroom use."—Lisong Liu, Journal of World History

"I found the book very readable and interesting. . . . The third part of the book is particularly insightful and provides an agenda for the free movement of people that can be debated. The book covers a lot of material and would be perfect as an introductory text for undergraduate and graduate courses on migration. . . . It is a refreshing read from ordinary 'doom and gloom' readings. I recommend it wholeheartedly."—James Raymer, Journal of Regional Science

"This is a careful and thorough re-examination of migration in modern society which demolishes most of the substantive arguments against greater support for international migration."—Jonathan Dresner, World History Connected

"The book by Goldin et al is a stimulating work that takes the reader on a very complete journey along the past, present and future of international migrations. . . . Besides offering a very careful and elaborated historical review, its main contribution lies in offering an interdisciplinary analysis of these processes. Very well and clearly written, the book is interesting and captivating for a very wide audience, not just for the scientific community or the experts in migration studies."—Juan Felipe Mejia, European Journal of Development Research

"This is a fine book that provides much insight. It is not an economics book and does not claim to be one. But it is a book that many economists, and anyone interested in migration, would do well to read."—Tim Hatton, Economic Record

"This study is clearly written and well argued. With a comprehensive index, meticulous notes and a large bibliography, its sources are easily accessible to every reader. Its arguments are controversial and . . . deserve thoughtful consideration by anyone involved in the issue, especially legislators and policy makers."—Eleanor L. Turk, Yearbook of German-American Studies

"The authors have written the book I had considered undertaking as capstone of my work, but undoubtedly carried out better than I would have on my own. . . . Highly ambitious, the book largely delivers what it promises, a broad theoretically based understanding of the role of migration in shaping the course of human history, without succumbing to the temptation of striving to achieve a general theory of migration."—Aristide R. Zolberg, Ethnic & Racial Studies

"A sweeping and constructive study. With a deep sense of what sort of creatures we humans are, this book takes us through millennia in the unending quest of people for development and discovery. It suggests that population movements have been the carriers of innovation from one region to others. It will change, if anything can, the way governments and international organizations view immigration policy."—Edmund S. Phelps, Nobel Prize-winning economist

"Migration is not a zero-sum game; it brings great benefits to the receiving country, the sending country, and to migrants themselves. That is the clear message of the evidence from history, economics, and the social sciences more generally. This wise book assembles that evidence in a very thoughtful, careful, and scholarly way, making an enormous contribution to this crucial subject and providing fundamental guidance on one of the key issues of our times."—Nicholas Stern, London School of Economics and Political Science

"In capturing the full sweep of immigration as a key part of human experience and development from the remote past to the distant future, Exceptional People strikes a perfect balance between sympathetic understanding of the basic motivations to migrate and hardheaded pragmatism with respect to government policy. The authors' narrative is insightful, clear-eyed, and deftly written, and will engage the attention of both experts and the interested lay audience."—Michael Oppenheimer, Princeton University

"The fear of the outsider is a pervasive feature of Western culture. Yet, as the authors show so powerfully, we all owe our origins to historical migrations. Migrants are indeed exceptional people who enrich our societies and boost our economies by challenging conventional ways of doing things. This book reveals that migration is an essential part of human development and that we lose a great deal through widespread perceptions of migration as a problem. The global migration agenda proposed in this highly readable book shows how potential downsides could be reduced and enormous benefits realized."—Stephen Castles, coauthor of The Age of Migration

"In public discourse, migration may be the subject that minimizes the ratio of clarity to volume. The authors deserve high praise for joining this discussion with the quiet and clear yet firm voice that is the hallmark of economic analysis at its best."—Paul Romer, Stanford University

"This clear and lively book is the most skillful articulation of the case for the liberalization of international migration. The authors consistently present migration's benefits, but do not ignore migration's costs or shy away from controversy. It makes an important argument on an important subject, and deserves to be widely read."—Kathleen Newland, Migration Policy Institute