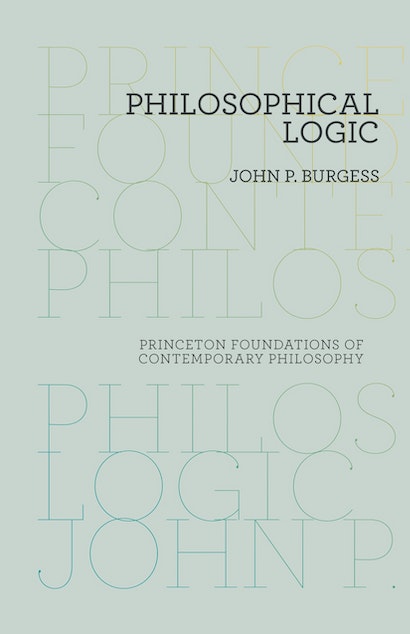 Philosophical Logic is a clear and concise critical survey of nonclassical logics of philosophical interest written by one of the world’s leading authorities on the subject. After giving an overview of classical logic, John Burgess introduces five central branches of nonclassical logic (temporal, modal, conditional, relevantistic, and intuitionistic), focusing on the sometimes problematic relationship between formal apparatus and intuitive motivation. Requiring minimal background and arranged to make the more technical material optional, the book offers a choice between an overview and in-depth study, and it balances the philosophical and technical aspects of the subject.

The book emphasizes the relationship between models and the traditional goal of logic, the evaluation of arguments, and critically examines apparatus and assumptions that often are taken for granted. Philosophical Logic provides an unusually thorough treatment of conditional logic, unifying probabilistic and model-theoretic approaches. It underscores the variety of approaches that have been taken to relevantistic and related logics, and it stresses the problem of connecting formal systems to the motivating ideas behind intuitionistic mathematics. Each chapter ends with a brief guide to further reading.

Philosophical Logic addresses students new to logic, philosophers working in other areas, and specialists in logic, providing both a sophisticated introduction and a new synthesis.

John P. Burgess is professor of philosophy at Princeton University. His books include Fixing Frege and Truth, which was cowritten with his son, Alexis G. Burgess.

"Burgess has managed to pack an amazing amount of good material into this short monograph, and it can be confidently recommended to any philosopher who wishes to go beyond an introductory logic course and venture into the wilds of philosophical logic. The technical details are of necessity sketchy, but the author provides the reader with helpful lists for further reading at the end of each chapter, as well as a good bibliography. This is an excellent little book, and deserves wide success."—Alasdair Urquhart, Notre Dame Philosophical Reviews

"This book is interesting and useful. It enables readers to learn much in a short time. . . . It could be valuable for philosophers working in metaphysics and the philosophy of language who are not logic specialists."—Stephen McLeod, Philosophy in Review

"[A] good starting point for exploring philosophical questions about logic, importantly by pondering the reasons for Burgess' sympathies and antipathies."—Paloma Nrez-llzarbe, Mathematical Reviews

"Burgess does an admirable job of giving intuitive explanations of the concepts. . . . This book provides a solid overview of several important fields of philosophical logic. It gives the reader a crash course in a few, select, areas and points the reader in the right direction for more information."—Jared Smith, Plurilogue

"Burgess does an admirable job of giving intuitive explanations of the concepts. . . . The book provides a solid overview of several important fields of philosophical logic. It gives the reader a crash course in a few, select, areas and points the reader in the right direction for more information in a given part of the field. It is not a bad choice for a student interested in what is out there in the philosophical logic field, so long as he or she accepts the dense technicalities."—Jared Smith, Plurilogue

"Nicely done and very useful for someone who wants a compact and accessible introduction to nonclassical logic."—Kit Fine, New York University

"This book is terrific. It covers the basics of philosophical logic in a lively, interesting, and informative way. Readers do not have to wade through pages and pages of technical material. Instead, they get the basics, and the big picture."—Stewart Shapiro, editor of The Oxford Handbook of Philosophy of Mathematics and Logic