A radically new view of the nature and purpose of consciousness 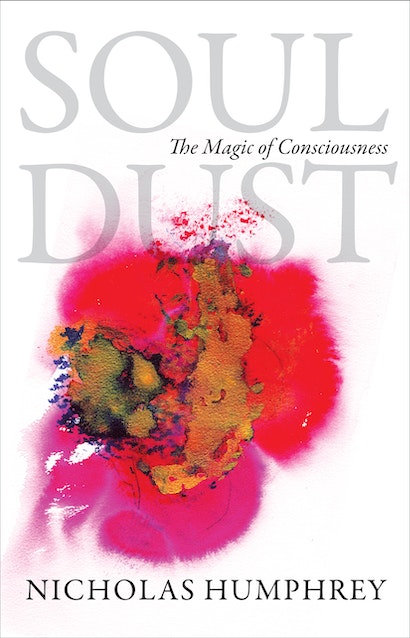 How is consciousness possible? What biological purpose does it serve? And why do we value it so highly? In Soul Dust, the psychologist Nicholas Humphrey, a leading figure in consciousness research, proposes a startling new theory. Consciousness, he argues, is nothing less than a magical-mystery show that we stage for ourselves inside our own heads. This self-made show lights up the world for us and makes us feel special and transcendent. Thus consciousness paves the way for spirituality, and allows us, as human beings, to reap the rewards, and anxieties, of living in what Humphrey calls the “soul niche.”

Tightly argued, intellectually gripping, and a joy to read, Soul Dust provides answers to the deepest questions. It shows how the problem of consciousness merges with questions that obsess us all—how life should be lived and the fear of death. Resting firmly on neuroscience and evolutionary theory, and drawing a wealth of insights from philosophy and literature, Soul Dust is an uncompromising yet life-affirming work—one that never loses sight of the majesty and wonder of consciousness.

Nicholas Humphrey has held posts at Oxford and Cambridge universities, and is now professor emeritus of psychology at the London School of Economics. His many books include A History of the Mind and Seeing Red.

"Soul Dust, Nicholas Humphrey's new book about consciousness, is seductive—early 1960s, 'Mad Men' seductive. His writing is as elegant, and hypnotic, as that cool jazz stacked on the record player. His argument feels as crystalline and bracing as that double martini going down, though you might find yourself a little woozy afterward. And his tone is as warm and inviting as that big, crackling fire, even if the dim flicker does leave things a bit obscure in the corners. . . . [Soul Dust] is not only thoroughly enjoyable but genuinely instructive too."—Alison Gopnik, New York Times Book Review

"Eloquent. . . . Scientists are often accused these days of overlooking the awe and wonder of the world, so it's exciting when a philosopher puts that magic at the very heart of a scientific hypothesis."—Matt Ridley, Wall Street Journal

"Humphrey, the psychologist who discovered blind sight, combines the latest research on neurology and psychology with age-old philosophical questions about the nature of perception and sensation."—PublishersWeekly.com

"Humphrey begins where Crick and others have left off. . . . [He] has laid out a new agenda for consciousness research."—Michael Proulx, Science

"How is consciousness possible? In Soul Dust: The Magic of Consciousness, psychologist Nicholas Humphrey, a leading figure in consciousness research, proposes a startling new theory. Consciousness, he argues, is merely a magic show we stage inside our heads. This show has allowed humans to become aware of themselves and their surroundings."—Victoria Stern, Scientific American Mind

"[Nicholas Humphrey's] new book is a beautifully written and highly original essay. . . . He is right to focus on the notion of the soul, and to emphasize the degree to which we humans are 'connoisseurs of consciousness'. . . . [F]ew consciousness enthusiasts have succeeded so well."—Adam Zeman, Standpoint

"It was a pleasure to engage with the book Soul Dust."—Ben Ehrlich, Beautiful Brain blog

"[I] highly recommend Soul Dust for anyone looking to get a better understanding of consciousness."—Gary Williams, Minds and Brains blog

"Nicholas Humphrey's Soul Dust tells its story from the beginning. Humphrey, an eminent English psychologist, aims to explain what a soul is, and to show, from an evolutionary perspective, why it's useful to have one. His conclusion, explained in readable prose, and illustrated with easily-comprehended evidence and examples from science, philosophy, and literature, is that the soul is 'not so much a physical object as a mathematical object,' and that its evolutionary usefulness lies in making 'life more worth living.' Its relaxed prose disguises the book's boldness: Soul Dust is ambitious, and just about as zany, as Freud's Civilization and Its Discontents."—Josh Rothman, BostonGlobe.com's Brainiac blog

"Humphrey takes us on a journey that stimulates and educates, leaving our ipsundrum all the richer, if more lonely."—Douglas K. Candland, PsycCritiques

"Humphrey offers an ingenious and crucial account of how it is that each of us experiences solely our own sensations, however much or little these echo what others report."—San Francisco Chronicle

"Once again, Humphrey gives readers a provoking look at the mystery of consciousness. A follow-up to his Seeing Red: A Study in Consciousness, this volume focuses on the 'hard problem' of consciousness. . . . Often poetic, Humphrey draws not only on the philosophers and neuroscientists who are central in the debates about consciousness but also cites the work of theologians, literary figures, and, yes, poets to illustrate how central the motive of transcendence is to the consciousness of the human being. Even those who disagree with Humphrey's premise or conclusions will want to read this book."—Choice

"Consciousness is an immensely complex and, yes, evolved characteristic of life that should be studied from the ground up rather than the top down. This is precisely why Nicholas Humphrey's book . . . is so important. . . . The general outlook to consciousness on which he bases the book is definitely one that should not have taken this long to get noticed. Cognitive science as we know it today would be very different if the views presented in this book had been adopted sooner."—Frank Saunders, Dialogue

"Humphrey has read widely not just in philosophy and the sciences, but in the arts and humanities as well. In presenting the fullness of human life made possible by human consciousness, he quotes incisively from artists and poets ranging from Elizabeth Barrett Browning and A. A. Milne to Wassily Kandinsky and Woody Allen. By drawing on sources outside the usual purview of scientific or even philosophical discussions of consciousness, Humphrey presents a richer understanding of what it means to be human than do most writers in the field, and we owe him a debt of gratitude for that."—Paul Johnston, Commonweal

"The book is a pleasure to read; Humphrey writes with clarity, elegance, and enthusiasm. I urge you to read this book. It may change your mind about consciousness; it has changed mine."—Keith Frankish, Philosophical Quarterly

"Just as fairy dust sprinkled on the mundane world turns it to gold, soul dust converts animal flesh into the enchanted world of sensation and self-consciousness. The result is illusion, but the illusion in which we live. This challenging and original book combines scientific rigor and exquisite sensitivity to the thoughts of philosophers, poets, writers, religious thinkers, and humanists. A delightful and thought-provoking tour de force."—Simon Blackburn, author of Think: A Compelling Introduction to Philosophy

"As protean as consciousness itself, Nicholas Humphrey culls from neuroscience, evolutionary biology, psychology, anthropology, philosophy, and poetry to create a spirited and impassioned intellectual adventure."—Rebecca Newberger Goldstein, author of 36 Arguments for the Existence of God: A Work of Fiction

"Humphrey, a theoretical psychologist at the top of his game, combines the romantic spirit of a Shelley or Keats with the razor-sharp intellect of a Sherlock Holmes. Here he brings his incisive mind to bear on one of the great riddles of science—the evolutionary origin of consciousness—and presents the best-yet solution to the supposedly insuperable problem."—V. S. Ramachandran, author of The Tell-Tale Brain: A Neuroscientist's Quest for What Makes Us Human

"Scientists sometimes stand accused of missing the magic as they reduce nature to explanations. In this surprising and poetic book, Nicholas Humphrey does the opposite: he delves into the brain and discovers that the magic is the whole point of consciousness."—Matt Ridley, author of The Red Queen: Sex and the Evolution of Human Nature

"Soul Dust is a must-read for everyone who wonders about the mystery of consciousness. Humphrey has come as close as any scientist ever has to solving the 'hard problem.'"—Arien Mack, New School for Social Research

"Nicholas Humphrey is a gifted scientific humanist who is able to integrate an extraordinary range of work from cognitive neuroscience, literature, and philosophy in offering his answer to the questions of what consciousness is, why it was selected for, and how it both causes and solves the problems of the meaning of life. This is a provocative book from a sparkling writer."—Owen Flanagan, Duke University