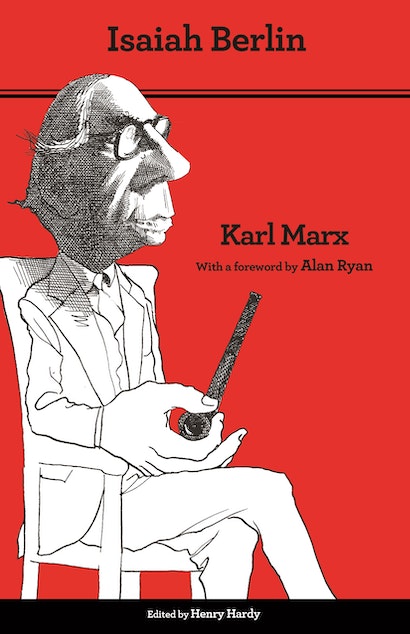 Isaiah Berlin’s intellectual biography of Karl Marx has long been recognized as one of the best concise accounts of the life and thought of the man who had, in Berlin’s words, a more “direct, deliberate, and powerful” influence on mankind than any other nineteenth-century thinker. A brilliantly lucid work of synthesis and exposition, the book introduces Marx’s ideas and sets them in their context, explains why they were revolutionary in political and intellectual terms, and paints a memorable portrait of Marx’s dramatic life and outsized personality. Berlin takes readers through Marx’s years of adolescent rebellion and post-university communist agitation, the personal high point of the 1848 revolutions, and his later years of exile, political frustration, and intellectual effort. Critical yet sympathetic, Berlin’s account illuminates a life without reproducing a legend.


New features of this thoroughly revised edition include references for Berlin’s quotations and allusions, Terrell Carver’s assessment of the distinctiveness of Berlin’s book, and a revised guide to further reading.

"[Berlin's] book, a perennial classic, has all the virtues of Berlin himself: charm, erudition, and (occasionally) grandiloquence."—Peter E. Gordon, New Republic

"The best brief account of the life and thought of Marx."—Saturday Review

"Exceptional . . . . [A]s a portrait of the man and the intellectual climate of the mid-nineteenth century it is, perhaps, the finest we have."—Chimen Abramsky, Jewish Chronicle

"[Berlin's] accounts of Marx's theses are sometimes more effective than Marx's own words, and his descriptions of Marx as a man are remarkably vivid."—H. B. Acton, Political Studies

"Berlin's attitude to his subject is exemplary, and on the whole it is the best introduction to it that we have. . . . [The book] makes Marx intelligible, both as a person and as a thinker."—A. L. Rowse, Political Quarterly

"Isaiah Berlin's Karl Marx remains fresh and engaging and continues to stand as a compelling portrait of Marx's character, historical context, and fierce intellectual and political struggles. In Berlin's unique manner, the book fuses deft descriptions of ideas, colorful personalities, and social and political movements viewed within the broad sweep of history. His prose is precise and eloquent, often pithy, and never obscure. And the commentaries by Alan Ryan and Terrell Carver are excellent accompaniments to the volume."—Steven Lukes, New York University

"The author's admirable ability to translate many abstruse and obscure notions of Marxism into a clear language and his virtuosity in showing connections between personalities, characters, and attitudes on the one hand and doctrinal issues on the other are unparalleled in the existing literature."—Leszek Kołakowski, author of Main Currents of Marxism