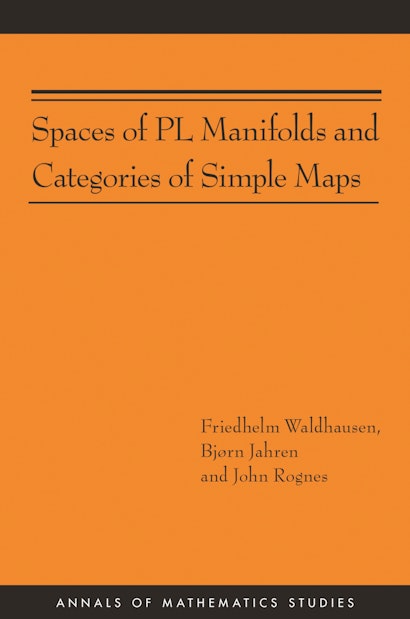 Since its introduction by Friedhelm Waldhausen in the 1970s, the algebraic K-theory of spaces has been recognized as the main tool for studying parametrized phenomena in the theory of manifolds. However, a full proof of the equivalence relating the two areas has not appeared until now. This book presents such a proof, essentially completing Waldhausen’s program from more than thirty years ago.


The main result is a stable parametrized h-cobordism theorem, derived from a homotopy equivalence between a space of PL h-cobordisms on a space X and the classifying space of a category of simple maps of spaces having X as deformation retract. The smooth and topological results then follow by smoothing and triangulation theory.


The proof has two main parts. The essence of the first part is a “desingularization,” improving arbitrary finite simplicial sets to polyhedra. The second part compares polyhedra with PL manifolds by a thickening procedure. Many of the techniques and results developed should be useful in other connections.

"The book has been written with enormous patience but it is not for impatient readers. For me, appreciation came gradually with meditations on the vast historical context of the book and the fascinating pitfalls of combinatorial topology."—Michael Weiss, Jahresber

"It is a welcome event, after 35 years, to have available a complete proof of Waldhausen's program."—Bruce Hughes, Zentralblatt MATH