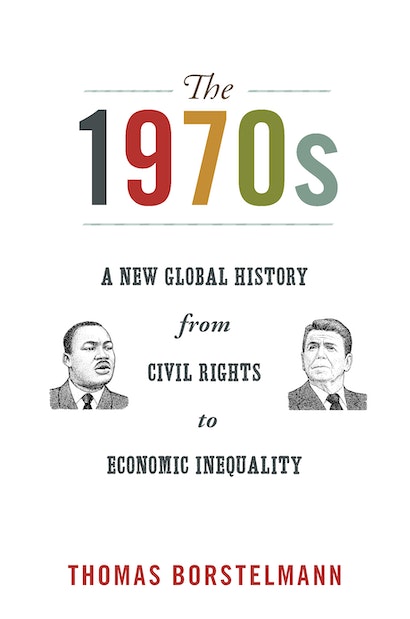 The 1970s looks at an iconic decade when the cultural left and economic right came to the fore in American society and the world at large. While many have seen the 1970s as simply a period of failures epitomized by Watergate, inflation, the oil crisis, global unrest, and disillusionment with military efforts in Vietnam, Thomas Borstelmann creates a new framework for understanding the period and its legacy. He demonstrates how the 1970s increased social inclusiveness and, at the same time, encouraged commitments to the free market and wariness of government. As a result, American culture and much of the rest of the world became more—and less—equal.

Borstelmann explores how the 1970s forged the contours of contemporary America. Military, political, and economic crises undercut citizens’ confidence in government. Free market enthusiasm led to lower taxes, a volunteer army, individual 401(k) retirement plans, free agency in sports, deregulated airlines, and expansions in gambling and pornography. At the same time, the movement for civil rights grew, promoting changes for women, gays, immigrants, and the disabled. And developments were not limited to the United States. Many countries gave up colonial and racial hierarchies to develop a new formal commitment to human rights, while economic deregulation spread to other parts of the world, from Chile and the United Kingdom to China.

Placing a tempestuous political culture within a global perspective, The 1970s shows that the decade wrought irrevocable transformations upon American society and the broader world that continue to resonate today.

Thomas ("Tim") Borstelmann is the Elwood N. and Katherine Thompson Distinguished Professor of Modern World History at the University of Nebraska-Lincoln. 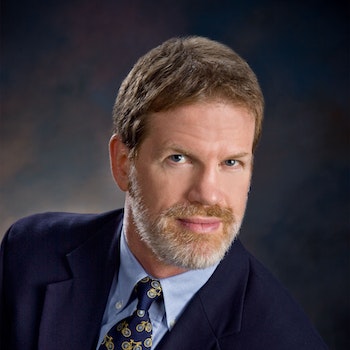 "Keeping contemporary history timely and accessible, Borstelmann shows the significance of 1970s politics, culture, and religion on the following decades. . . . The author's sterling commentary on the rise of the feminist movement, the decline of the Soviet empire, and the New Christian right's courtship of Capitol Hill sets this book apart from other surveys of the 'Me Decade.' Nuggets of genuine insight without any social agenda are found frequently within these pages."—Publishers Weekly

"[T]his is an ambitious and important work that skillfully analyzes all aspects of the seventies and defines its legacy for present times."—Karl Helicher, ForeWord Reviews

"What sets this book apart . . . is the author's global approach, making clear that by the 1970s, while other countries may not have seen the US as the preeminent world leader it had been, it was very much a part of a world in which, thanks largely to technological advantages, boundaries of time and space and even culture were collapsing. Borstelmann also concisely brings readers to the present, concluding that while Americans have become less racist and sexist and more tolerant of diversity and difference, they have as a nation allowed economic inequality to reach near-epic proportions—in other words, the 1 percent versus the 99 percent."—Choice

"Used as a text to enter the field of 1970s U.S. history the book excels and should receive wide readership. The study is accessible, very well written and incorporates much recent 1970s literature. . . . The 1970s is an important addition to the growing body of literature focused on the decade."—Nick Blackboum, 49th Parallel

"Thomas Borstelmann provides us with a significant addition to a growing body of literature on the decade. More than an exhaustive survey of American politics, culture, and society in the seventies (a considerable achievement in itself), the study focuses on what Borstelmann brilliantly identifies as the central crux of the decade. . . . Borstelmann has written a thought-provoking, lucid, and at-times brilliant account of American culture, society, and politics in the seventies. . . . [I]f readers approach this book as the capacious and beautifully written history of the United States that it is, they will be richly rewarded."—Natasha Zaretsky, Diplomatic History

"Borstelmann is an excellent synthesis succeeded. His simple thesis offers explanatory power. It is also rarely overused. The beauty of this book is that Borstelmann can interweave different and quite different strands and topics to a text."—Frank Reichherzer, Sehepunkte

"Borstelmann's is a narrative that raises provocative questions. Moreover, it serves as an accessible overview of the 1970s, including political, social, diplomatic and cultural developments. I can easily imagine it being used in a classroom, where it could serve as a jumping-off point for deeper analysis of the important issues raised."—Brian Kennedy, Journal of Transatlantic Studies

"Borstelmann does an excellent job illuminating the role of technology. . . . He is at his best in treatments of environmentalism and religious fundamentalism. . . . An essential volume for anyone seeking to understand the legacy of that decade."—Christian Wright, H-Net Reviews

"The United States and the world have become more integrated and diverse during the last several decades, and this book helps us understand how that transformation came about. Borstelmann locates the origins of the contemporary world in the 1970s and presents by far the most comprehensive and persuasive portrait of that decade. Ranging from politics and ideology to economic globalization and religious fundamentalism, this book makes compelling reading."—Akira Iriye, Harvard University

"With brilliant insight and elegant, lively prose, Thomas Borstelmann makes sense of the seemingly incomprehensible contradictions and complexities of the 1970s. Demonstrating how the United States became both more and less equal, and linking this development to international trends, Borstelmann offers a magisterial global study of a decade that profoundly transformed America and the world. A must-read for anyone who wants to understand our past and present."—Elaine Tyler May, author of America and the Pill: A History of Promise, Peril, and Liberation

"This fascinating and important book shows how the United States simultaneously embraced both egalitarian norms and market principles in the 1970s—resulting in the paradoxical emergence of greater diversity and inclusivity right in tandem with soaring economic inequality. Profoundly thoughtful and beautifully written, The 1970s makes the compelling case that this pivotal decade gave birth to our contemporary political and social life."—Suzanne Mettler, Cornell University

"The importance of the 1970s in explaining contemporary America and large parts of the world cannot be overstated. Borstelmann makes a clear and compelling point about how the decade's developments shaped or played out over the remainder of the century and beyond. The breadth of the book's material is extremely impressive and utterly up-to-date."—Thomas Bender, author of A Nation Among Nations

"Offering a wide-ranging, general history of the United States in the 1970s, this book brings together a wealth of information, a lively and accessible style, and a persuasive thematic frame. There is no better introduction to this crucial and turbulent decade."—Daniel T. Rodgers, Princeton University